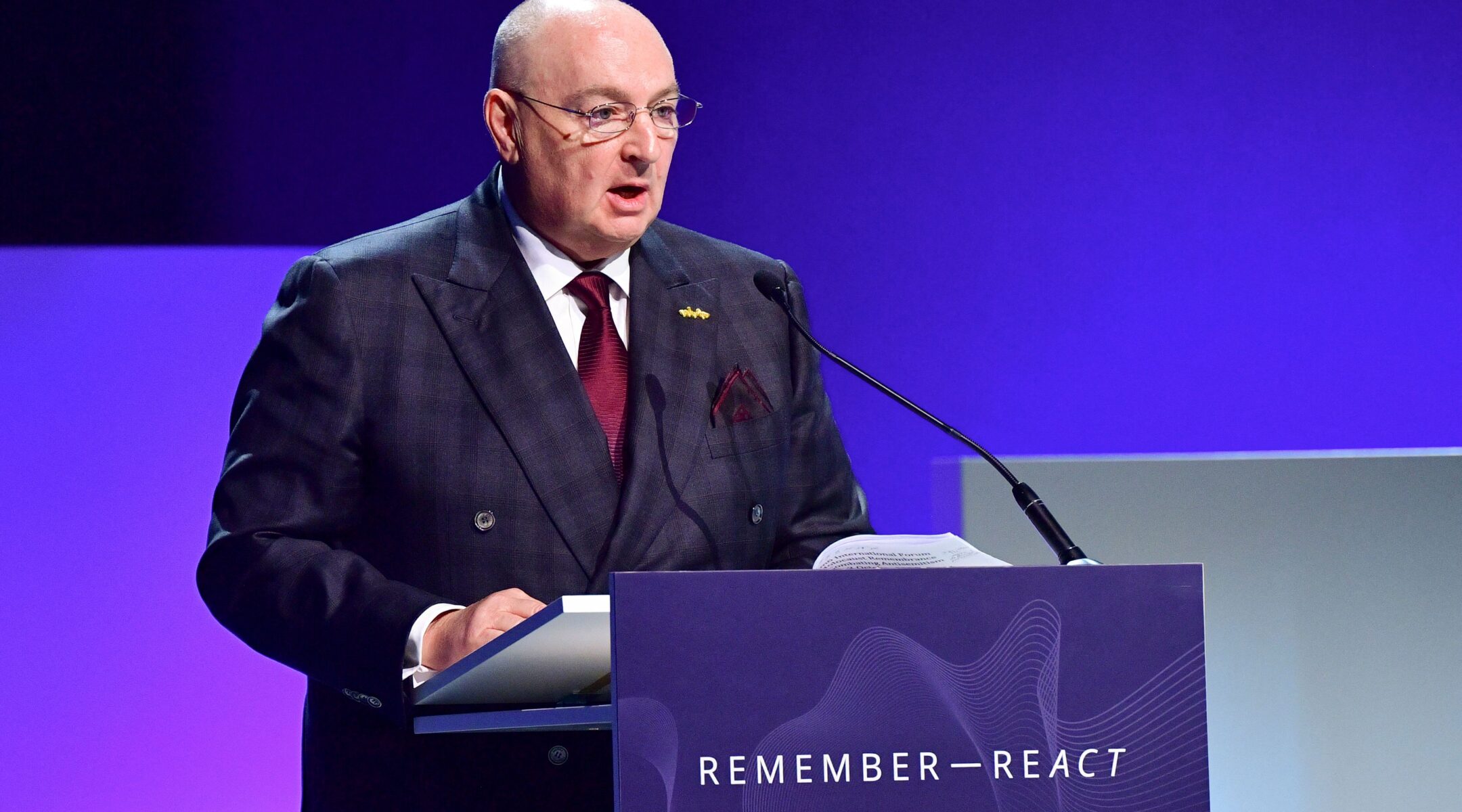 (JTA) — Moshe Kantor, the Russia-born president of the European Jewish Congress, resigned from the Jewish group after the United Kingdom imposed sanctions on him because of his alleged involvement with Russian President Vladimir Putin’s regime.

Kantor, a dual citizen of Russia and Britain who has been living in London for over decade, resigned on Friday following his inclusion earlier in the week in a list of eight people that the British government had decided to punish in connection with Russia’s war on Ukraine.

He is among eight “oligarchs” active in industries “which Putin uses to prop up his war economy,” the British government announced. The sanctions against those people include the freezing of their assets in the United Kingdom.

Kantor is a large shareholder of the publicly traded firm Acron, one of Russia’s largest fertilizer producers.

Kantor’s office characterized his resignation as “stepping back with immediate effect as president,” a post he has led since 2007, of the European Jewish Congress — an umbrella of prominent Jewish community organizations from across the continent. Kantor has been elected three times by the group’s members.

Under Kantor, the EJC has lobbied for legislation against antisemitic hate crimes and has headed crisis readiness efforts in Western European Jewish communities, among other projects.

The World Jewish Congress, whose president Ronald Lauder has had a tense relationship with Kantor, issued a statement Friday noting Kantor’s resignation and explaining its own policy.

In its statement, the European Jewish Congress said it was “shocked by the decision of the British government” to sanction Kantor.

“He is a long-standing and respected Jewish leader, who has dedicated his life to the security and well-being of Europe’s Jewish communities and the fight against antisemitism, racism and xenophobia,” the statement read. “We hope that this decision will be swiftly lifted.”

The board of the European Jewish Congress will convene in the coming days to discuss the group’s future.