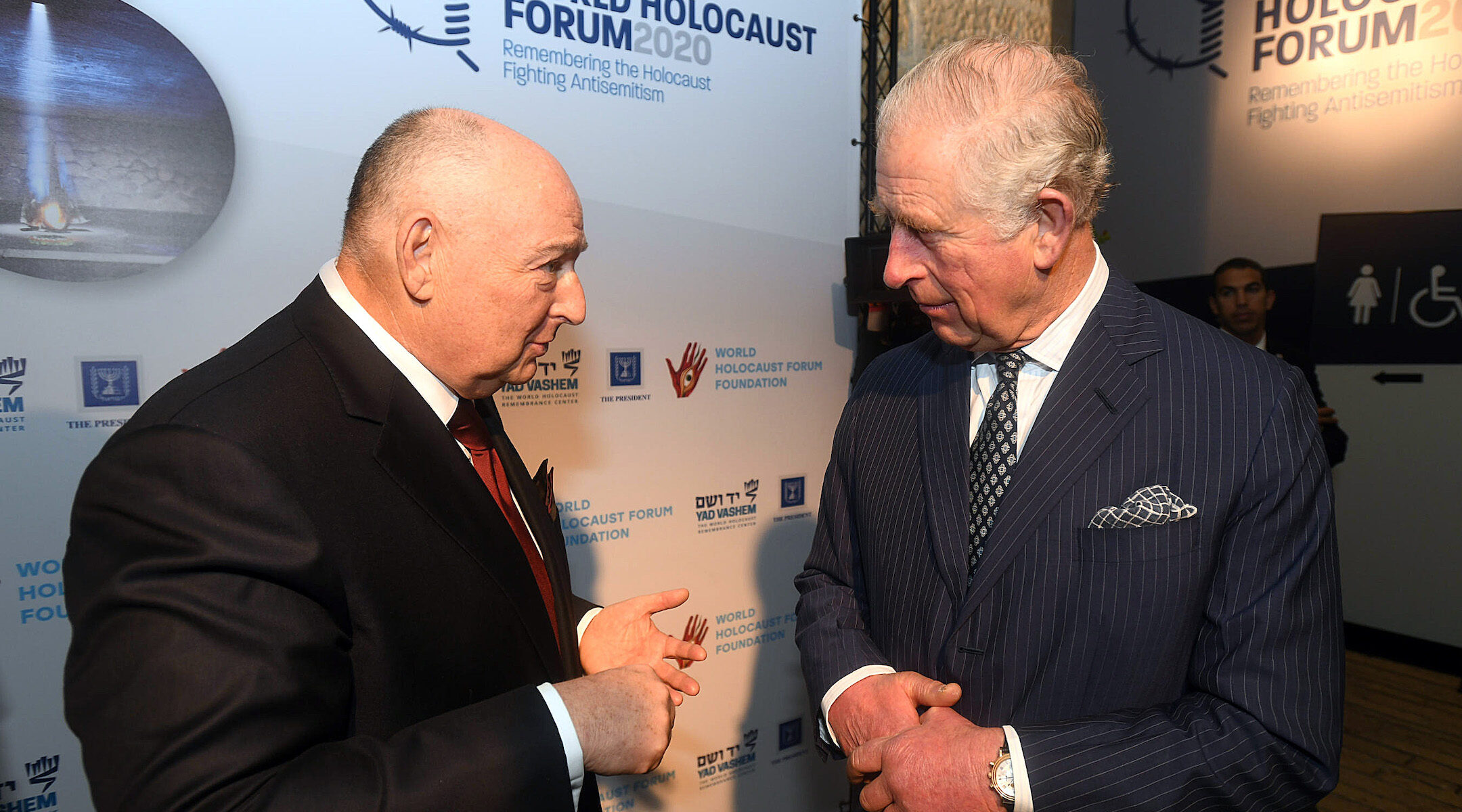 (JTA) – Among the targets of new United Kingdom-imposed sanctions on the regime of Russian President Vladimir Putin announced Wednesday is Moshe Kantor, a billionaire who heads the European Jewish Congress.

The U.K. government cited Kantor’s majority ownership stake in Acron, a fertilizer company “with vital strategic significance for the Russian government,” and said Kantor is among the businessmen who “prop up [Putin’s] war economy.”

Kantor has long rejected claims that he is an ally of Putin. In a statement, the European Jewish Congress said it was “shocked and appalled” by the announcement and called for the sanctions to be reversed.

“The decision is misguided and lacks any factual or evidence-based merit,” the EJC statement said, adding that Kantor “is a long-standing and respected Jewish leader, who has dedicated his life to the security and well-being of Europe’s Jewish communities and the fight against antisemitism, racism and xenophobia.”

It’s Britain’s fifth round of sanctions, which comes as western governments scramble to respond to recent reports of atrocities committed by Russian forces during their invasion of Ukraine.

“Together with our allies, we are showing the Russian elite that they cannot wash their hands of the atrocities committed on Putin’s orders,” Foreign Secretary Liz Truss said in a statement. “We will not rest until Ukraine prevails.”

One thing that sets apart Kantor from these other two oligarchs is his influence and philanthropy in the Jewish world. As the head of the European Jewish Congress, which was established in 1986 to create a united front for European Jewish communities, Kantor is a prominent voice for European Jews. He is also president of the World Holocaust Forum Foundation and the European Council on Tolerance and Reconciliation.

He has donated to the Yad Vashem Holocaust museum, the Anti-Defamation League and Tel Aviv University.

Kantor has been vocal about his children’s exposure to antisemitism in British schools and has also led international initiatives to combat anti-Jewish hatred.

Kantor is not the first Russian Jewish billionaire known for supporting Jewish causes to face sanctions. The most prominent examples are Roman Abramovich, the owner of the English soccer team Chelsea, and the trio of oligarchs behind the Genesis Philanthropy Group.