Russian Jewish oligarchs step down from board of Genesis Group, the Jewish philanthropy they helped found 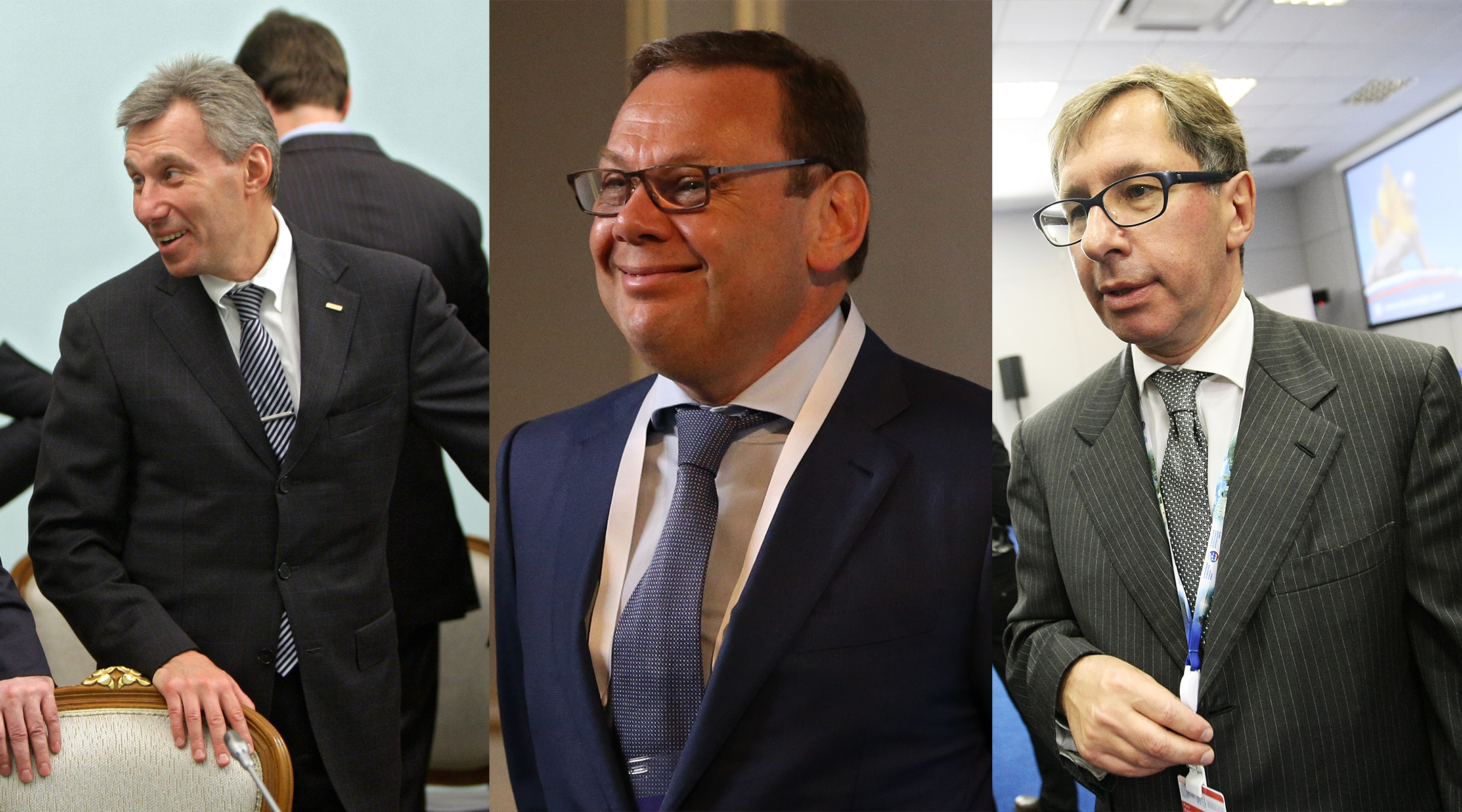 (JTA) — Russian billionaires Petr Aven, Mikhail Fridman and German Kahn have stepped down from the board of Genesis Philanthropy Group, a major funder of Jewish causes founded by the trio, after they were sanctioned in recent days and weeks by the European Union and the United Kingdom.

The billionaires are among the oligarchs targeted by Western sanctions over their longstanding ties to the regime of Russian President Vladimir Putin. With Russia’s invasion of Ukraine now in is fourth week, the crackdown on Russian businessmen and financial institutions has given rise to uncertainty among Jewish charities that have increasingly come to rely on them for funding in recent years.

Genesis announced the trio’s departure on Friday in a widely distributed email. Signed by Genesis chairman Gennady Gazin and CEO Marina Yudborovsky, the announcement praises the Russian billionaires for their record of supporting Jewish philanthropy and makes no mention of the sanctions against them.

“Since our founding, Mikhail Fridman, Petr Aven and German Khan have been the drivers of our ability to strengthen Jewish engagement around the world, and each is personally, deeply passionate about a bright Jewish future,” the announcement says. “In order to assure the ability of GPG to stay true to its mission and build on the foundation we have created over the past 15 years, all three have resigned from the board of directors.”

According to Genesis, the resignations will not affect a recent pledge of $10 million for humanitarian relief in Ukraine.

“We have the necessary financial resources on hand to ensure that the below announcement will not impact those grants or any of the other commitments we have already made,” the announcement said.

The relief money from Genesis will help pay for food distributions, evacuation efforts, and elderly and orphan care in Ukraine being provided by organizations including the Jewish Agency for Israel, American Jewish Joint Distribution Committee and the Federation of Jewish Communities of Ukraine, as well as local Jewish groups.

The organization is perhaps best known for establishing the Genesis Prize, an annual $1 million award, dubbed “the Jewish Nobel,” given to prominent Jewish figures. The award is now administered by the separate Genesis Prize Foundation.

Unlike many charitable foundations, details about Genesis’ finances are not publicly available because it is not chartered as a U.S. nonprofit, which would require it to file annual disclosure forms with the IRS.

Two new board members will replace the Russian billionaires who resigned: Sanford Cardin and Yisrael Goldschmidt.

Cardin is the CEO of Our Common Destiny, an initiative backed by the Israeli government that is dedicated to “increasing mutual understanding between Jews living in Israel and the Diaspora.” He is also a former president of the Charles and Lynn Schusterman Family Foundation, a major funder of Jewish causes, including the Jewish Telegraphic Agency.

Goldschmidt owns Kikar Hashabbat Media Group and is a member of the board of patrons of the Conference of European Rabbis.