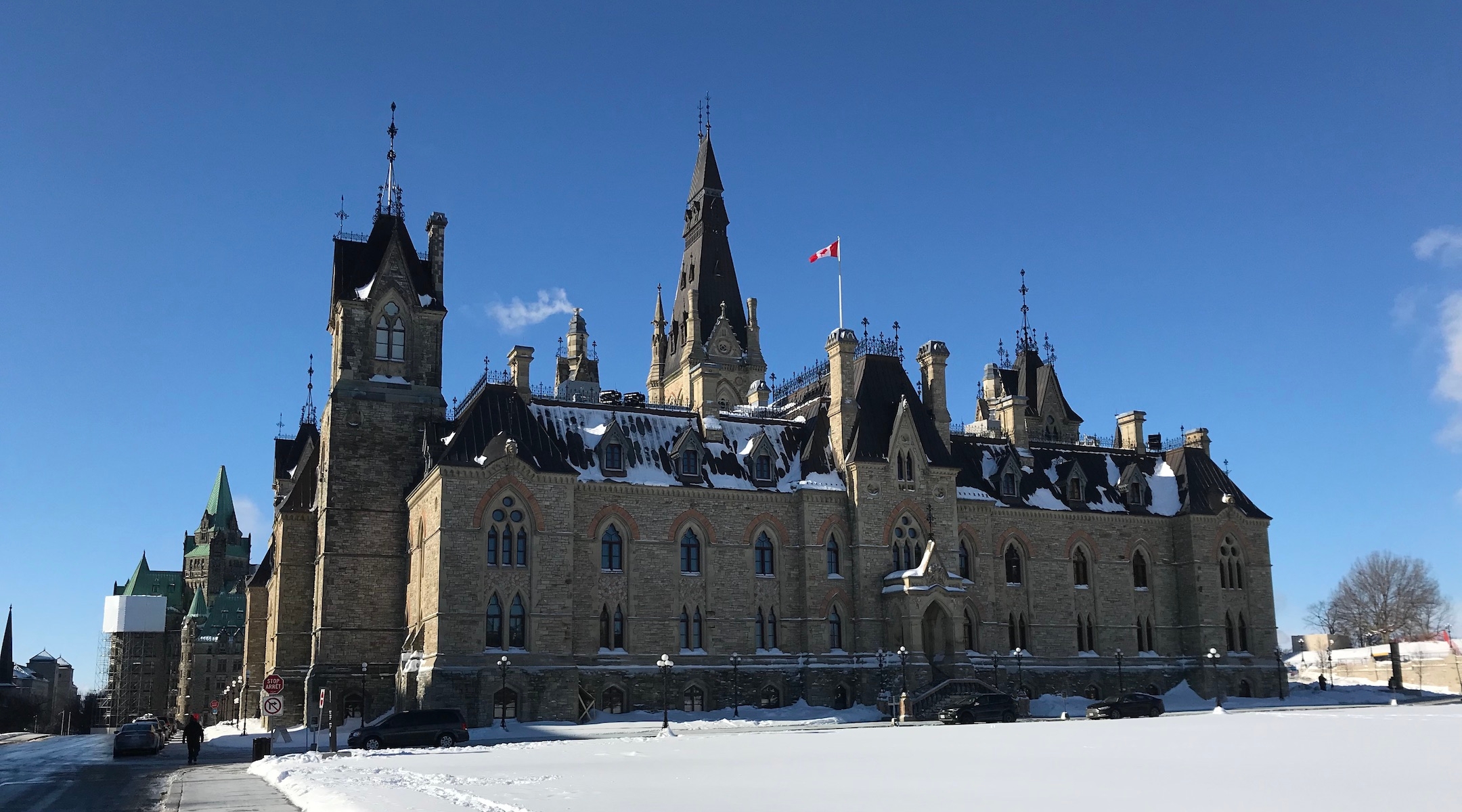 (JTA) — Canada is set to outlaw Holocaust denial, a move that has the backing of the governing Liberal Party government coalition and the opposition Conservative Party.

The CTV reported on Saturday that language adding Holocaust denial to the criminal code is in the must-pass government budget.

Coalition officials cast the change as consistent with existing Canadian laws criminalizing incitement to hatred and promotion of genocide.

“There is no place for antisemitism and Holocaust denial in Canada,” Marco Mendicino, the public safety minister, told CTV.
“That’s why we’ve pledged to prohibit the wilful promotion of antisemitism through condoning, denying or downplaying the Holocaust. The Holocaust was one of the darkest chapters in human history. We must preserve its memory, combat contemporary antisemitism and be unequivocal when we say: never again.”

Irwin Cotler, the veteran human rights activist who is currently Canada’s special envoy on preserving Holocaust remembrance and combating antisemitism, said: “Holocaust denial and distortion constitute a cruel assault on memory, truth, and justice — an antisemitic libel to cover up the worst crime in history — and thereby a cruel and mocking rebuke to Holocaust survivors and their legacy.”

The language echoes a separate law already advanced by a Conservative member of parliament, Kevin Waugh of Saskatchewan. He called the decision a “win for everybody.”

Canada joins a number of European nations, including Germany, that have criminalized Holocaust denial.