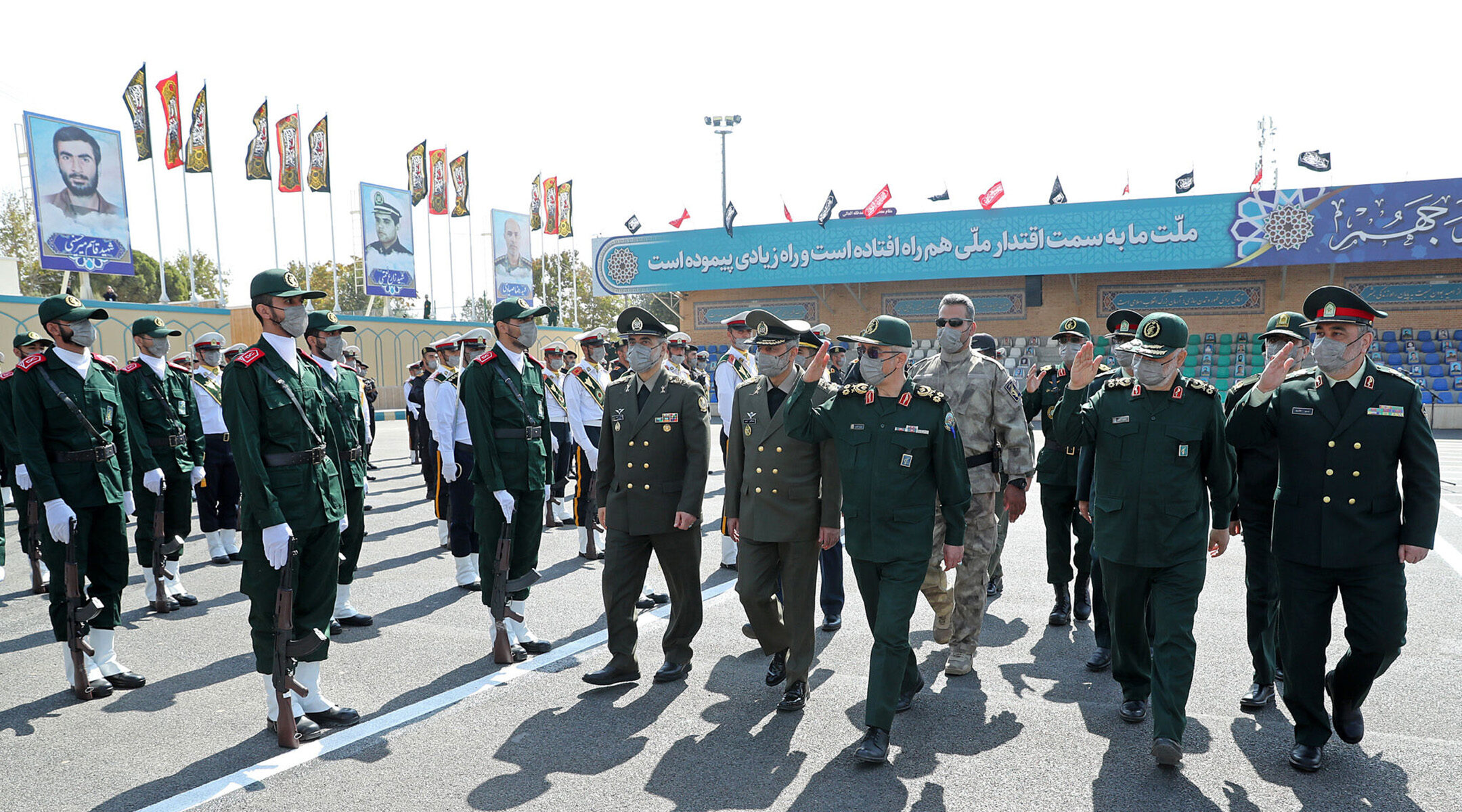 WASHINGTON (JTA) — President Joe Biden is rejecting Iran’s demand that the United States remove the Iranian Revolutionary Guards Corps from the U.S. list of Foreign Terrorist Organizations, a move that has officials pessimistic about the prospects of a U.S. reentry into the Iran nuclear deal.

Iran wants the terrorist designation removed for their military branch as a condition of the U.S. reentry into the deal, David Ignatius, a Washington Post national security columnist, reported on Friday.

An unnamed source told Ignatius: “The onus is on Iran as to whether we have a nuclear deal. The president will stick to core principles. The Iranians know our views.”

Secretary of State Antony Blinken said last week that he is “not overly optimistic at the prospects of actually getting an agreement to conclusion.”

“[T]ime is getting extremely short,” he told NBC’s Andrea Mitchell. “I continue to believe it would be in the best interests of our country if we can get back into compliance with the deal, if Iran will do the same. We’re not there.”

Former President Donald Trump added the IRGC to the terrorist list in 2019, and Biden’s decision to stick with the designation is a rare area of agreement with his predecessor’s foreign policy.

Biden wants to reenter the 2015 nuclear deal, believing it is the best means to keep Iran from acquiring a nuclear weapon. The deal trades sanctions relief for Iran’s agreement to roll back its nuclear program.

In his bid to reenter the deal, however, Biden is mindful of the concerns of allies in the region, including Israel, Saudi Arabia and the United Arab Emirates, who want to make sure that Iran’s malign activities are contained.

The IRGC, which is subject to a host of U.S. sanctions, backs adventurism and terrorism in the region and worldwide.

Trump left the deal in 2018 believing that the better means of pressuring Iran was increased diplomatic and economic pressure. Iran, in relation, resumed parts of its fissile fuel enrichment, and it is now closer than it ever has been to a nuclear weapon.