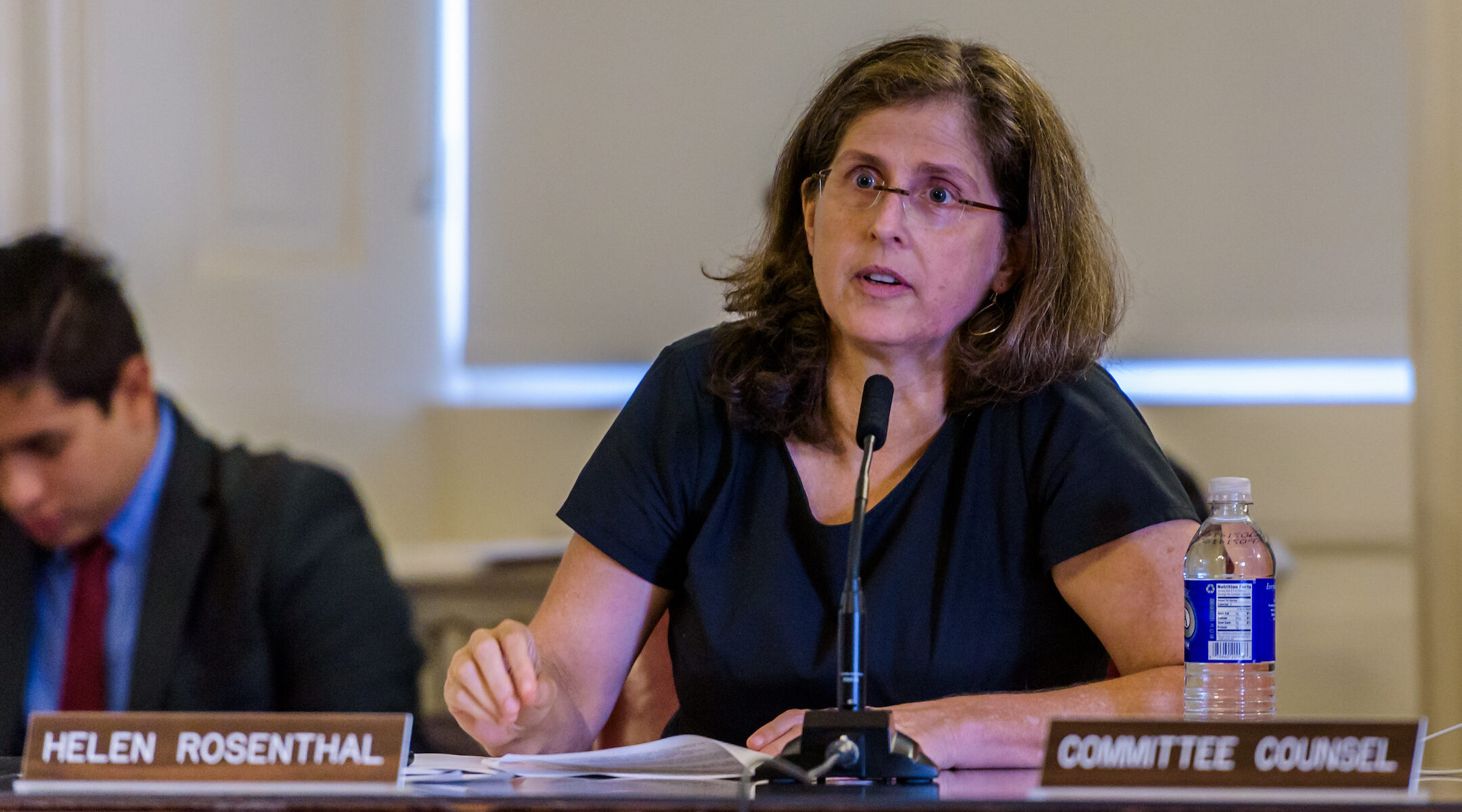 (New York Jewish Week) – In her first week of her first job working for the city’s budget office, Helen Rosenthal sat down with a male colleague and the topic of their salaries came up. The two had the same position, the same qualifications, the same degrees —  but Rosenthal was making $5,000 less.

“He said, ‘Well, eventually I’ll have a family to take care of,” Rosenthal recalled. She went to HR and demanded they pay her the same amount. Luckily, they did.

Still, the event spurred a lifelong awareness of pay disparity between sexes in the workplace. And more than 40 years later, Rosenthal used her position as a City Council member to call attention to the issue. In December, Rosenthal sponsored a bill designed to help minimize the gender wage gap by requiring employers in New York City to post a salary range for every job advertised.

The former Council member — who represented a district that encompassed most of the Upper West Side for eight years, until the end of 2021 —  told the New York Jewish Week that her Judaism helped guide her through this bill and her entire decades-long tenure as a public servant.

“The Jewish values that I grew up with influenced me every day, they are core to who I am,” she said. “Both wanting to give back and help others, but also knowing the importance of asking lots of questions and having intellectual curiosity —  you should be pushing and trying to understand the world and with that, make it a better place.”

Pay equity has also become a cause for advocates in the Jewish nonprofit world, where groups like the Gender Equity in Hiring in the Jewish Community Project, or GEiHP, are trying to close the pay gap in Jewish organizations.

“For us, this is about workers rights, about human rights and about the ways in which we treat each other with honor and respect and care about relationships in the workplace,” said Sara Shapiro-Plevan, the CEO and co-founder of GEiHP. “This is a tide that is sweeping the nation. It’s coming eventually, so either we accept it now or we accept it later.”

Before the pandemic diverted their efforts, GEiHP put out a Google spreadsheet inviting employees at Jewish nonprofits to post their salaries. They have not yet collected data on the gender pay gap within Jewish organizations.

Beverly Neufeld, the CEO of PowHer, a statewide network advocating for gender pay equity that worked with Rosenthal on the bill, also invoked Jewish values. “As a Jewish woman, equity is part of our responsibility, and sense of fairness to our neighbor,” she said.

Shapiro-Plevan explained that women are less likely to apply for a position if they don’t see a salary listed, and they generally start salary negotiations at a lower point than men — and that’s if they negotiate at all. This is sometimes referred to as an “ask gap.” A recent study found that women with resumes similar to their male counterparts ask for nearly 3% less salary during the hiring process.

“If the salary is listed from the beginning, that gender wage gap is eliminated from the first moment that prospective employees interact with an employer,” Shapiro-Plevan said.

According to Bloomberg, New York is the first big city in the U.S to enact such legislation, though several states (including Colorado, Nevada, Connecticut, California, Washington and Maryland) provide salary information with job postings, or when job seekers request it.

The bill, which passed as a provision of the New York City Human Rights Law in January, was set to go into effect on May 15. However, new amendments introduced last week by council members Nantasha Williams and Justin Brannan — whose districts encompass neighborhoods in Southeastern Queens and Bay Ridge, Brooklyn, respectively — could delay its implementation until November 1, and dramatically reduce the impact the law could have.

In a hearing last Tuesday, Williams and Brannan proposed amendments that would exempt companies with fewer than 15 employees from posting salary ranges. It would also exempt companies from listing a salary for jobs that can be done remotely, as well as for general “we are hiring” postings.

Pay equity advocates like Neufeld warn that these amendments would “gut” the bill, and that the changes could exempt up to 58,000 businesses and half a million workers.

Among the arguments produced by opponents is that it would hurt small businesses that aren’t able to pay as much as larger corporations. “I think it’s valid to be concerned about small businesses,” Neufeld said. “But I think that the response to deny all these workers of this protection and this information is the wrong approach.”

These amendments could particularly affect Jewish organizations, Shapiro-Plevan said, by leaving room for a majority of them to exempt themselves from the new law. For example, many synagogues, community organizations and Jewish nonprofits have more than four employees but fewer than 15, she said, and many still allow employees to work from home in suburban areas outside the city.

The bill faced similar opposition before it was passed, namely from Joseph Borelli, Republican Minority Leader of the New York City Council, and Kathryn Wylde, president and CEO of Partnerships for NYC, a non-profit that advocates for large businesses. During last week’s hearing, Wylde argued that the May 15 implementation date was too soon to educate employers on compliance with the law, and worried that certain employers would be sued for offering more to certain candidates than they advertised initially.

Rosenthal disagrees that the law will hurt businesses. “Change is always hard,” she said, “but it benefits businesses for employees to know where they stand in the company and what parameters they are working within. They will strive to be the best employee in order to get the best pay in that parameter, and it would also make things so much easier when you’re doing performance evaluations.”

According to Shapiro-Plevan, Rosenthal’s bill will “absolutely” be key in closing the gender pay gap. “While things are changing, they’re not changing fast enough,” she said. “There are a number of factors that are really preventing those shifts from taking place. At the fore are really issues of gender bias in hiring, in employment processes and in advancement in the workplace. The issue of salary range transparency is key to that.”

The proposed legislation has not been scheduled for a vote yet, but if the law remains unchanged, New York will join seven other states with similar laws regarding salary transparency.

Having retired from her city council position, Rosenthal is enjoying having more time to read, spend time with friends and family, bike in Central Park, and visit her neighborhood’s museums and restaurants, though she continues to advocate for the causes she championed during her tenure — affordable housing, school overcrowding, homelessness and, of course, pay equity.

“At every turn during my entire career, I’ve been aware that my male counterparts get paid more than I would and it’s expected that they would be paid more,” she said. ““I’m excited about the bill. I’m excited to see what the effect is. It’s about transparency. Employers want to be able to be in control of how much they pay everyone and they would like the reasons to be private. Once you shine a spotlight on it, then you can start to chip away at opportunities for pay equity.”