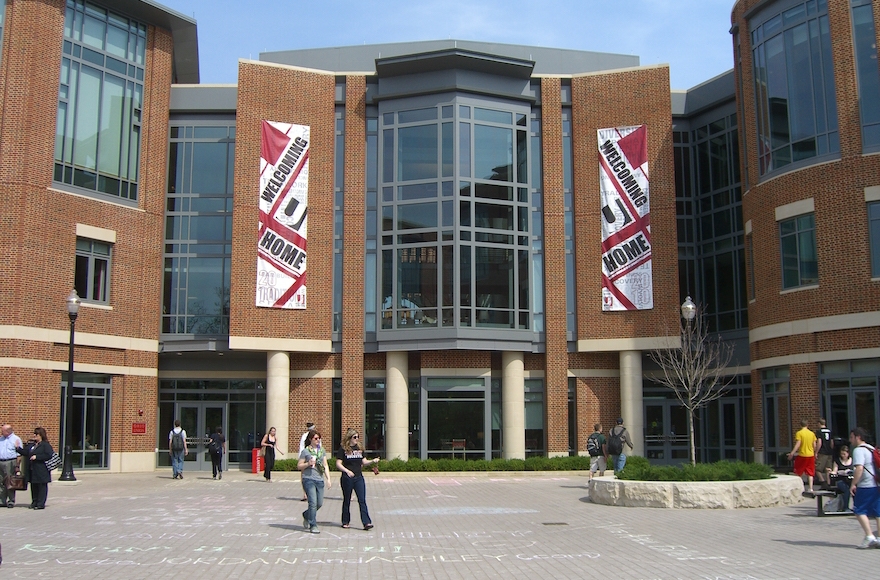 (Cleveland Jewish News via JTA) — The outgoing student body president at The Ohio State University nixed an Israel boycott resolution after intense opposition to it from local Jewish groups and state politicians.

Jacob Chang declined to sign the resolution by the school’s student senate that called for the trustees to divest from two companies doing business in Israel.

The resolution, initially approved after a vote on April 6, called for OSU to divest interest in the construction-equipment manufacturer Caterpillar and the computer company Hewlett Packard because of their business interests in Israel. It was the first resolution to boycott, divest from or sanction Israel to be approved by the student government at the school, which — with a student body of more than 67,000 — is the third-largest university in the country.

Local Jewish groups including JewishColumbus, the area federation’s arm, had called on the university to oppose it; the university said in a statement that it would “carefully study” the resolution.

Politicians also got involved in the fight, with Ohio Treasurer Robert Sprague issuing a statement urging the students not to adopt the resolution. Sprague noted that, as a member of the state’s general assembly in 2018, he helped pass “anti-BDS legislation” that, in the manner of other state anti-BDS measures, prohibits any state agency from doing business with any vendor that boycotts Israel.

That legislation was invoked by the local Jewish community relations council in a statement condemning the resolution.

OSU senior and alternate student senator Ethan Wolf, who opposed the resolution and who said his father had protested the neo-Nazi march in Skokie, Illinois, in 1979, read Sprague’s letter out loud at the resolution’s debate in an attempt to filibuster the vote. He said he was shouted down.

“The university needs to come out strongly condemning this resolution by the student government that clearly violated students’ rights to debate and cross-examine this anti-Israel, antisemitic resolution,” said Joel Marcovitch, president and CEO of JewishColumbus.

Joseph Kohane, executive director of Ohio State University Hillel, also accused the school’s student government of “effectively silencing the hundreds of Jewish students who came out to speak against this antisemitic resolution.” He said more than 300 Jewish and pro-Israel students had mobilized against the resolution.

Rabbi Levi Andrusier of the Schottenstein Chabad House at Ohio State said he would be meeting with OSU’s president to discuss the resolution.

HP and Caterpillar are frequent targets of BDS proponents because they contract with the Israeli Defense Forces and their equipment is used in raids and demolitions of Palestinian homes.

Becca Powers, the Israel Coalition on Campus fellow at Ohio State and vice president of Buckeyes for Israel, said she is concerned about the aftermath of the resolution and was disappointed that Jewish students were “silenced” at the April 6 meeting.

“My concerns relate to antisemitism and the inevitable rise of antisemitism that occurs after these BDS resolutions,” said Powers, a native of the Cleveland suburb of Shaker Heights who is studying business and psychology. “I’m so thankful that the Jewish community has come together as much as they have and supported each other and therefore each other and really have advocated for themselves.”

Chang, a citizen of China, did not say why he allowed the resolution to expire without his signature, although a former colleague on the student government told the campus newspaper that he had concerns over his status as an international student.

Also last week at OSU, university officials ordered a professor who had used the phrase “Jew down” several times in a class lecture to attend cultural sensitivity training.

A version of this story was originally published in the Cleveland Jewish News and is reprinted with permission.