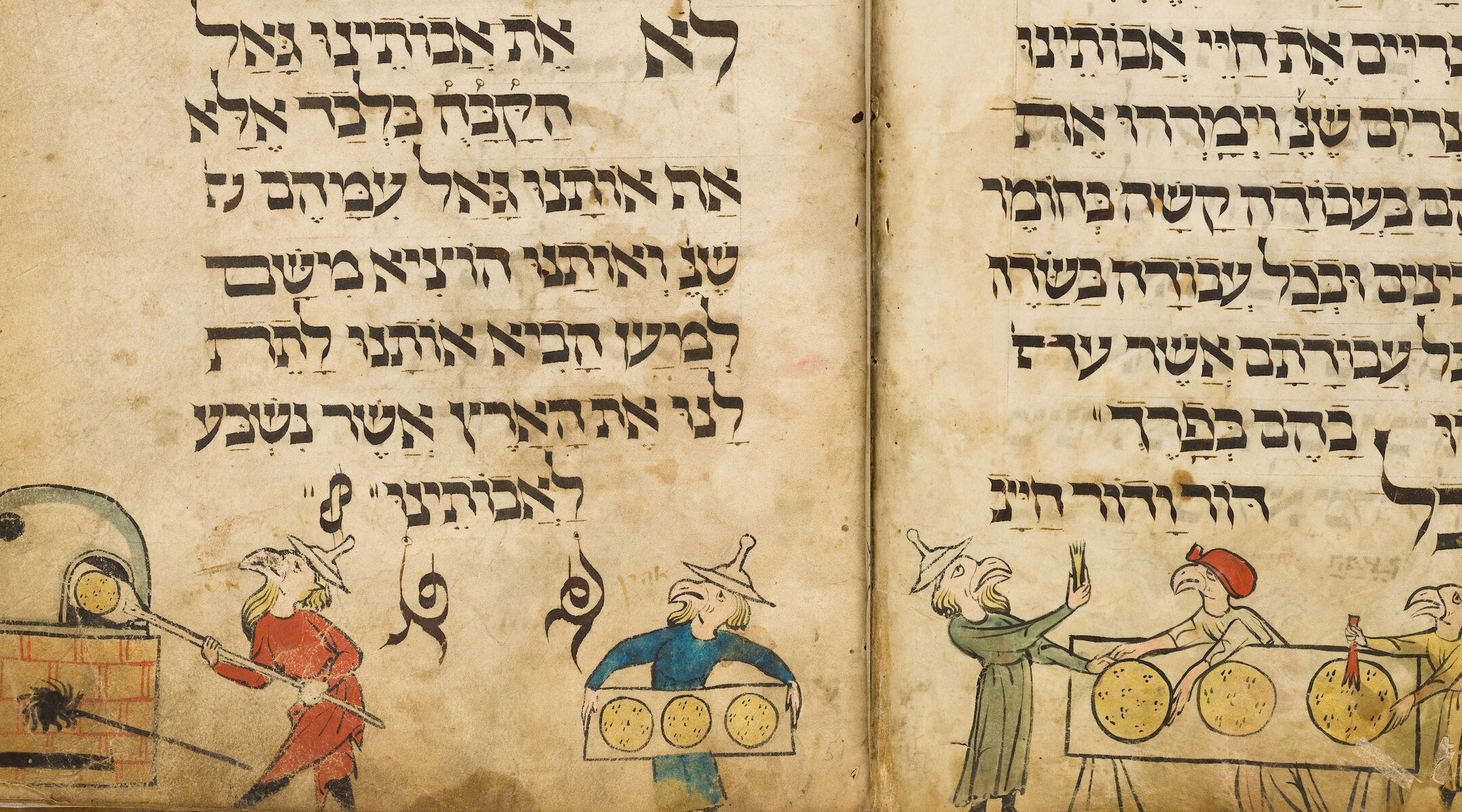 (JTA) — Just days before Jews around the world gather with their families and friends to read the Haggadah as part the Passover holiday, one family of reunited Holocaust survivors filed a lawsuit to reclaim a 700-year-old haggadah that they say was lost to them during the rise of Nazi Germany.

Since 1946, the Birds’ Head Haggadah has been in the possession of the Israel Museum in Jerusalem where it has been examined by countless scholars and displayed prominently for millions of visitors who have passed it by.

The medieval manuscript features illustrated figures with human bodies and bird heads laboring to make the traditional matzah bread eaten during Passover in commemoration of the biblical exodus from Egypt.

“The Birds’ Head Haggadah is one of the worlds’ most famous medieval Jewish manuscripts,” said Michelle Margolis, a Judaica librarian at Columbia University. “The distinctiveness of the bird-headed Jews — in medieval Jews’ hats! — has intrigued art historians, scholars, and the general public for generations.”

According to the lawsuit filed in state court in Manhattan last week, the haggadah rightfully belongs to the heirs of Ludwig Marum, a German Jew who served in Germany’s parliament until 1933 when the Nazis arrested him. They murdered him in April 1934, making him among the earliest victims of the Holocaust.

Marum’s four living grandchildren, three of whom are Holocaust survivors, discovered their familial ties late in life, and have been endeavoring for years to establish ownership of the haggadah. Their claims became public in 2016 when the heirs said the book had been stolen and only resurfaced in 1946 in Mandatory Palestine when the museum’s predecessor purchased it without permission from the family.

The Marum descendants say the haggadah is worth $10 million. A Jewish prayer book from the same era with similar illustrations was sold last year for $8.3 million.

A spokesperson for the museum rejected the claims in the lawsuit, saying that Marum’s late daughter Elisabeth Lunau had given her permission for the museum to keep the manuscript. Lunau learned of the haggadah’s purchase by the museum in 1950, and in 1984, she visited Israel the museum, writing a letter to say that the haggadah should remain in the museum “for the benefit of the public,” according to a statement from the museum.

“It is unfortunate that 40 years after Elizabeth Lunau wrote to the Israel Museum that the Haggadah should remain in its collection, her daughter, niece, and nephews are suing the Museum with an attempt to undo her wishes,” the statement says.

But the Marum grandchildren dispute the museum’s version of events, according to The Art Newspaper.

“The museum well knows that Elisabeth considered suing the museum, and refused to relinquish the family’s ownership of the Haggadah,” a lawyer for the grandchildren told The Art Newspaper. “The fact that Elisabeth believed, as do the heirs today, in allowing the public to access to the Haggadah, does not give the museum any basis to claim ownership to the family property, then, or today.”