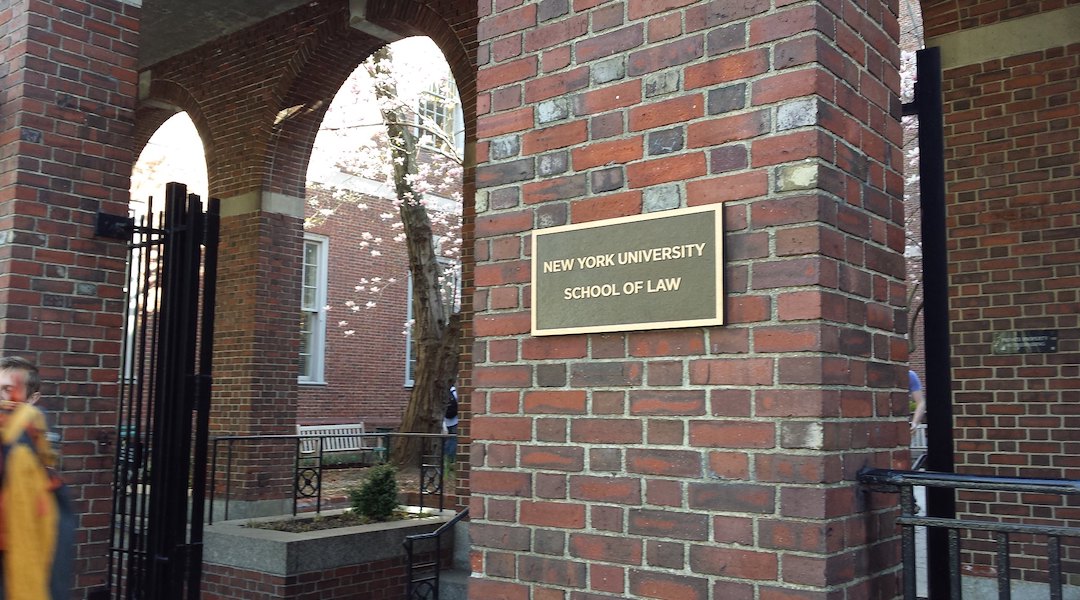 (New York Jewish Week) — Jewish students at New York University School of Law have called on the university to investigate a pro-Palestinian group for emails they say crossed the line between criticism of Israel and antisemitism.

Sent following an attack in Tel Aviv April 7 in which two people were killed, the emails sent out by NYU Law Students for Justice in Palestine on a student listserv accused Israel of being an “apartheid regime” and said the violence by a presumed Palestinian gunman was “a direct result of the Israeli occupation.”

The pro-Israel critics said one email trafficked in antisemitism when it said “the Zionist grip on the media is omnipresent,” and by allegedly justifying the targeting of Jewish civilians in the name of Palestinian resistance.

In the same email, obtained by the Washington Free Beacon, NYU LSJP acknowledged the concern over language that is in line with antisemitic tropes over Jewish control of the media, but added that “Zionism does, in fact, intentionally and strategically use US and Western media as propaganda.”

A group of 100 students expressed concerns over the language used by NYU LSJP in an open letter, which was sent to the law school’s dean, Trevor Morrison.

Bill Baker, president of the Jewish Law Students Association (JLSA), which advocates for Jewish students at the law school, expressed concerns over the language used by NYU LSJP.

“The JLSA board found that something had crossed a line,” Baker said. “Many Jewish students were offended by a couple of uses of phrases in the email.”

Baker said that individual students have started the grievance procedure and that the organization had “an open meeting” with the deans to discuss the emails.

“They made it pretty clear that they are going to go through the grievance process,” Baker said. “Their concern is really about Jewish students, but also about having open discourse and making the law school a place where everybody can be safe and express themselves.”

Administrators at the school would not comment on or confirm an investigation, and referred the New York Jewish Week to statements by the law school and its dean.

Morrison sent an email to students on April 12 saying that communications shared over an Internet forum — referring to the emails — do not “speak for the law school.”

“Of course, NYU Law condemns as immoral the intentional killing of civilians,” Morrison said, referring to the attacks on civilians in Tel Aviv. “That includes, but is not limited to the recent attacks in Israel.”

A broader statement from NYU and NYU Law said that they “vehemently reject and condemn anti-Semitism.”

In 2020, following complaints that NYU hadn’t done enough to prevent “a hostile environment” for Jews on the campus, the U.S. Education Department and NYU reached an agreement under which the university agreed to “bolster our long-standing commitment to opposing and responding to anti-Semitism,” a university spokesman said at the time.

Yosmin Badie, a member of NYU LSJP, said in a statement to the New York Jewish Week that the response to the group’s emails was “shameful.”

“The effort to silence those who choose to speak out against apartheid and violent occupation is shameful, and equally shameful is the purposeful conflation of antisemitism and anti-Zionism,” Badie said.

She added, “I will not be intimidated by those who wish to deny this right and will continue to unequivocally stand with Palestinians in their struggle.”

Student groups at the law school have chosen sides. The original email from NYU LSJP was itself a response to an email from Law Students for Israel, which condemned a recent string of attacks on Israelis, defended Israel’s right to protect itself “from those who wish it harm” and declared support for “self-determination, security, and prosperity” for Jews and Palestinians.

The listserv includes support for NYU LSJP’s pro-Palestinian message from at least 11 law school student associations, representing Black, Muslim and South Asian groups and students with disabilities, among others.

Jewish board members of NYU LSJP, whose names were redacted, also wrote their own statement “in solidarity with the Palestinian struggle for liberation.”

It also said that Zionism is not Judaism and called it “a racist imperalist, white supremacist ideology, not a religious movement.”

A Jewish student who wished to remain anonymous said that people attended NYU Law because it is very accepting, but the type of language contained in the NYU LSJP emails makes people like the student feel “unsafe.”

“When it comes to these antisemitic tropes, the student community either doesn’t notice or doesn’t care,” the student said. “And that’s a scary place to come from as a student.”