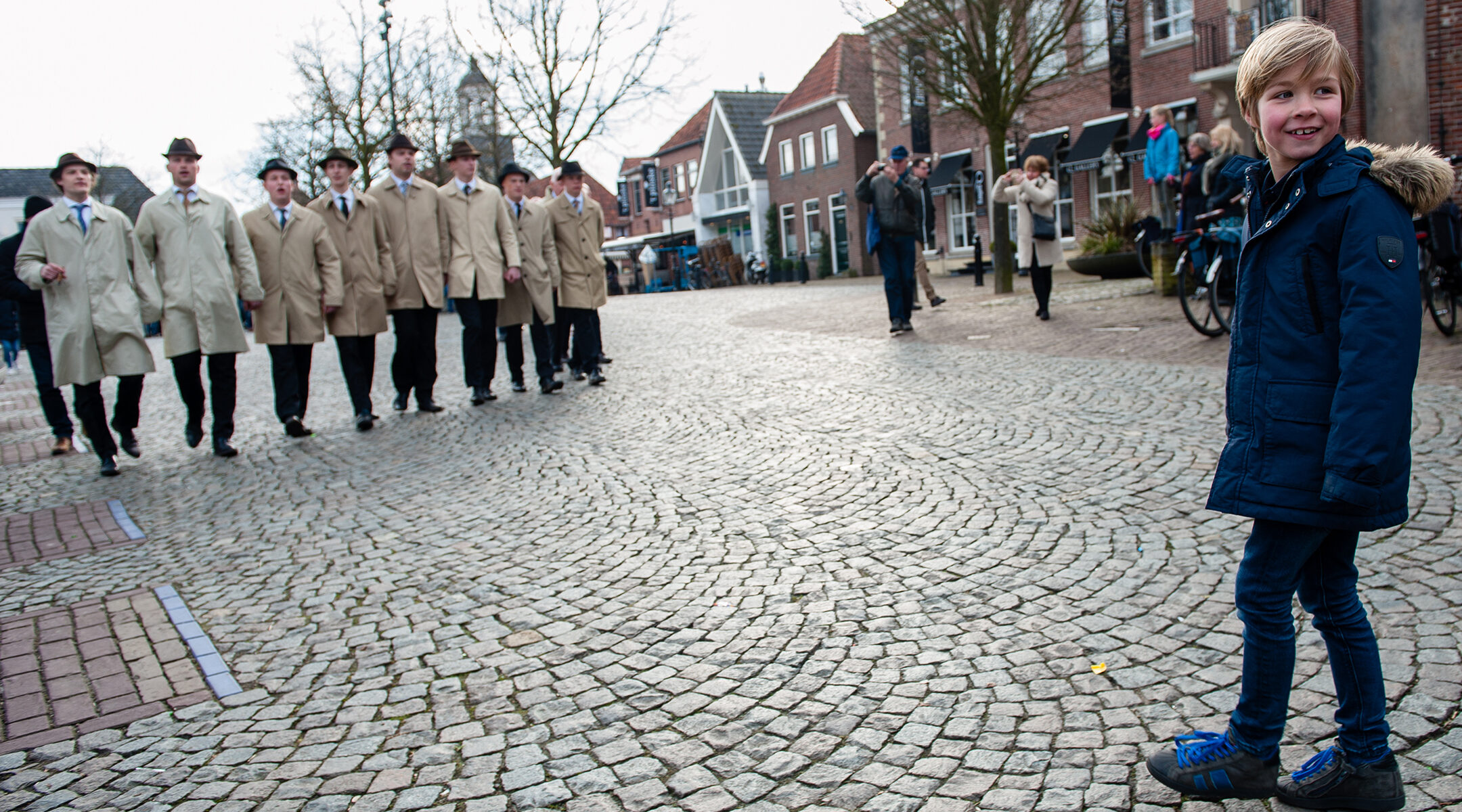 A boy approaches the singers of the traditional Easter caroling procession of Ootmarsum, the Netherlands, April 1, 2018. (Romy Arroyo Fernandez/NurPhoto via Getty Images)
Advertisement

(JTA) — Every year for at least a century, men from the Dutch city of Ootmarsum have sung an Easter carol that features antisemitic lyrics.

And despite protests by a Dutch rabbi, they have no intention of stopping.

The song about Jews, titled “Christ Is Resurrected,” is part of a tradition dating back to the 19th century in Ootmarsum, about 80 miles east of Amsterdam. The locals call the traditional caroling procession “vlöggeln”;  dozens of men sing while walking along a set route several times a day on the first and second days of Easter, which this year fell on April 17 and 18.

In the songs about Jews, whose lyrics are printed and distributed to passersby, the singers denounce “the Jews who with their false council sacrificed Jesus on the cross.”

The caroling is led by eight lead singers wearing raincoats. The oldest of the eight men smokes a cigar. He is the group’s treasurer and is nicknamed the “Judas.”

The age-old allegation of deicide against Jews has fueled countless acts of violence against Jews in Europe and beyond. According to Christian gospel, Judas Iscariot betrayed Jesus, leading to his crucifixion.

The Catholic Church in a 1965 document titled Nostra Aetate asserted that “the Jewish authorities and those who followed their lead pressed for the death of Christ” but that this cannot be “charged” against Jews today or all the Jews who were alive during the Crucifixion.

Rabbi Lody van der Kamp, who was born in the east of the Netherlands, called the tradition “unfathomable” in an interview published Wednesday in the Tubantia news site.

“It is beyond me how the residents of Ootmarsum can sing along to this knowing the history of their city,” where four Jews were gunned down during the Holocaust, he said.

Approached by Tubantia for a reaction, lead singer Jan Veldboer said that he will not comment on the subject, except to say: “We discussed it ad nauseam 40 years ago.”

Veldboer referenced a change in 1967 to the text, following protests by a lawyer from Amsterdam. In 1968, the word “Jews” was changed to “people” but the following year the original lyrics returned. They are still  used to this day.