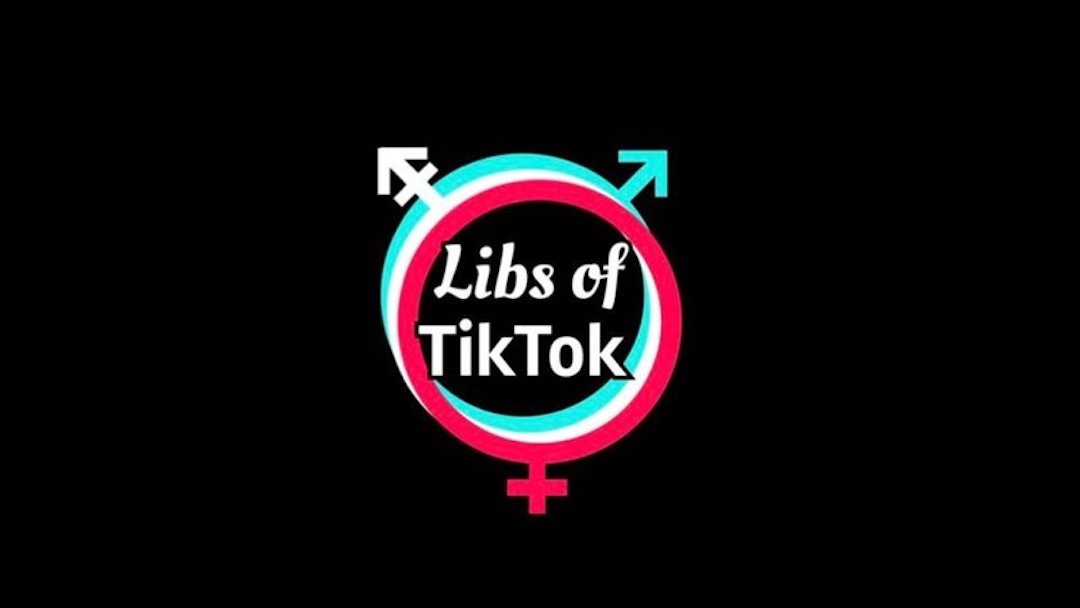 The logo of Libs of TikTok, a right-wing twitter account that posts and ridicules TikTok videos and social media posts from LGBTQ people and other progressives. (Twitter)
Advertisement

(JTA) — In the autumn of 1965, a New York Times reporter met in a Queens luncheonette with Daniel Burros, a chief organizer of the Ku Klux Klan in New York State. The reporter, McCandlish Phillips, had a difficult subject to bring up with his racist and deeply antisemitic interviewee: He found out that Burros’ parents were married by a rabbi, and that Burros himself appeared to have been raised and bar mitzvahed in an Orthodox Jewish home in the Richmond Hill neighborhood of Queens.

“Are you going to print that?” Burros asked. When Phillips said he would, Burros threatened to kill him.

Burros did not carry out that threat, but the story ends in violence: After reading the article that ran on Oct. 31, “State Klan Leader Hides Secret of Jewish Origin,” Burros shot and killed himself.

The story of the Orthodox Jew turned self-hating Klansman is often brought up in journalism classes as a case study in disclosing what a subject would prefer to keep hidden. Burros had put himself out there as a public figure, and his biography – and his secret – were considered fair game. Neither of the top Times editors at the time – A.M. Rosenthal and Arthur Gelb, who co-wrote a book about Burros – expressed any qualms.

“He was who he was, he did what he did, and I no more would feel guilty of saying that a certain person robbed a bank,” Rosenthal once told an interviewer. “Was I happy that he killed himself? Of course not. I did not feel that we had done anything but the appropriate thing. It was he who was misappropriating his life, both in what he was doing and how he chose to end it. There were other ways he could have ended it – he could have quit!”

I thought about the Burros case last week, after the Washington Post ran an article about the far-right Twitter account “Libs of TikTok,” in which reporter Taylor Lorenz named the woman who had been running the account anonymously. Among other things, she noted that the woman, Chaya Raichik, is an Orthodox Jew. Lorenz gleaned the information from one of Raichik’s own previous Twitter bios, mentioned it once, and moved on.

Critics of the article, mostly on the right, accused Lorenz of harassing and “doxxing” Raichik – that is, revealing personal information about someone who appeared to prefer anonymity online. Lorenz’s defenders – mostly on the left – said the reporter was just doing journalism, and noted that Raichik herself was in the business of posting videos by obscure LGBTQ activists and gay-friendly teachers, who were then held up for ridicule and harassment in the right-wing ecosphere.

Lorenz’s editor defended her reporting methods, saying they “comport entirely with the Washington Post’s professional standards.” Raichik, the statement added, “in her management of the Libs of TikTok Twitter account and in media interviews, has had significant impact on public discourse and her identity had become public knowledge on social media.”

The Post’s statement itself comports with how most mainstream journalists would have handled the story: With her 700,000+ followers and demonstrable impact on the right-wing media and even pending GOP legislation, Raichik’s identity and background were ripe for disclosure.

Jewish Twitter had a separate beef with Lorenz, however, with many asking how Raichik’s Orthodox background was relevant to the story.

“Why was it crucial for @TaylorLorenz to mention the creator of ‘Libs of TikTok’ was an Orthodox Jew?” the group Stop Antisemitism tweeted. “Violent antisemitic attacks, especially in NYC, are skyrocketing. This does nothing but give an already bias lunatic more ammo to attack Jews!”

The Coalition for Jewish Values, an organization of right-wing Orthodox rabbis, said that “identifying the Twitter user as an Orthodox Jewish woman placed her at heightened risk of physical harm.”

But if identifying someone as Jewish subjects them to antisemitism, that seems to be a bigger and more insurmountable problem than any one journalist can address or avoid. It assumes, without evidence, that antisemitism has become so pervasive that living and identifying publicly as a Jew has become an existential risk. And it clashes with an ethos of Jewish pride and self-confidence that educators are trying to instill in Jewish schools and camps, and no doubt in the synagogues to which many of the Washington Post’s critics belong.

Jews are visible and assertive in public life, and in almost every occupation you can think of. Jews are overrepresented in activist spaces where the arguments are impassioned and sometimes unhinged. They don’t live as marranos. It’s not clear why Raishik deserves special handling, especially when she has willingly placed herself at the white-hot center of our national argument.

Of course, I work for a Jewish media company whose job it is to report on Jewish accomplishments, scandals and curiosities. It is no surprise that I always find the fact of someone’s Jewish background interesting and relevant. And I can undersand why Lorenz thought so too: Religious beliefs are a major element driving politics these days, no more so than on the right, where faith and policy align when it comes to activism around abortion, LGBTQ issues and pandemic restrictions. As the New York Times noted in a recent article about religious fervor within the pro-Trump right, “[M]any believers are importing their worship of God, with all its intensity, emotion and ambitions, to their political life.”

The Times was talking about charismatic Christianity, but other observers have been noting how Orthodox Jews, unlike the largely liberal, non-Orthodox Jewish majority, have increasingly embraced the Republican Party and Donald Trump in recent years. This is great news for groups like the Republican Jewish Coalition, and community leaders in Brooklyn and other Orthodox enclaves have hardly been shy about their turn to the right.

The same trend also alarms some within and outside Orthodoxy. “The fact that Chaya Raichik is a orthodox Jewish woman is 100% relevant to the Libs Of Tiktok story,” said a writer who tweets as @EvelKneidel. “The rapid radicalization of orthodox communities in recent years is dark and twisted.”

Welcome or dark, the Orthodox connection between faith and right-wing politics is a subject worth exploring. And that is exactly how my colleagues at the Jewish Telegraphic Agency treated the information that “Libs of TikTok” was run by an activist who identified herself as Orthodox. In a thoughtful article, Ron Kampeas reported on politics in the Orthodox community, and discussed whether Raichik is representative or an outlier. Putting Raichik’s religious background in that context gave me, and I hope the article’s readers, a window into how to understand the present political moment and the roles all sorts of Jews are playing.

The fact that a right-wing Twitter activist is Jewish is hardly as juicy as the oxymoronic tale of the Jewish Klansman. Still, I see why Lorenz included the fact. And I only wish, instead of the brief mention, she had offered a fuller exploration of its relevance to the story at hand.