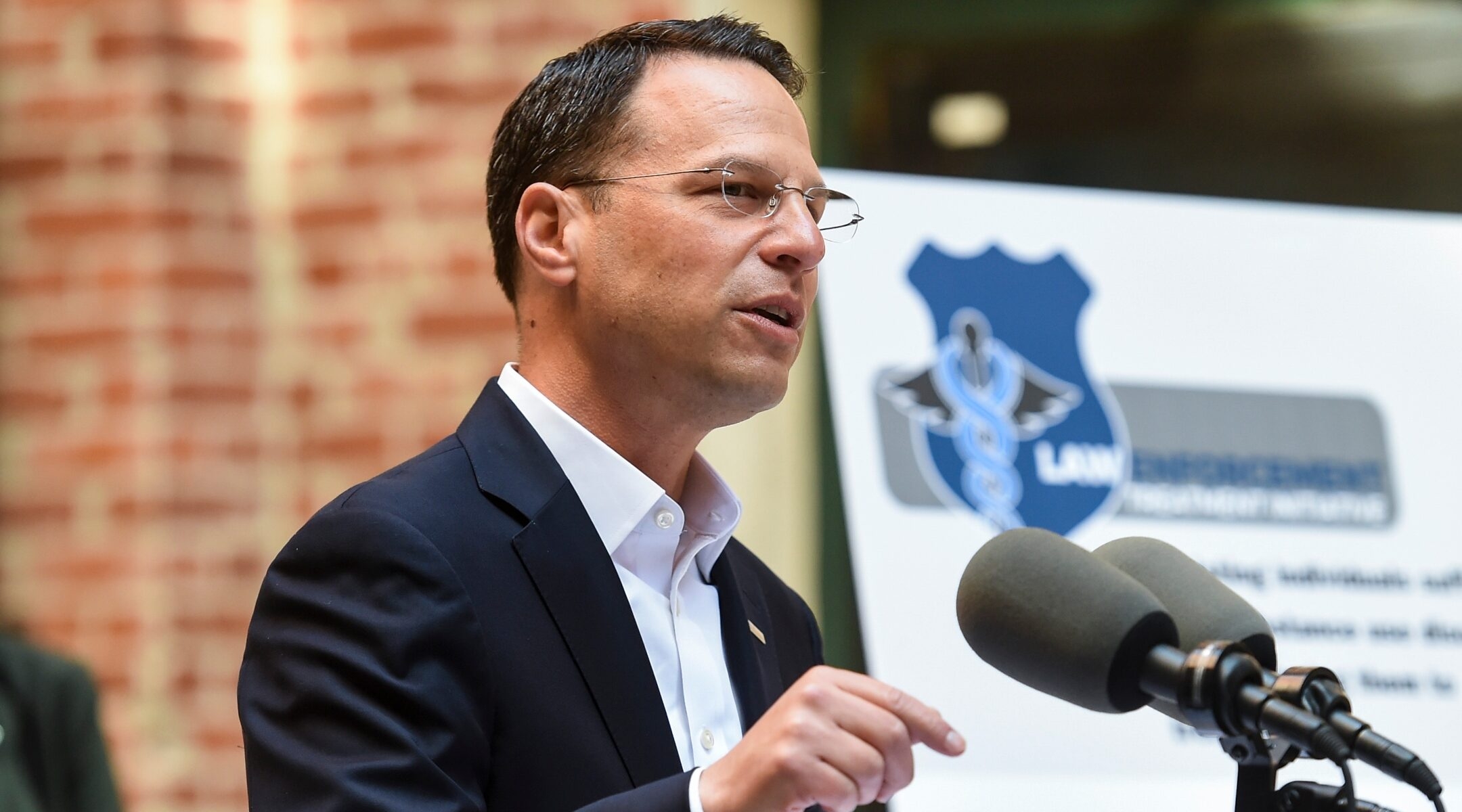 (JTA) — Josh Shapiro, the Pennsylvania attorney general who is running for governor, launched his first TV ads on broadcast stations statewide on Tuesday and the first thing he mentioned is his affinity for the Jewish Sabbath.

“Whether my day starts here in Bloomsburg, Uniontown, or anywhere in Pennsylvania, I make it home Friday night for Sabbath dinner because family and faith ground me,” Shapiro said, as the camera zooms in on a pair of challah breads under a cloth on the Shapiro family table.

Pennsylvania is a swing state that narrowly went for Joe Biden in the 2020 presidential election. Democrats do well in the two major metropolitan centers, Philadelphia and Pittsburgh, but in order to win must appeal to conservative values in the state’s center — where Shapiro hopes his emphasis on family and faith may resonate.

The one-term attorney general is the only Democrat running for the nomination, while nine Republicans are duking it out for their party’s nomination.

Shapiro, 48, in 2020 rose to prominence resisting efforts by former President Donald Trump and his Republican allies in the state to stop the presidential vote count or reverse it. Trump, who won Pennsylvania in 2016, lost it in 2020, but mounted a court battle over the vote count.

Shapiro also joined at least 40 lawsuits by Democratic attorneys general against Trump administration policies, more often than not winning. He led a 2018 investigation into child abuse in the Roman Catholic Church in his state that led to major reforms.

Shapiro has never been shy about his Jewish roots; he attended a Jewish day school and so do his kids. In the ad that debuted Tuesday, he includes a high school photo of himself and his wife Lori (“my high-school sweetheart”), in which he’s wearing a Hebrew Coca-Cola T-shirt. The ad, entitled “Banana Split,” ends with the Shapiros and their four children enjoying ice cream at the parlor where Josh and Lori had their first date.

Shapiro’s Jewish family has featured in his past promotional material. In a video he posted to YouTube after announcing his gubernatorial run in December, he goes over favorite family photos, and the first is of his son being elbowed in the back by the late Jewish Supreme Court justice, Ruth Bader Ginsberg, at a White House Hanukkah party.