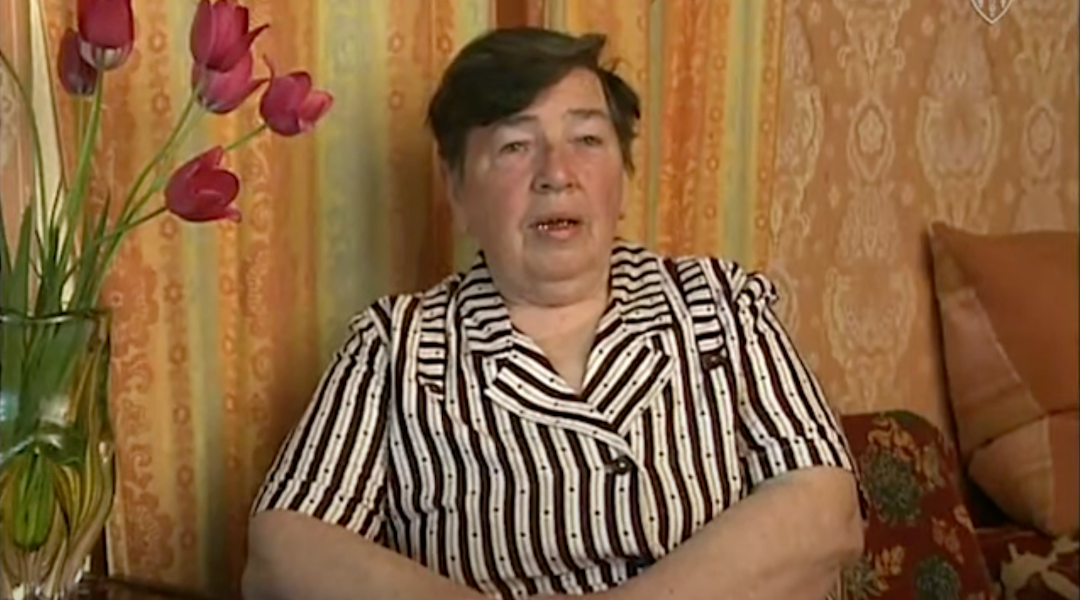 Vanda Semyonovna Obiedkova recorded her Holocaust survivor testimony for the USC Shoah Foundation in 1998. She died in her home in Mariupol, Ukraine, April 4, 2022, while the city was under a devastating Russian attack. (Screenshot)
Advertisement

(JTA) — The 91-year-old Holocaust survivor Vanda Semyonovna Obiedkova died near her home in Mariupol, Ukraine, April 4, while the city was under a devastating Russian attack. Her family believed that her survivor testimony died with her.

Obiedkova died, reportedly cold and emaciated, while sheltering in the basement of a store near her home; her daughter and son-in-law fled the city after burying her. The house they shared burned during the attacks, and the VHS tape containing the video testimony Obiedkova had recorded of her Holocaust experience for the USC Shoah Foundation in 1998 was destroyed along with the family’s other possessions, her family told Chabad.org.

But on Tuesday, the Shoah Foundation posted Obiedkova’s 94-minute testimony in full to its YouTube page, honoring her by preserving her story in the digital realm.

The testimony is entirely in Russian, and there are currently no subtitles. Obiedkova uses the interview to describe her childhood experiences navigating the war, commenting at one point, “We did not feel there would be a war. My mother had just taken a vacation.”

Chabad offers more details on her life as shared by her family: A lifelong Mariupol resident, Obiedkova was 10 years old when the Nazis entered the port city in 1941. She hid in a basement while her mother was taken away, and was moved into a hospital by her non-Jewish father to evade further detection, posing as a Greek girl until the city was liberated by Soviet forces in 1943.

She spent the rest of her life in Mariupol and was an active member of the city’s Jewish community, according to Mendel Cohen, the Chabad rabbi who serves the area.

In the final days of her life, Obiedkova compared the Russian assault on her hometown to the Nazi occupation in 1941. After her death, her family buried her with the help of Rabbi Cohen before fleeing the city. The family had evacuated once before, during the 2014 conflict with Russia, but this time, Obiedkova’s daughter Larissa told Chabad, they would not be returning to Mariupol.

Cnaan Liphshiz contributed to this report.