Brazilian modernist art is celebrating a centennial. One of its pioneers was a Jew from Lithuania. 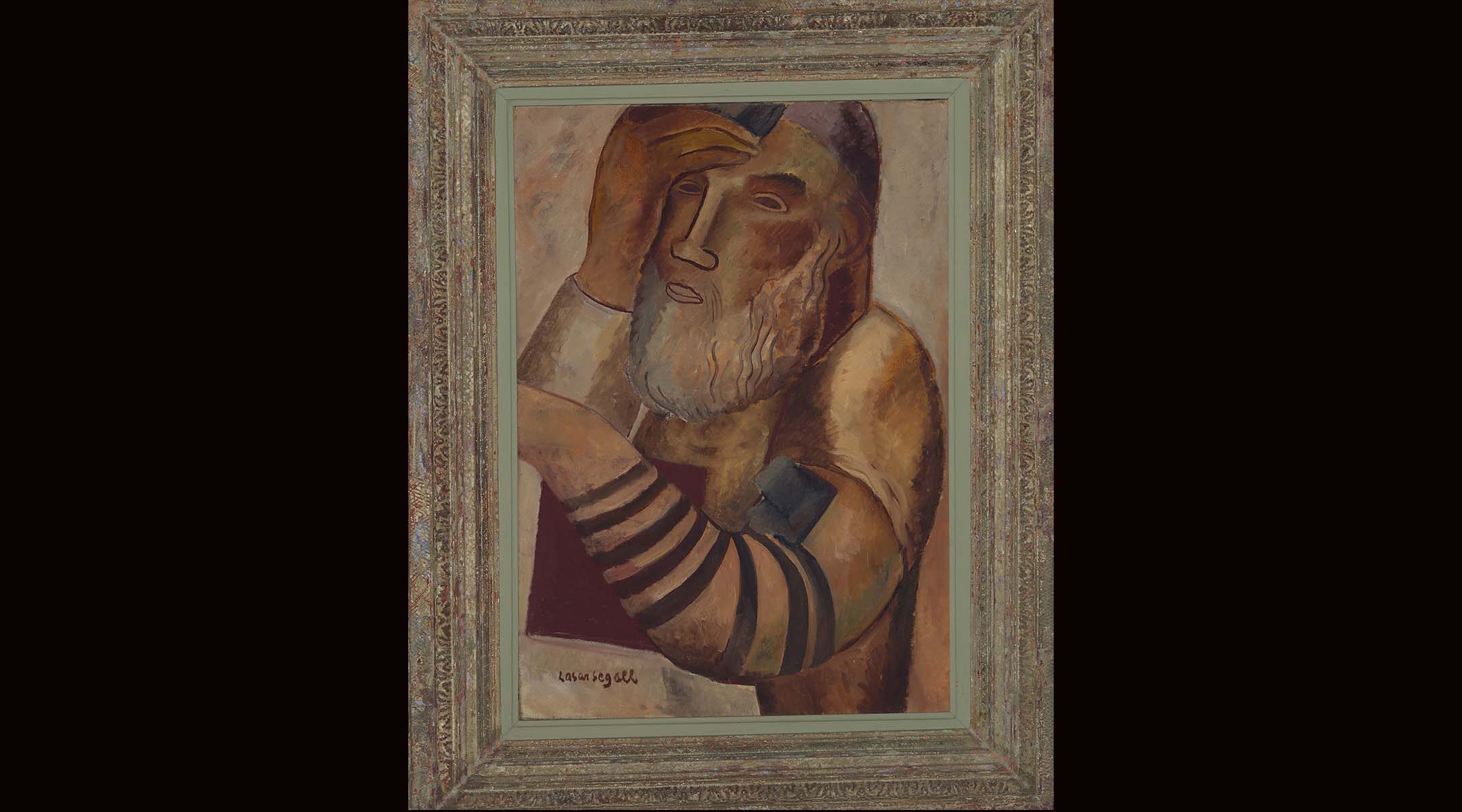 (JTA) — Brazilian modernism is widely agreed to have kicked off 100 years ago, at the Modern Art Week event in São Paulo in 1922. The movement sought to create a new “Brazilianness” that could heal colonial and imperial traumas and point towards a creative and hopeful future. It separated itself from European versions by promoting native mythologies rooted in indigenous culture.

One of the movement’s leading voices was Lasar Segall — a Lithuanian Jew who spent the first few decades of his life innovating in Europe before tackling antisemitism and religious Jewish themes in some of his work in a new life in Brazil.

Earlier this year, museums and galleries all over Brazil, such as the Museum of Art of São Paulo and the Modern Art Museum in Rio de Janeiro, celebrated the Modern Art Week centennial with exhibitions from the movement’s pioneering artists, including Segall.

Born in 1889 in Vilna, Lithuania, part of the Russian Empire at the time, Segall emigrated to Germany to study fine arts and became part of the German Expressionist movement in the early 20th century as a teacher and respected artist who frequently exhibited his work.

He traveled to Brazil in 1912 to paint and showcase some of his work. He was welcomed warmly by Brazilian art patrons at the time and left paintings to be exhibited there. Segall kept returning until moving there permanently in 1923, after having his rights curtailed during World War I (as a foreigner in Germany he was briefly put in house arrest) and experiencing the German economic downfall of the interwar period. 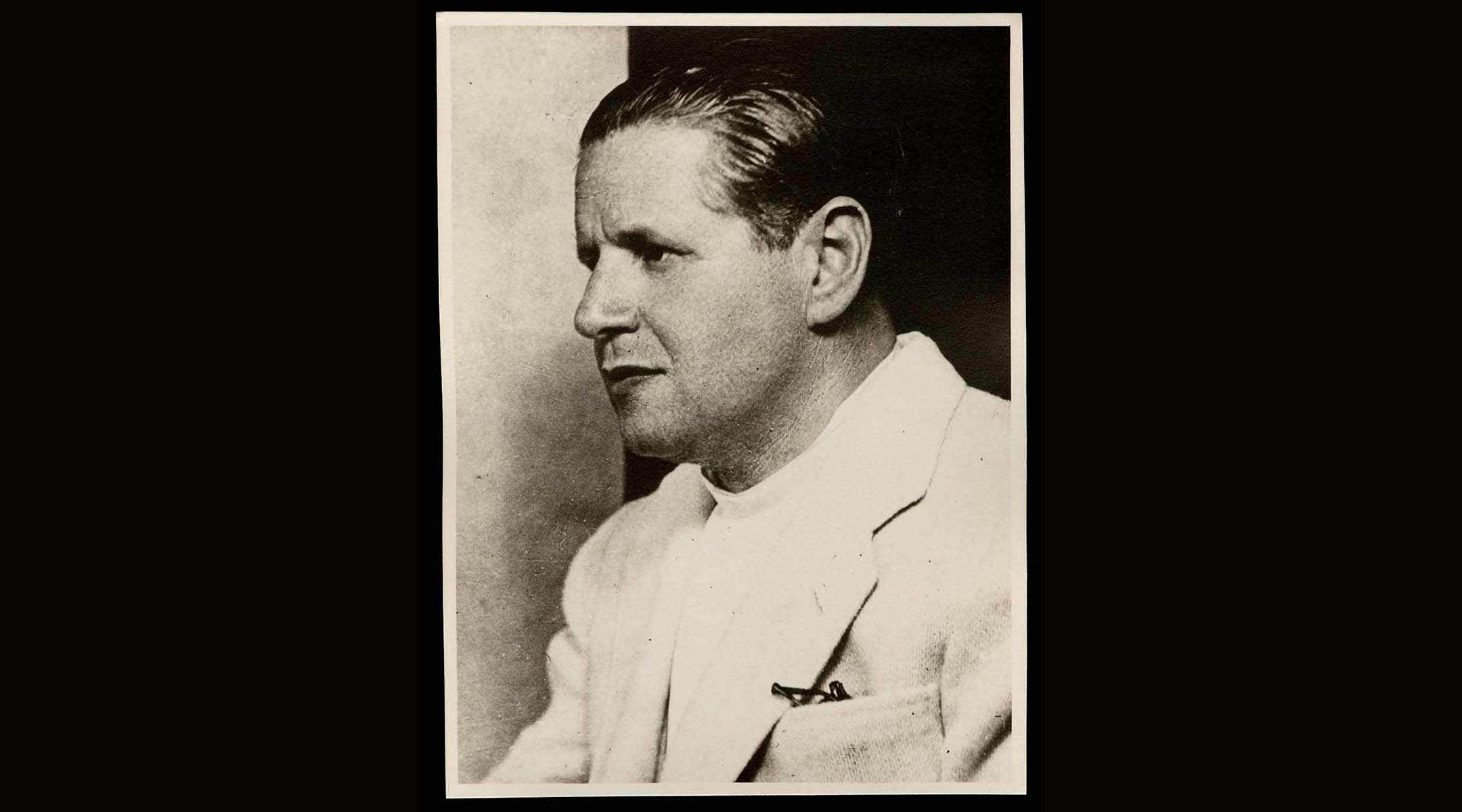 Segall’s mark on Brazilian art was seminal — in São Paulo, his widow and two sons opened a museum dedicated to him in 1967, 10 years after his death, filled with his work and housed in Segall’s former workshop (which was designed by his brother-in-law, the Jewish Brazilian architect Gregori Warchavchik, who was born in Odessa and later mentored Oscar Niemeyer — Brazil’s foremost architect, one of the designers of the United Nations headquarters in New York).

Segall’s work was often monochromatic, lacking shine or glam; his characters were stoic and hardened, and instead of emanating life, it was as if his paintings longed to absorb it. In his later years, some of his paintings included rabbis and Torah scrolls, concentration camps and other horrors of the war that fractured Europe.

The influential art critic Geraldo Ferraz noted those themes during a visit to Segall’s workshop while he was working on a morbid 1937 piece showing a pile of bodies, titled “Pogrom.”

“This matter isn’t accidental in Segall’s art,” Ferraz wrote in a critique. “The artist has dealt with it many times for 30 years.”

“I need to show the dead,” Segall told Ferraz.

Here are a few of Segall’s works, courtesy of the Segall Museum. 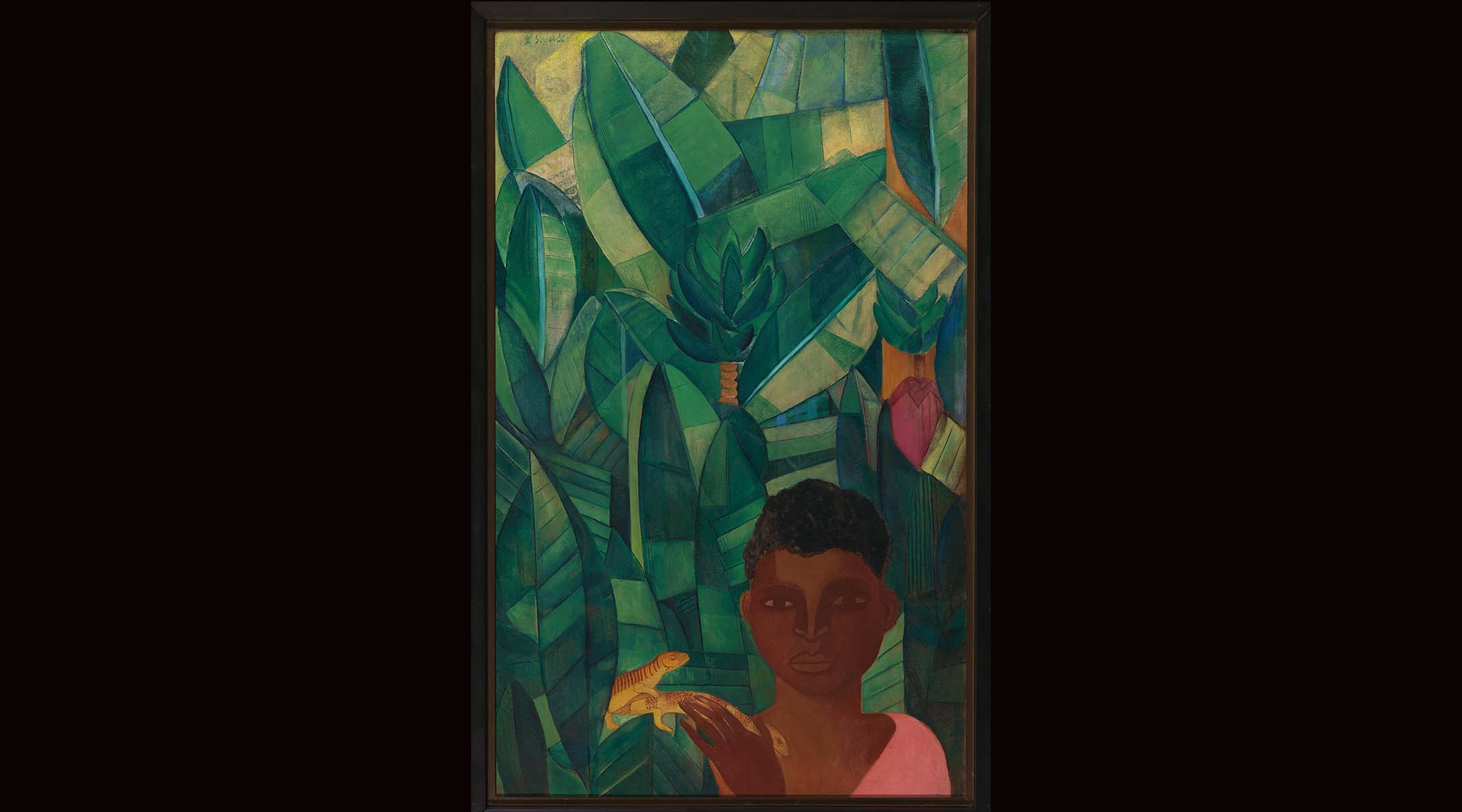 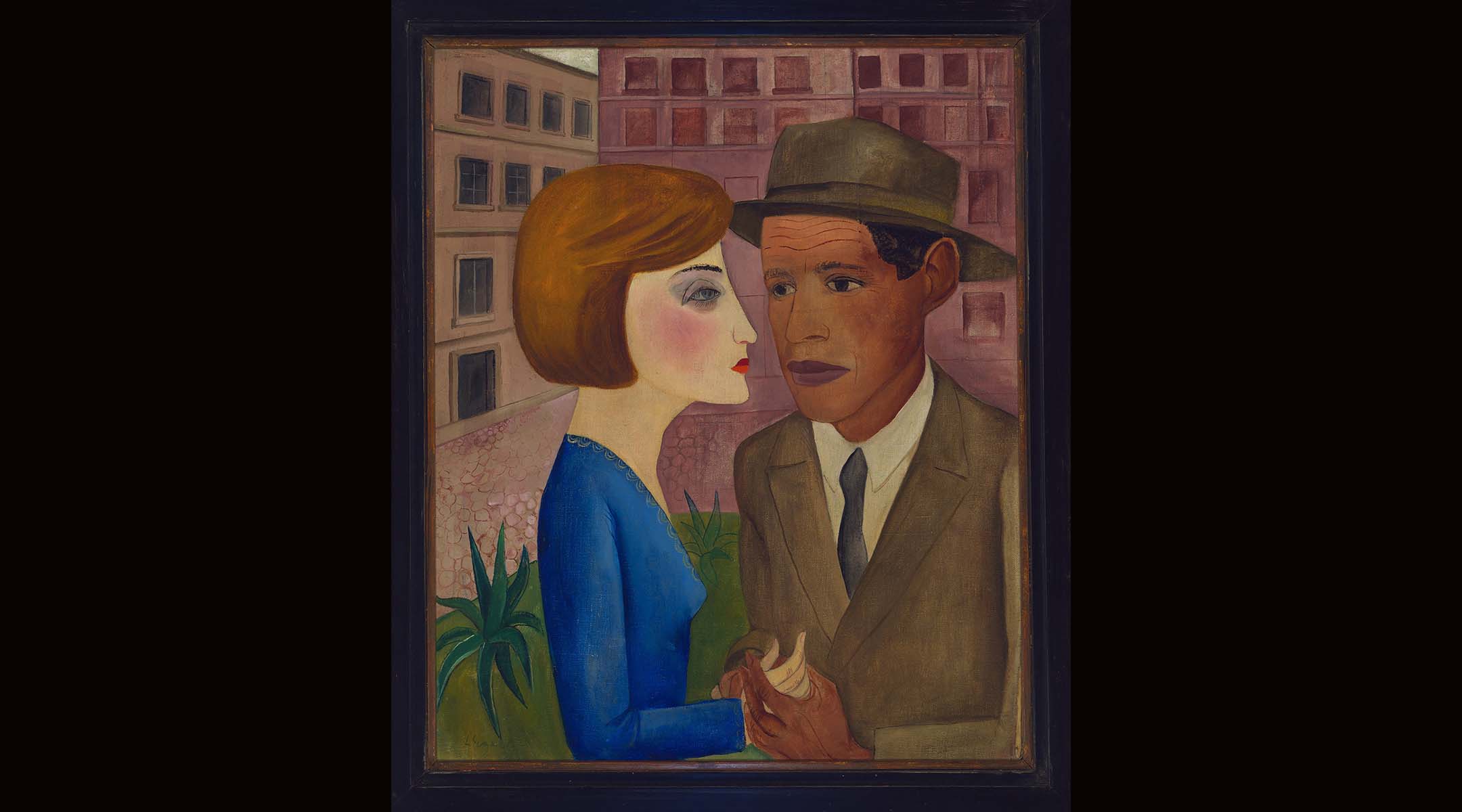 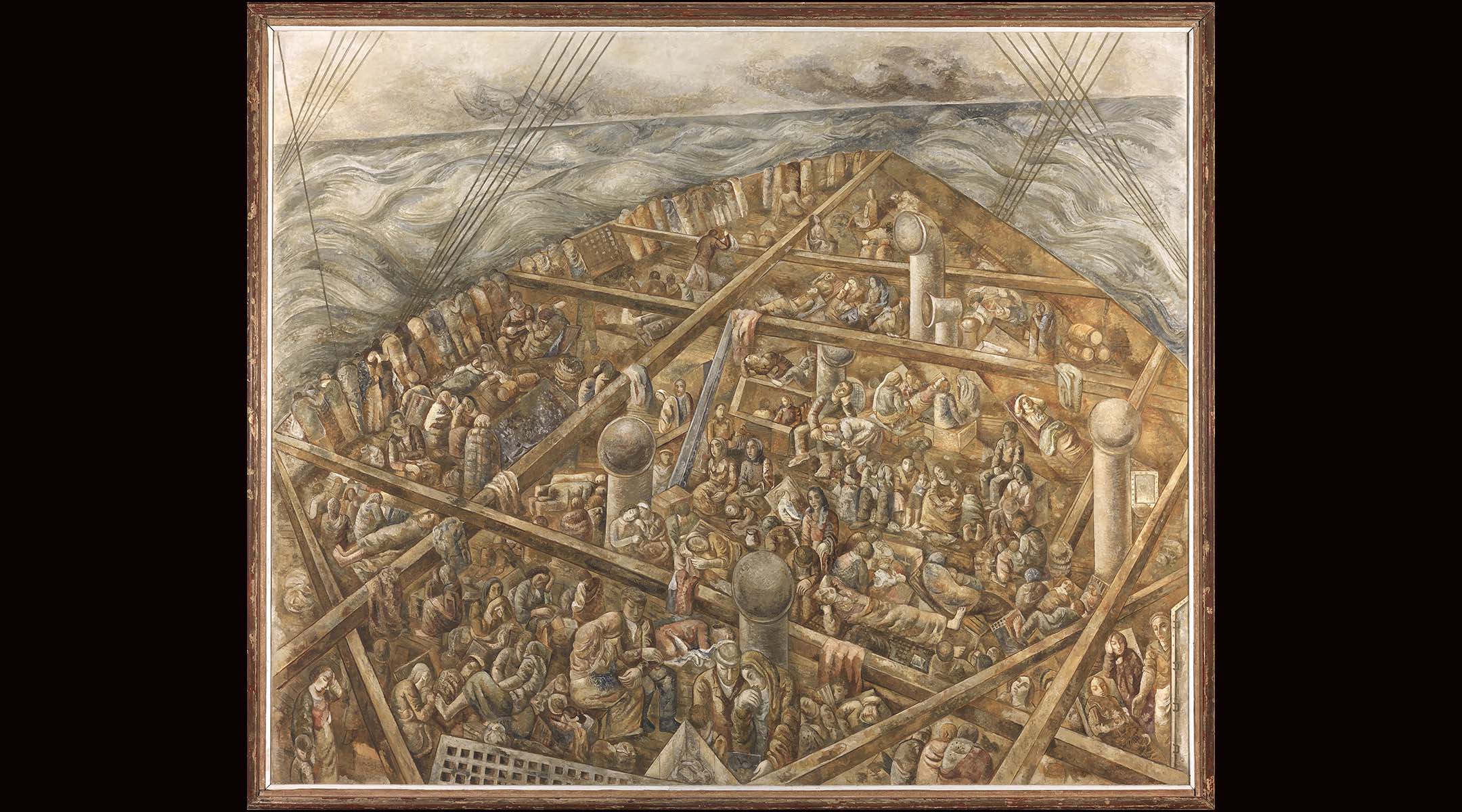 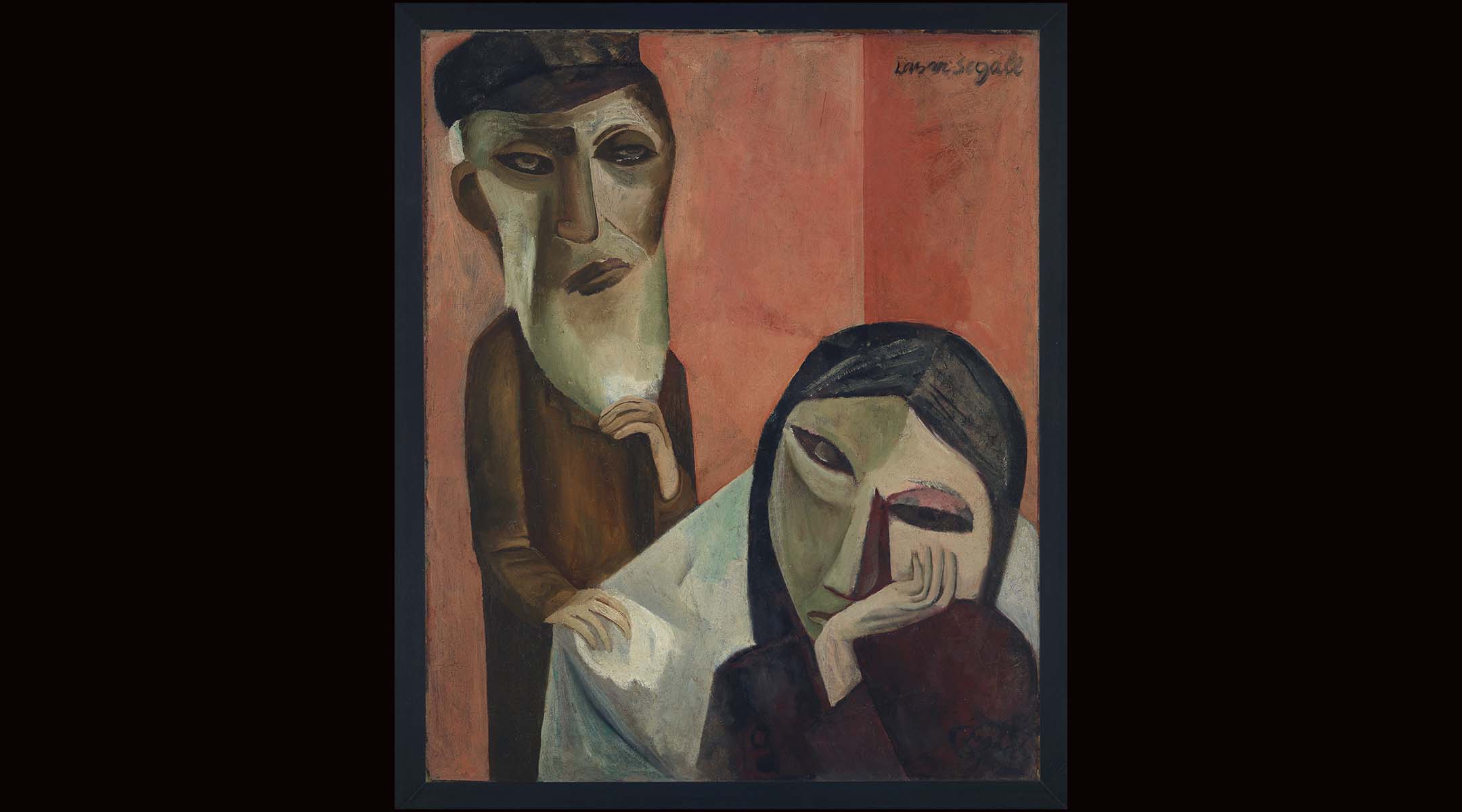 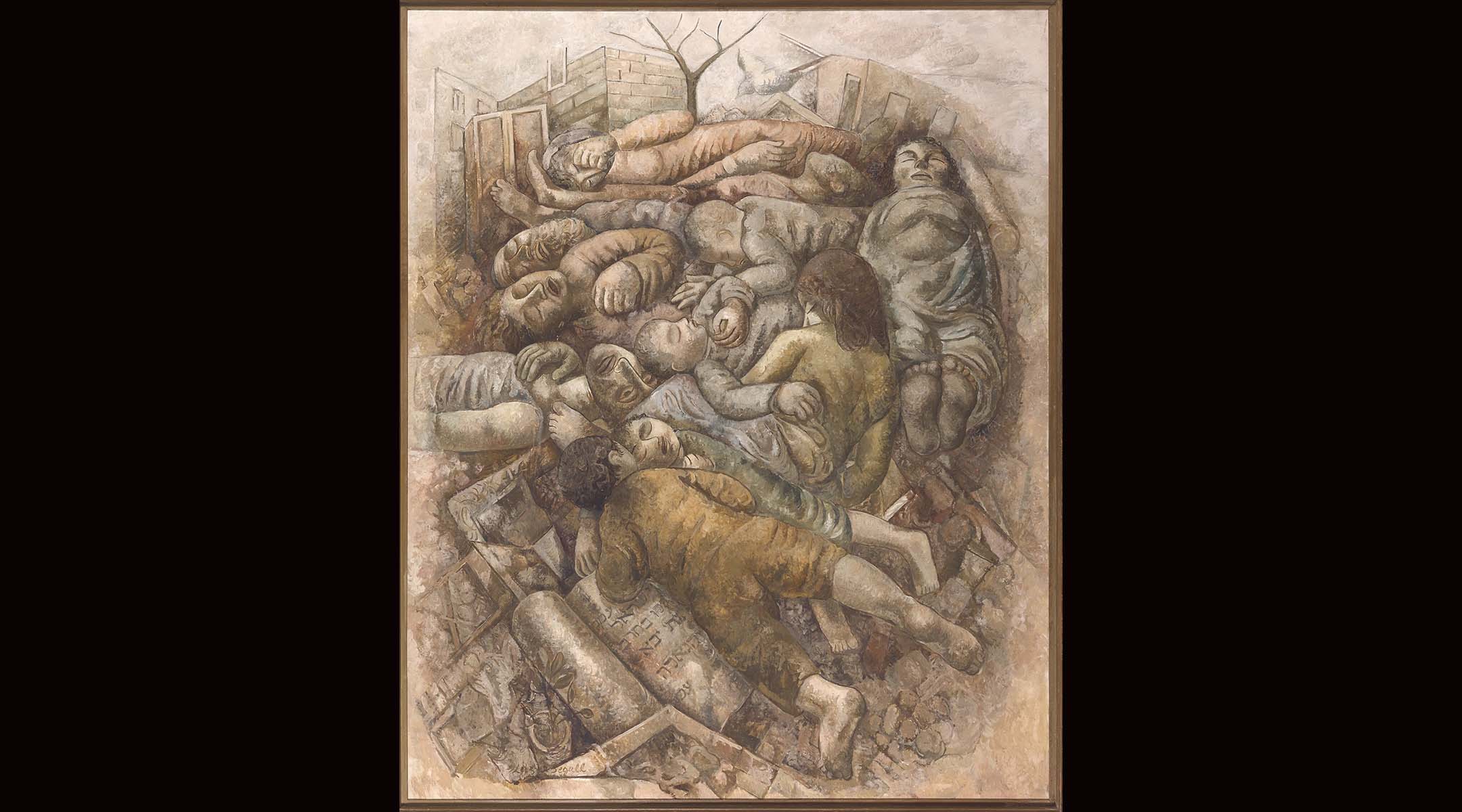 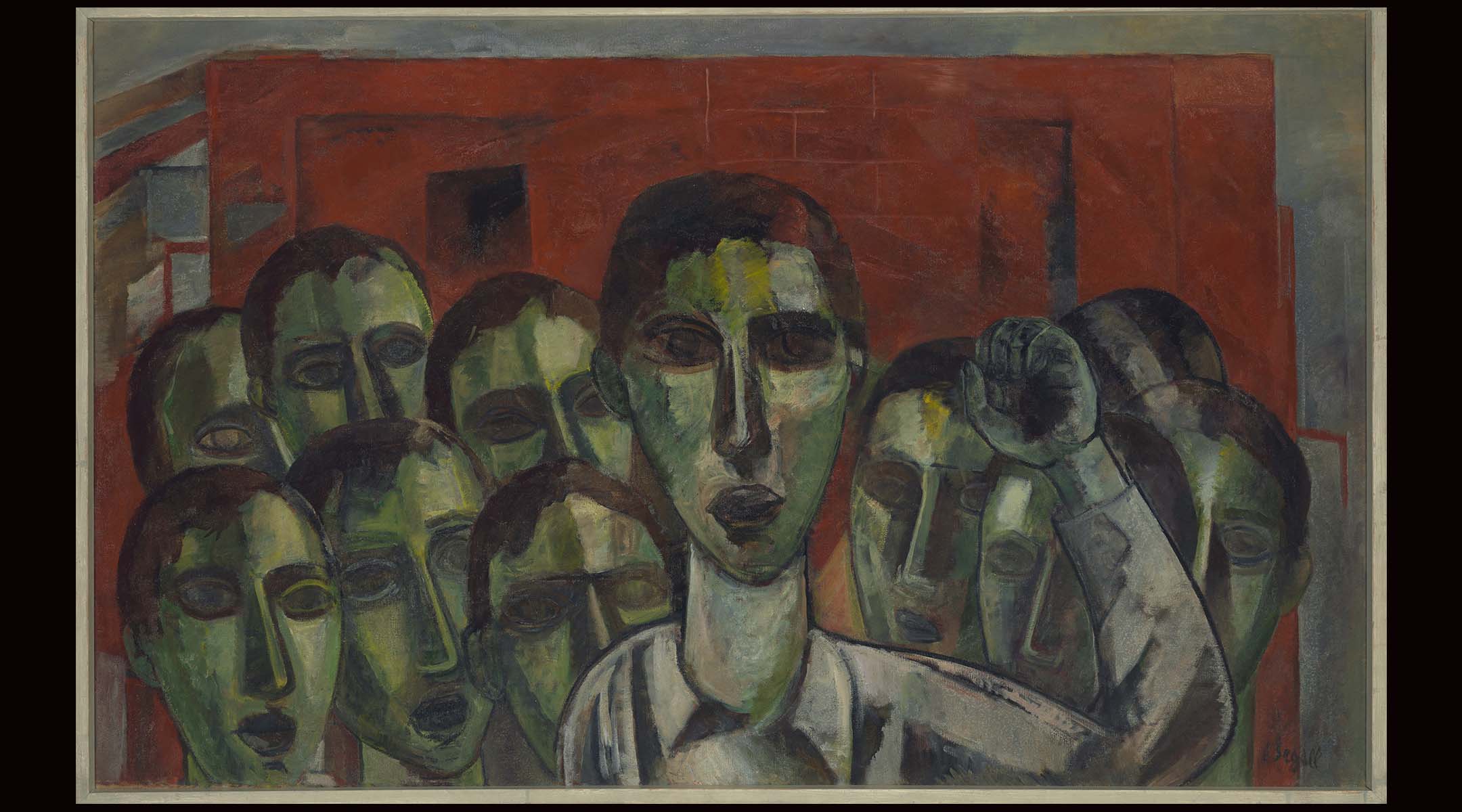