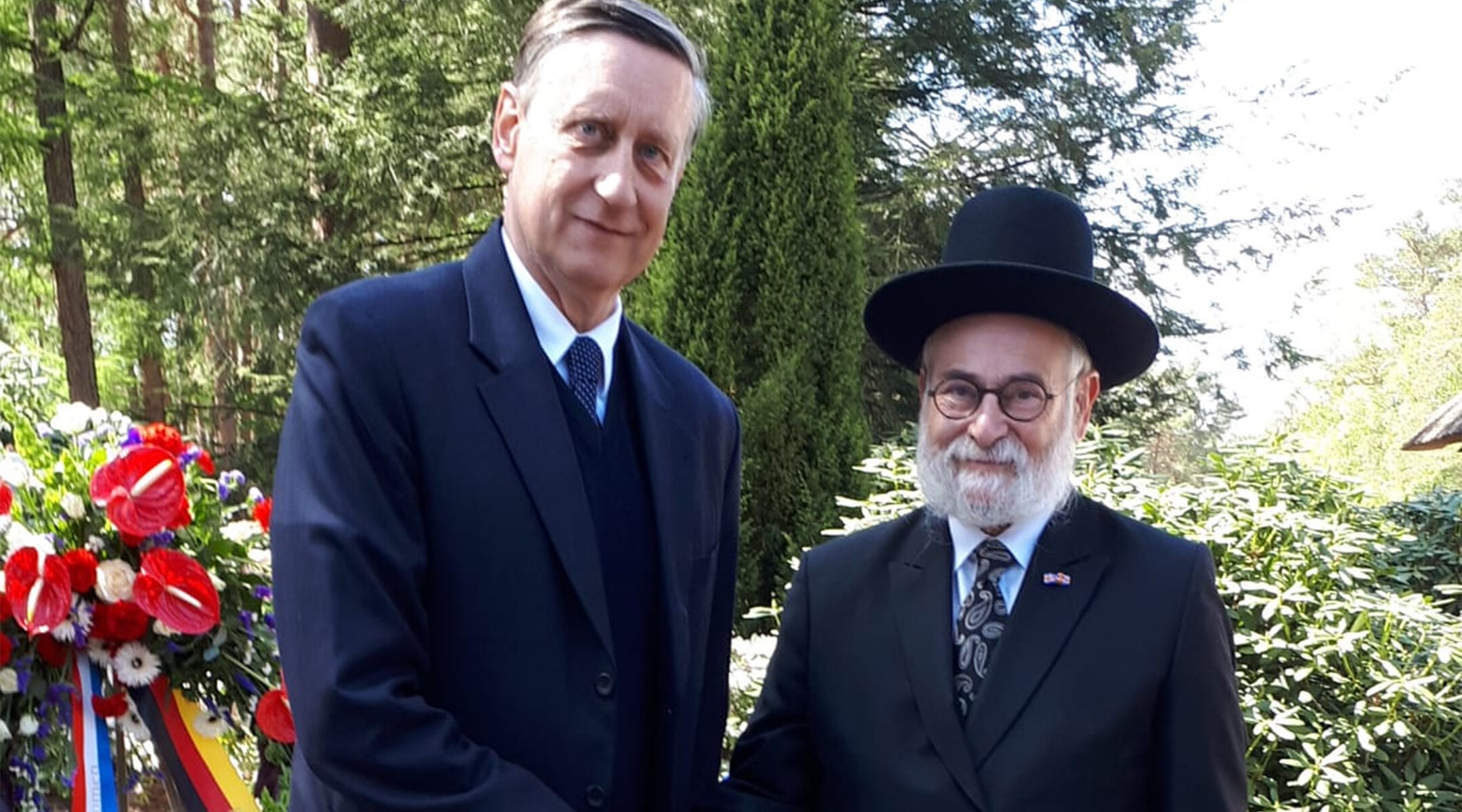 (JTA) — For the first time ever, a national commemoration ceremony for fallen soldiers in the Netherlands included the playing of the Israeli national anthem, “Hatikvah.”

The unusual gesture Wednesday at the Field of Honor cemetery in Loenen, a town situated about 60 miles east of Amsterdam, happened as both the Netherlands and Israel were observing a national day of mourning for soldiers and some civilians killed in the nation’s military conflicts.

The playing of “Hatikvah” was intended to honor not the Jewish state, but the multiple Jewish resistance fighters and soldiers buried in Loenen, home to the Netherlands’ largest military cemetery of over 4,000 graves, according to Dutch Chief Rabbi Binyomin Jacobs, who this year attended the ceremony.

“The organizers thought that playing ‘Hatikvah’ during an intermezzo between two parts of the official ceremony was the best way to honor the Jewish resistance fighters and troops buried there,” Jacobs told the Jewish Telegraphic Agency.

“The result was truly moving,” he added. “The fact that this year, the Dutch May 4 memorial day fell on Israel’s memorial day, Yom Hazikaron, added to the symbolism of the event, though the organizers did not design the ceremony based on that.”

Jacobs laid a wreath on the central monument at the Loenen graveyard together with Cyrill Jean Nunn, Germany’s ambassador to the Netherlands.

One of the best-known Jews buried in Loenen was Robert Etlin, a Paris-born pilot who was killed in action over the Netherlands.

His family fled France to Morocco, where his father spied for the resistance against the forces of the Nazi-collaborating Vichy government. After the father’s arrest, the remaining Etlins fled to Cuba and from there to the United States.

In 1942, Robert Etlin volunteered to serve as a fighter pilot in the Royal Air Force. He was part of a unit of French aviators fighting with the British to liberate their country from Nazi occupation. He served as part of the Alsace group, named for the region in Eastern France where Etlin’s family originated.

He died in a plane crash over Loenen on March 21, 1945 — only weeks before Nazi Germany surrendered. His Spitfire airplane was shot down during a routine patrol by an German anti-aircraft unit hidden in dense shrubbery.