Karine Jean-Pierre, who endorsed AIPAC boycott, to be next White House press secretary 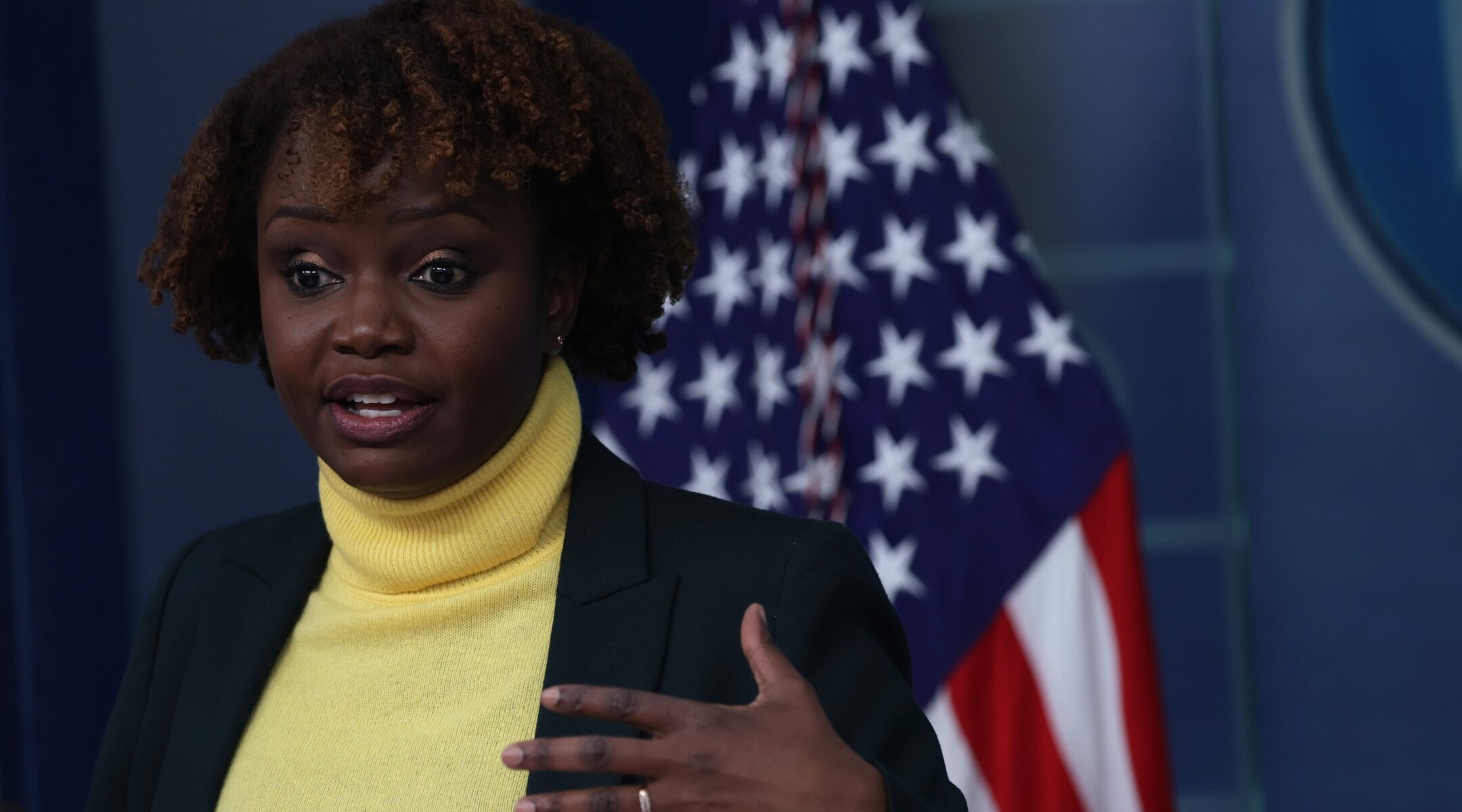 WASHINGTON (JTA) — President Joe Biden named as his next press secretary Karine Jean-Pierre, a former official of the activist MoveOn group who endorsed its call on Democratic presidential candidates to boycott the annual AIPAC conference.

Jean-Pierre has drawn fire from some in the pro-Israel community for a 2019 op-ed in which she endorsed pressure by MoveOn on Democratic Party presidential candidates to boycott the annual conference of the American Israel Public Affairs Committee.

AIPAC, historically non-partisan, has in the last decade drifted apart from progressives on Israel policy. Most recently, it launched a PAC to directly support pro-Israel candidates for the first time; the PAC has so far given to more Republicans than to Democrats and has drawn criticism for giving to Republicans who voted not to affirm Biden’s election. It also is supporting the House Democrats’ leadership and about half of the party’s progressive caucus.

In April 2020, in the early days of the COVID-19 pandemic, Jean-Pierre was one of countless people to share a viral photo of Jewish and Muslim paramedic partners praying together in Israel. “Thank you both for your selflessness, and for this inspiring show of humanity,” she tweeted.

“Jill and I have known and respected Karine a long time and she will be a strong voice speaking for me and this administration,” Biden said Thursday in a statement. Psaki exits on May 13.