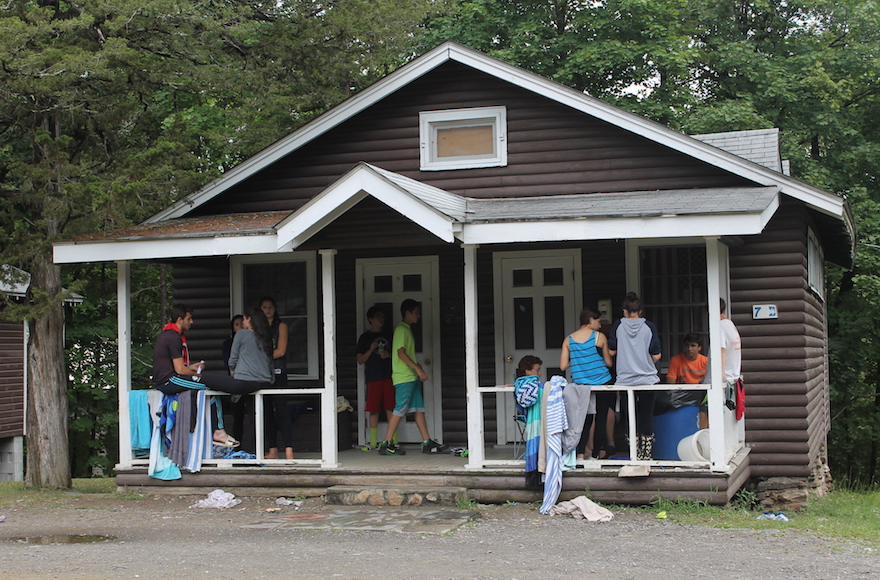 More than 750 campers and 300 counselors attended Camp Ramah in the Berkshires in the summer of 2015. (Uriel Heilman)
Advertisement

(JTA) — A rabbi who pledged to improve safeguards against abuse at a Jewish summer camp he ran is the subject of a lawsuit alleging that he dramatically mishandled a sexual assault involving two campers in 2018.

Rabbi Ethan Linden, director of Camp Ramah in the Berkshires, one of 10 overnight camps associated with the Conservative movement of Judaism, is the target of a lawsuit filed last week charging that he “acted with deliberate indifference” after being informed that a female camper had been sexually assaulted by a male camper.

Linden did not follow the protocol set forth by the camp’s accrediting agency, the American Camp Association, for what to do when sexual assault is alleged at camp, the lawsuit charges. It says he did not immediately report the assault to authorities or remove the male camper from camp.

Linden also did not inform the family of the female camper of the assault, according to the lawsuit, which identifies the alleged victim as Jane Doe. In fact, the lawsuit charges, he pressed the camper not to tell her parents at all and involved police only at their insistence several weeks after the alleged assault.

The lawsuit also names Camp Ramah in the Berkshires and the National Ramah Commission, the group that oversees all Ramah camps, charging that the organization knew about the sexual assault and its handling by at least January 2019 but has allowed Linden to remain in charge.

“Camp Ramah and Linden made the deliberate decision to do nothing to protect Ms. Doe and acted with deliberate indifference to known acts of discrimination, retaliation, sexual assault, gender-based violence and harassment against Ms. Doe,” the lawsuit concludes. “Camp Ramah and Linden’s do-nothing approach condoned further discrimination and harassment against Ms. Doe.”

Camp Ramah said in a statement late Monday that the National Ramah Commission and Camp Ramah in the Berkshires “are aware of a lawsuit which was recently filed against the camp and its director” and that the camp had previously cooperated with law enforcement.

“As the plaintiff’s complaint notes, camp called the authorities and cooperated with law enforcement in this matter,” the statement said. “We stand with all victims of sexual misconduct and recognize the courage it takes for them to come forward. Then, as now, Camp Ramah is committed to protecting the safety, health, and well-being of all campers and staff in our care.”

Linden did not respond to requests for comment Monday. Local police in Dutchess County, New York, where the camp is located and whom the lawsuit says ultimately arrested the male camper, also did not immediately provide additional details to JTA.

The lawsuit’s allegations come amid a nationwide reckoning about the handling of sexual assault allegations within Jewish institutions, including camps. They stand out because the events described in the lawsuit took place relatively recently, as rules around camper safety were being strengthened to reflect growing awareness of the problem. 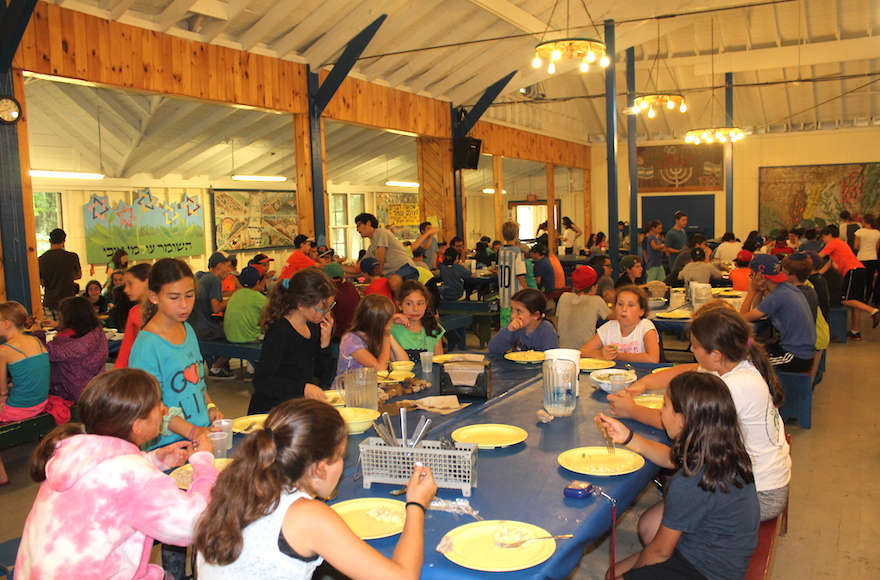 “We are troubled to learn of these concerning allegations,” Jeremy Fingerman, CEO of Foundation for Jewish Camp, said about the Ramah lawsuit. “Every family who entrusts their child to camp’s care does so with an expectation for their safety and well-being. Nothing is more important than providing a physically and emotionally safe environment for children.”

“The Ramah Berkshires alleged cover up is odious. Supremely disappointed in my colleagues but mostly feel awful for the woman who was assaulted,” tweeted Rabbi Adir Yolkut, a Conservative rabbi in the New York area. He told JTA he was “incredibly” shocked by the allegations in the lawsuit.

Do you want to tell us about your experience at Jewish summer camp? Please get in touch.

Linden came to Camp Ramah in the Berkshires in 2016 from a position as rabbi of Shir Chadash Conservative Congregation in Metairie, Louisiana, outside New Orleans. He had previously worked at three Ramah camps, in Canada, Georgia and Massachusetts.

Early in his tenure, Linden pledged to update the camp’s policies and procedures for dealing with assault by working with Sacred Spaces, an organization that works to prevent and respond to sexual abuse in Jewish institutions. Sacred Spaces did not return a request for comment from JTA Monday.

“Coming in new, it was a good opportunity to work with someone who has expertise in preventing the sorts of nightmare scenarios that keep camp directors up at night,” Linden told the New York Jewish Week at the time.

A year later, a nightmare scenario happened at Linden’s camp.

According to the suit, filed in the U.S. Southern District Court of New York, a male camper assaulted a female camper while she slept, in an incident that took place 10 days into the 2018 summer session.

The attorney for the female camper, Wylie Stecklow, declined to offer additional details beyond what is in the lawsuit but told JTA that his client was 15 at the time of the assault. It was her fourth summer at camp.

According to the lawsuit, the victim reported the incident to her counselor, who “immediately and appropriately” sent it up the chain of command. A week later, Linden finally met with the victim. He discouraged the victim from telling her parents for two weeks, saying that if they knew, it would get to other campers and they would start gossiping about it, the lawsuit claims.

Linden eventually did call the victim’s parents at the request of the guidance counselor, but he downplayed the alleged assault. According to the complaint, he began the conversation by talking about a delinquent camp fee and when he broached the topic, he called the assault a “little incident” and a “small problem,” saying that “nothing really happened.”

Meanwhile, the female camper found herself the subject of gossip at the camp that made it impossible for her to enjoy herself, according to the lawsuit. The lawsuit says that police became involved only at the family’s insistence and that it was only after that point that the male camper was removed from camp.

Three years after the alleged assault, the former camper is alleging in the lawsuit that she “continues to suffer damages, including humiliation and emotional trauma.” She wants a jury to rule that Camp Ramah violated Title IX, which prohibits sex-based discrimination in educational settings including camps, and that she should be compensated for her experience and the resulting trauma.

The National Ramah Commission, which is based at the Conservative movement’s Jewish Theological Seminary in New York City, was named in two lawsuits filed in recent years under New York State’s Child Victims Act, which created a window for victims of long-ago assaults to file claims. Both cases involve the same counselor who worked at the camp in the early 1970s and are moving through the court system now.

The new lawsuit indicates that sexual assault complaints about Jewish summer camp are not a thing of the past, despite the more recent efforts to improve reporting and responsiveness that Linden himself has emphasized.

“The core mission of the camp,” Linden told the New York Jewish Week in 2017, “is to care for children.”

The opening day of Ramah in the Berkshires’ 2022 camp session is June 28.