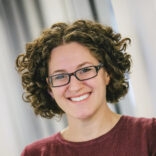 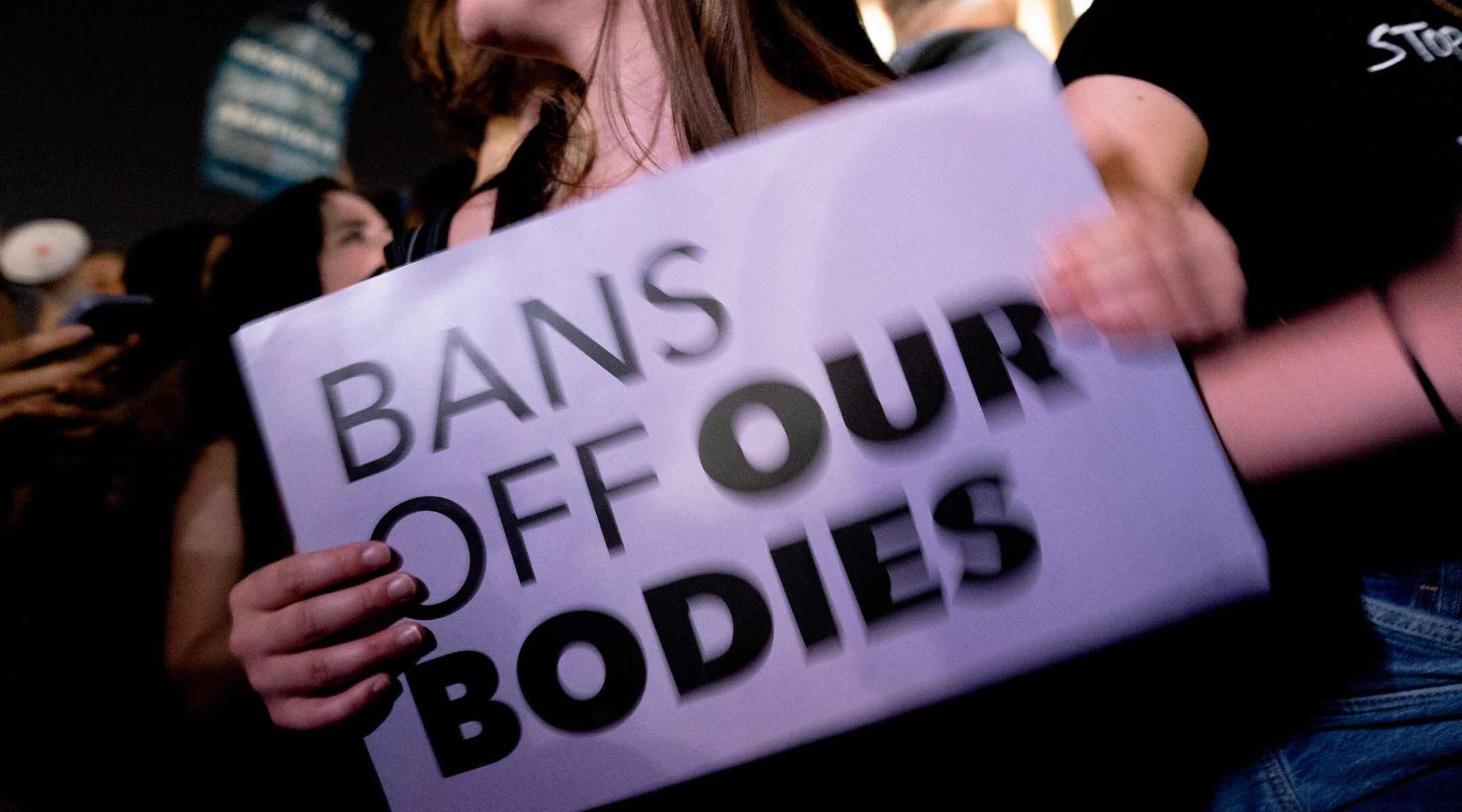 A pro-choice activist holds a sign at a protest at the U.S. Supreme Court, Washington, DC, May 2, 2022.(Stefani Reynolds/AFP via Getty Images)
Advertisement

(JTA) — Last week, Israeli Health Minister Nitzan Horowitz responded to the draft U.S. Supreme Court opinion that would overturn Roe v. Wade, “A woman’s rights over her own body are hers alone.”

It might seem odd that the Israeli health minister was commenting on American abortion law, but his response, contained in a tweet, addresses a theme common to the abortion discussion in Israel and America that I research as an ethicist and scholar of reproduction among Jews.

In the 1970s, the Israeli Knesset debated the legalization of abortion. After several years of discussions, it ultimately passed a law that permitted abortion in certain circumstances: 1) If a woman is younger than 17 or older than 40; 2) when pregnancy results from rape, incest or extra-marital relations; 3) under the possibility that the baby will be born with a physical or mental deformity; and 4) when the continuation of the pregnancy could endanger a woman’s life or mental health. This law allows for certain abortions to be performed until the 39th week of pregnancy.

When I teach Americans about abortion law in Israel, they often express shock that Israel seems much more progressive than America. That’s because their frame of reference for religion and abortion is a particular strain of American anti-abortion Christianity. My students — college-aged and adult, Jewish or not — are surprised to see a country so strongly influenced by religion that is not opposed to abortion.

Yet in one important way the Israeli and American attitudes toward abortion are similar. They both reflect the fundamental assumption that abortion is wrong, and one must have a “good enough” reason to do something that is otherwise wrong. This is called the justification approach to abortion. Certain abortions are justified, while others are not. The justification approach to abortion also assumes that women were meant to be mothers. As a result, not wanting to be pregnant for nine months, give birth or raise a child are not considered good enough reasons to get an abortion.

In order to qualify for an abortion that is legal and paid for by the state, Israeli women have to sit in front of a committee and tell them why they are requesting an abortion. Although 98% of abortion requests are approved, the law reflects the belief that women cannot or should not make this decision on their own.

Consider the case of a pregnant 24-year-old married woman who is pregnant from consensual sex but does not want to be pregnant because of the potential harm to her career. Or a 35-year-old married haredi (ultra-Orthodox) woman who has eight children and who simply cannot care for one more. In Israel, both of these women must lie or otherwise mislead the committee to get their abortions.

Horowitz opposes these committees and has been advocating to get rid of them, at least through the first trimester. He says that women should not need to give any reason for their request, and that nobody should have to determine whether their request is valid.

While we don’t have these committees in America, we have heard a lot this month about the legislation that many states have developed, each providing different circumstances under which they would permit abortion. Some say that abortions will only be permitted if the woman’s life is in danger. Others allow abortion after rape or incest. And of course one’s ability to terminate a pregnancy is already limited by where one lives, how far along one is in pregnancy and the financial resources one has available.

Well-meaning Jewish groups often draw on rabbinic sources to claim that Judaism is supportive of abortion rights. Unfortunately here, too, we see the justification approach. Last week, in a statement, the Orthodox Union explained that it cannot support an “absolute ban” on abortion because Jewish law requires abortion when “carrying the pregnancy to term poses real risk to the life of the mother.” This popular argument is commonly also heard among more progressive Jewish groups.

But when you hear that “Jewish law permits and sometimes requires abortion,” you must also listen to the assumption underlying this statement: Women do not have the bodily autonomy to make that decision on their own. Jewish law must permit it — and sometimes demands it, regardless of what a woman prefers. These statements, often used to express support for abortion rights, are ultimately stymied by the assumptions of rabbinic law, a system that does not support bodily autonomy or the ability to make decisions about one’s own body.

The statement by the Orthodox Union goes even further. It also explicitly prohibits what the group and others call “abortion on demand,” or abortion because someone doesn’t want to be pregnant.

By contrast, the Reform movement’s Religious Action Center bases its position on reproductive rights on “the core belief that each person should have agency and autonomy over their own bodies.” Other progressive Jewish groups, including the National Council of Jewish Women, have gone on record highlighting the value of bodily
autonomy over reproduction, but too few. Some non-Orthodox rabbis even expressly forbid it.

Unless you support a person’s right to bodily autonomy, then you are supporting a system wherein someone else determines what you or anyone else can do with their bodies. It does not matter whether that person is a lawmaker, a judge, a contemporary rabbi or one from 2,000 years ago. It does not matter whether that person would permit most abortions or even require some.

There’s a temptation right now to say that restrictions on abortion rights in the United States violate the religious freedom of Jews. That’s true, to an extent. But a religious argument based on Jewish law and rabbinic texts only goes so far. Those of us who support reproductive health, rights and justice ought to be honest about the connection between that and our rabbinic tradition. I believe in the same bodily autonomy argument that Nitzan Horowitz makes. It may not be an argument rooted in Jewish law, but it is a Jewish argument — and it’s time to make it.

Michal Raucher
is associate professor of Jewish Studies at Rutgers University and author of “Conceiving Agency: Reproductive Authority Among Haredi Women” (Indiana University Press).
The views and opinions expressed in this article are those of the author and do not necessarily reflect the views of JTA or its parent company, 70 Faces Media.