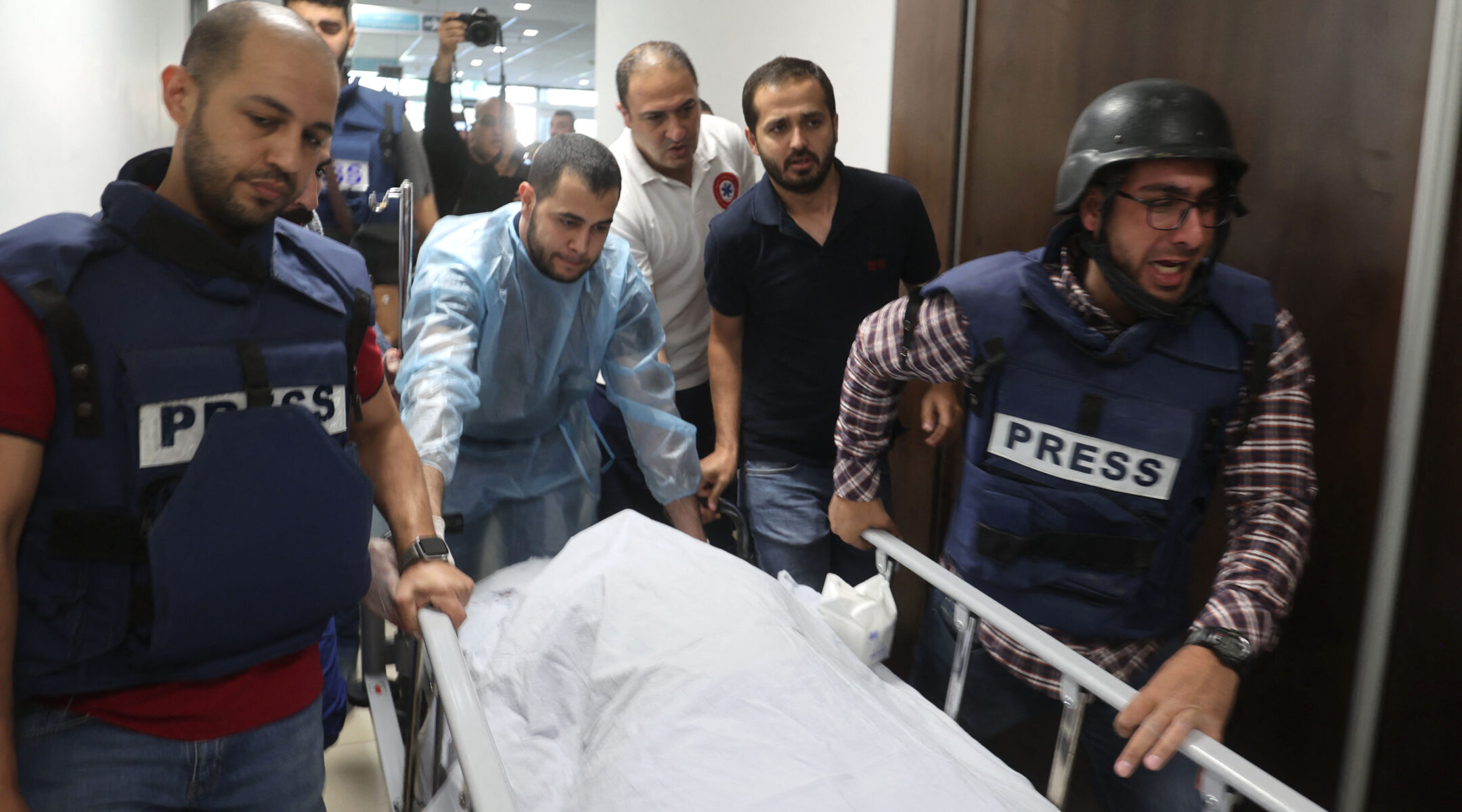 Mujahed al-Saadi, a cameraman for Palestine Today TV, escorts the body of veteran Al-Jazeera reporter Shireen Abu Akleh, who was shot and killed as she covered a raid on the West Bank's Jenin refugee camp, May 11, 2022, at the hospital in Jenin.(Jaafar Ashtiyeh/AFP via Getty Images)
Advertisement

(JTA) — A veteran Palestinian journalist, Shireen Abu Akleh, was shot and killed Wednesday while reporting about an Israeli army operation in Jenin.

Abu Akleh, who was an American citizen, reported about Israel and Palestine for Al Jazeera.

Israeli and Palestinian authorities disputed the circumstances of her death, which came as Israeli soldiers were engaged in a raid in the West Bank city. Palestinian officials, other Palestinian reporters who were present at the scene and Al Jazeera all said that Israeli forces had fired the shot that killed Abu Akleh. Meanwhile, the Israeli army and Israeli leaders, citing video they said was from the scene, said they thought she had been killed by Palestinians who mistook her for a soldier.

Video footage of the incident showed Abu Akleh wearing a vest that identified her as a member of the press, according to Israeli media. International law is meant to safeguard journalists who report from conflict zones.

“Very sad to learn of the death of American and Palestinian journalist Shireen Abu Akleh,” U.S. Ambassador to Israel Tom Nides tweeted. “I encourage a thorough investigation into the circumstances of her death and the injury of at least one other journalist today in Jenin.”

Abu Akleh’s death is certain to escalate tensions in the area, already high after a string of attacks against Israelis by Palestinian terrorists, including several from Jenin.

It also briefly appeared to threaten Israel’s delicate government when Ra’am, the Arab party that for the first time holds power in the Knesset, Israel’s parliament, delayed a planned press conference about whether it would support a bill to dissolve the government. But the party later signaled that it would return to the governing coalition, ending for now the possibility that the year-old government could be dissolved.

Abu Akleh was born and lived in eastern Jerusalem and will be buried there on Thursday, according to press reports. She had worked for Al Jazeera since 1997, according to the network.