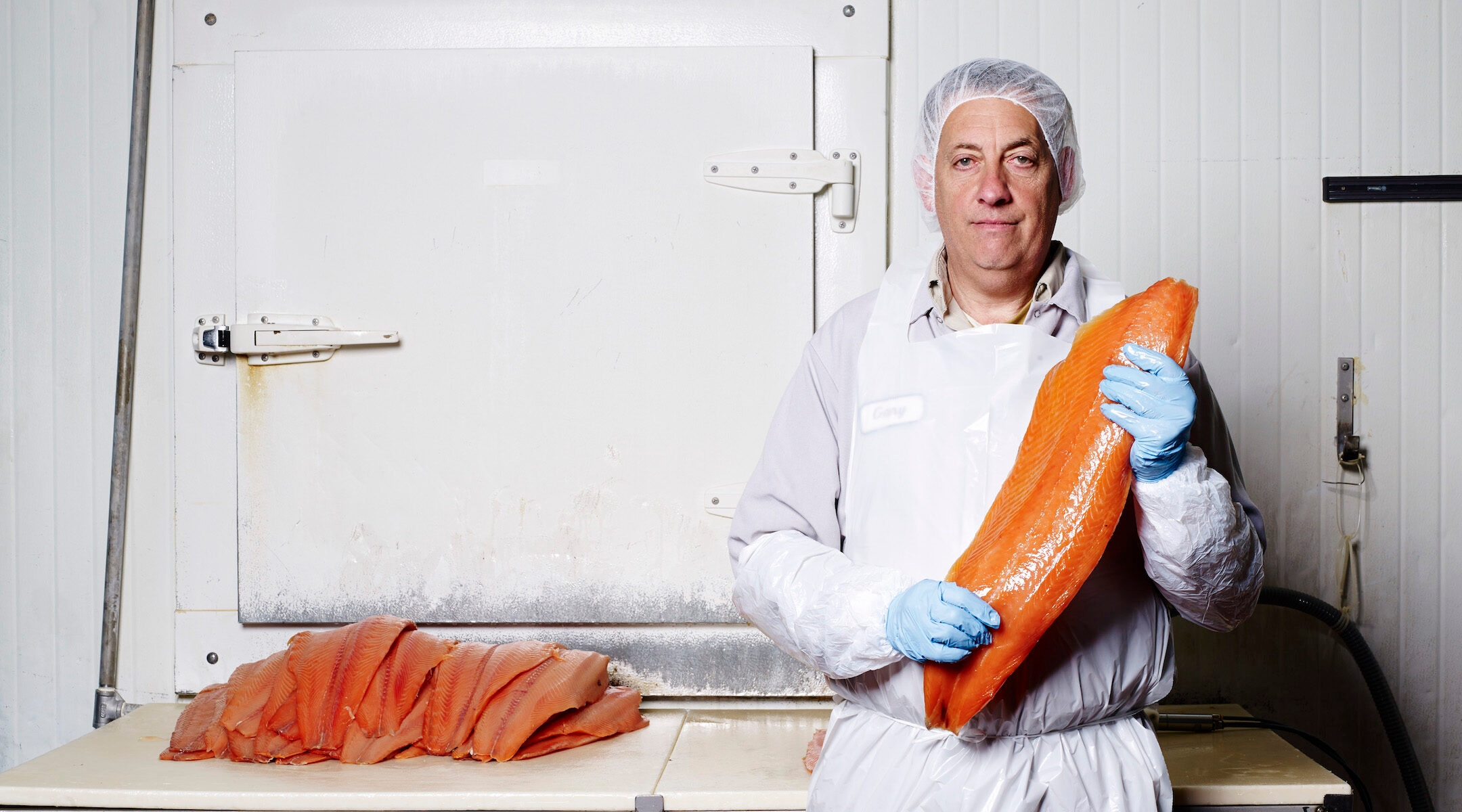 Gary Brownstein, one of Acme Smoked Fish's production managers, started at the company in 1975. He is the grandson of Harry Brownstein, the company's founder. (Michael Harlan Turkell)
Advertisement

(New York Jewish Week) – Every Friday, a line snakes down the block at the Acme Smoked Fish headquarters on Gem Street in Greenpoint, Brooklyn, where the company has been based since 1954.

Dozens of people cycle in throughout the morning. They’re here for Acme’s “Fish Friday” special — the one day each week when mere civilians are able to buy the company’s famous smoked fish at wholesale prices.

It’s also when they could rely on “Gary’s Specials,” named for Gary Brownstein, one of Acme’s production managers and a third-generation member of the family that founded the smoked fish company in 1906. Brownstein made the line for Fish Fridays a community event: chatting with customers, handing out free samples and forging relationships with people in the community who kept coming back to catch up with him each week.

When Brownstein’s wife died earlier this year, many of the friends he made from Fish Fridays stopped by his house. “It was very touching,” he told the New York Jewish Week.

This Fish Friday, May 20, was different, however. It was Brownstein’s last at Acme: He is celebrating — or, at least, optimistic about tolerating — his retirement after 47 years with the company.

Nor are Brownstein’s customers quite ready to say goodbye. On Friday, May 20, many came by to wish him well. “I’m shocked,” Brownstein said about the attention. “All my friends are here. But the truth is, if you treat people nicely, they come back. They remember you.”

Acme Smoked Fish was founded in Brooklyn in 1906 by his grandfather, Harry Brownstein, who had just emigrated from Russia. He distributed fish purchased from local smokehouses to appetizing stores around the city via his horse-drawn wagon. In the 1930s, he opened his own smoked fish store in Brownsville, Brooklyn. 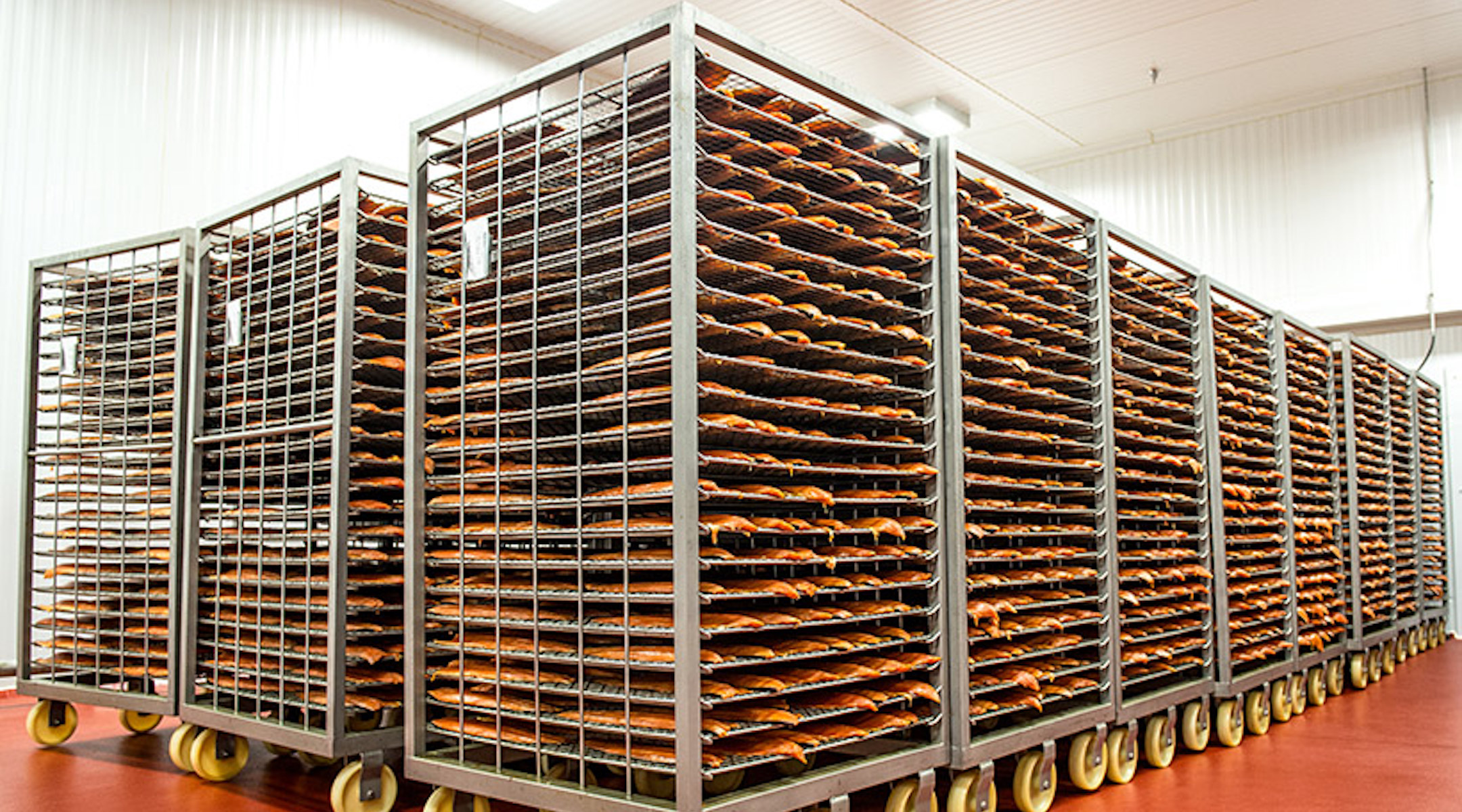 Acme is proudly a family business: in the 1940s, Harry brought in his two sons, Joe and Morty, and son-in-law Rubin Caslow. In the 1970s a third generation joined: Harry’s grandsons Robert Caslow, Eric Caslow and Brownstein.

Born in Brooklyn and raised in Merrick, Long Island, Brownstein started as an assistant to the “herring guy.” Then he moved to the salad department (as in: whitefish salad), the pre-pack department and eventually the slicing department, which sliced about 3,000 pounds of fish a week when he started. (Today, the company generates about 60,000 to 70,000 pounds a day across the country, Brownstein said.)

Fish Fridays began informally in 1992, according to Acme senior marketing manager Ellen Lee Allen. A “kitchen enthusiast,” Brownstein would play around with his favorite flavors and seasonal ingredients to develop his specials. His signatures are Mango Avocado Poke, Jalapeno Tequila Cold Smoked Salmon and Mustard Bourbon Peach Hot Smoked Salmon. He began selling his “Gary’s Special” smoked fish creations around 10 or 15 years ago.

“Our base used to be Jewish or Eastern European, but once the smoked fish went into the supermarkets, we saw all kinds of different people coming into the store and loving smoked fish. I decided maybe we could try something different,” Brownstein said. He began practicing sushi and poke cuts and flavors to appeal to a new and diverse customer base.

Brownstein relished working with his cousins. “We all loved each other,” he said. “I’m not just saying that. That’s just the way it is. We were always a really close family growing up, we did all the holidays together. I’m always happy that we had the kind of upbringing that we did. We gave it to our children, and hopefully they get the same work ethic.”

Before COVID, the Friday customers could come into the warehouse, sample fish and leave with as much as their hearts desired. During the pandemic, the company transitioned to a curbside pickup system.

Fish Friday is a longstanding tradition for some customers, like Jim Sullivan, who said he’s been coming every few months from his home in East Hampton for “more years than he can count.”

“I love this place,” Sullivan said. He buys $150 worth of lox at a time and freezes it until the next time he has to run errands in the city — usually to get materials for his contracting company. He always makes sure those errands are on Fridays so that he can stop by Acme. “I’m not Jewish, but sometimes I feel like I should be,” Sullivan said.

“You can buy all this stuff in the grocery store, but it’s not the same, and more expensive,” said Shawn, a Greenpoint resident who was waiting in line with her mom. The pair comes once a month to stock up on the Gravlax Smoked Salmon, which they say has the best flavor.

Brian Skutch and Adrienne Reed, a Williamsburg couple who also come once a month, said the Royal Cut is the salmon to get. But the Lemon Pepper is also delicious — or  it might be the Jalapeño, when it’s in stock. “You just have to try it all,” Skutch said. 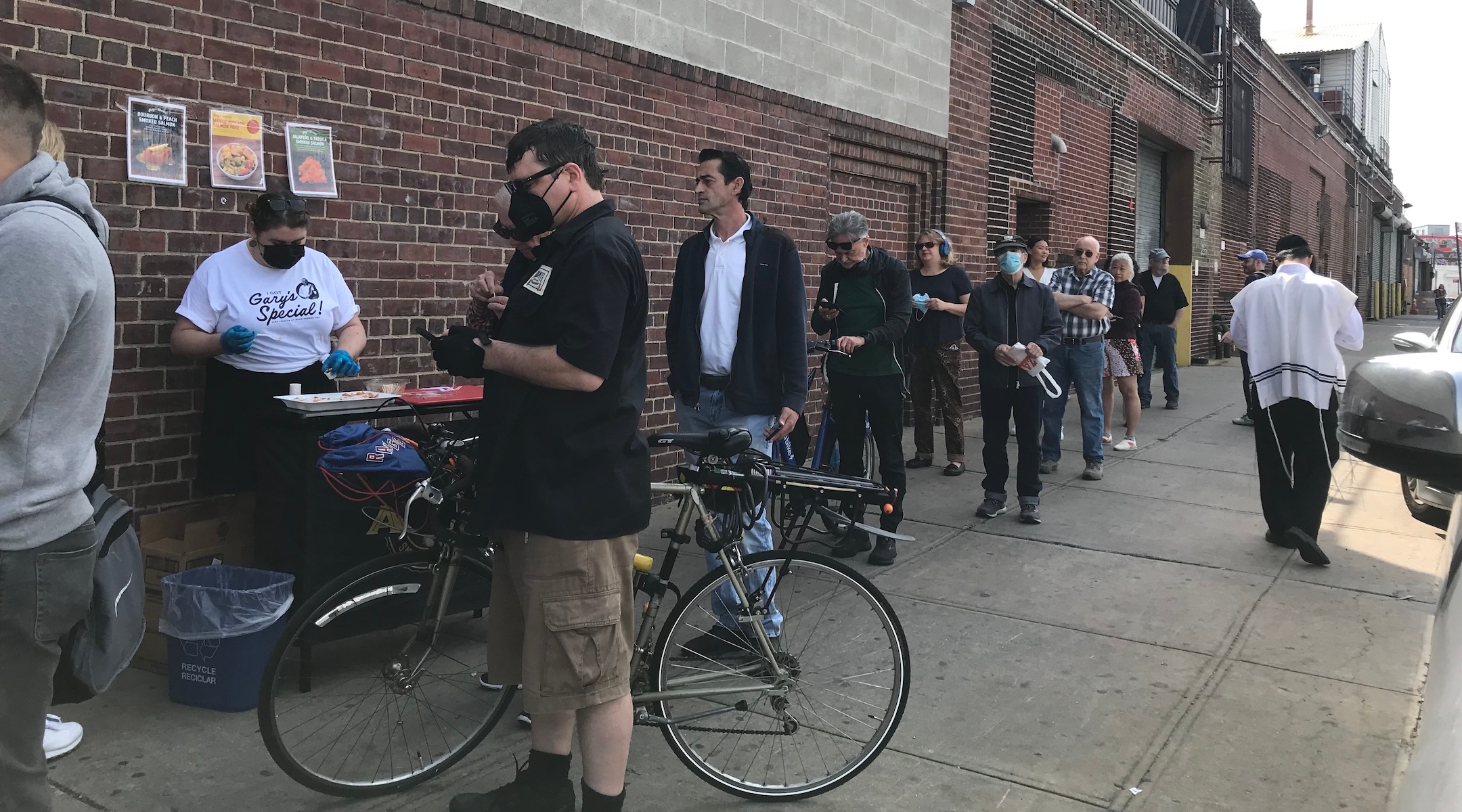 The “Fish Friday” line on May 20, 2022. It was the last Fish Friday for Gary Brownstein, the creator of “Gary’s Specials.” (Julia Gergely)

Today, in its fourth-generation of ownership, Acme is run by Harry’s great-grandsons Adam and David Caslow. “It’s more than just a job,” Adam Caslow said. “This business was such an ingrained part of our family dynamic that I had a tough time separating the two growing up. But as I get older, there’s a uniqueness to that. There’s a lot of relationships forged that are built around passion and accountability to each other. It’s meaningful.”

Brownstein passed the responsibility for Fish Friday specials to Holly Leung, a food scientist with whom he has been working the past few months on product development.

He said he is looking forward to playing more golf, spending time with his daughter, and selling his house in Edison, New Jersey.

“Maybe I’ll be back a couple days a week,” he said.