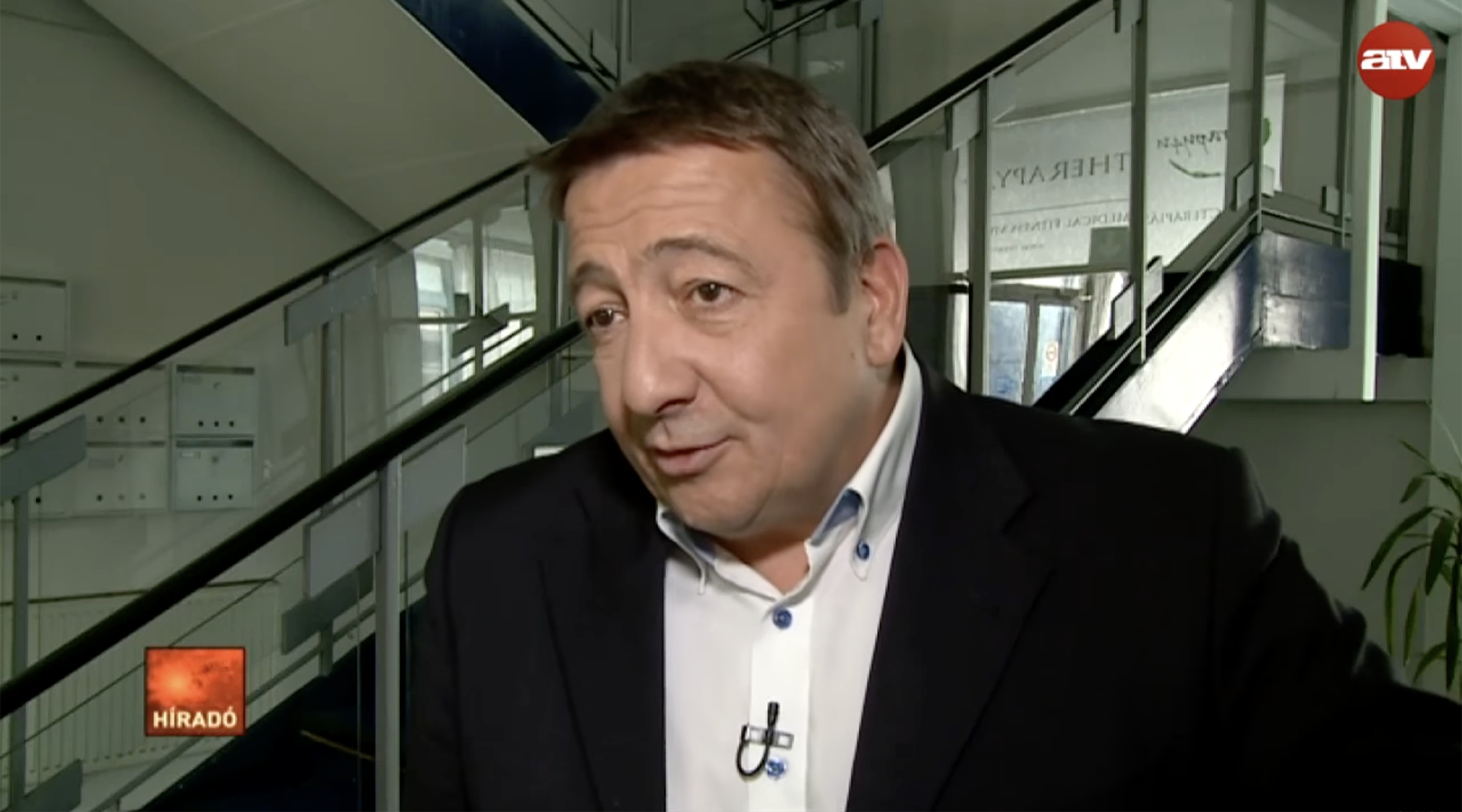 Zsolt Bayer once suggested it was "unfortunate" that more Jews were not killed in a 1919 massacre of Hungarian communists. (Screenshot from YouTube)
Advertisement

Bayer, Trump and Hungarian Prime Minister Viktor Orban all appeared this weekend at the annual Conservative Political Action Committee conference, held this year in Budapest. CPAC, a leading U.S. conservative attraction, where potential Republican presidential candidates often appear to assess their chances, chose Hungary for a rare conference abroad in part because Orban is seen as a bulwark against liberalism.

As Bayer’s presence made headlines, CPAC, which is run by the American Conservative Union, in a statement on its website condemned the “left-wing media” and “globalists” for “a coordinated smear campaign on conservative leaders on both sides of the Atlantic.”

Its director, Matt Schlapp, on Twitter said criticism of Bayer’s presence was “delusional.” “We had a Rabbi open up @CPAC Hungary in prayer w[ith] Christian leaders,” Schlapp said. ” We have representatives here from Israel.”

In 2011, furious at criticism of Orban’s newly imposed restrictions on media, Bayer singled out three Jewish critics — Andras Schiff, the noted Hungarian pianist, Nick Cohen, a British journalist, and Daniel Cohn-Bendit, a French politician — as “stinking excrement” and suggested it was “unfortunate” that more Jews were not killed in a 1919 massacre of Hungarian communists.

That broadside was the basis in part for the Holocaust Museum’s rebuke of Hungary’s government in 2016 when Bayer, who co-founded Orban’s Fidesz party, was awarded Hungary’s Order of Merit.

“Bayer has a long record of racist speech and has written highly provocative antisemitic and anti-Roma articles in the Hungarian media,” the museum said at the time. Bayer, who is close to Orban, has said Roma are “not fit to live among human beings.”

A number of figures who had received the Order of Merit returned it, including a Hungarian Jewish leader. Bayer’s broadsides continued unabated; last year he attacked Antony Blinken, the U.S. Jewish secretary of state, as “rootless,” an antisemitic euphemism for Jews.

Orban at the conference embraced his role as the vanguard of the international right wing and called for conservatives to “take back” institutions in Washington and Brussels. Orban’s government has been cited by the Anti-Defamation League and other groups as trafficking in antisemitic tropes.

Bayer, the Guardian reported, appeared at a session in which he unfavorably compared the physical appearance of a Black model to a white model. Bayer has in the past also used pejoratives to describe Blacks.

Trump in a video address to the conference praised Orban. “He is a great leader, a great gentleman, and he just had a very big election result,” he said, referring to Orban’s recent fourth consecutive elections victory.

Also speaking were Mark Meadows — Trump’s final chief of staff as president who is now under investigation by the committee investigating the deadly Jan. 6, 2021 insurrection spurred by Trump’s false claims he had won the presidential election — and Tucker Carlson, the Fox News host who is the leading purveyor of the “replacement” theory, which argues that malign forces are seeking to “replace” white Americans. The theory has been touted by attackers who have killed Jews and Blacks in the United States.