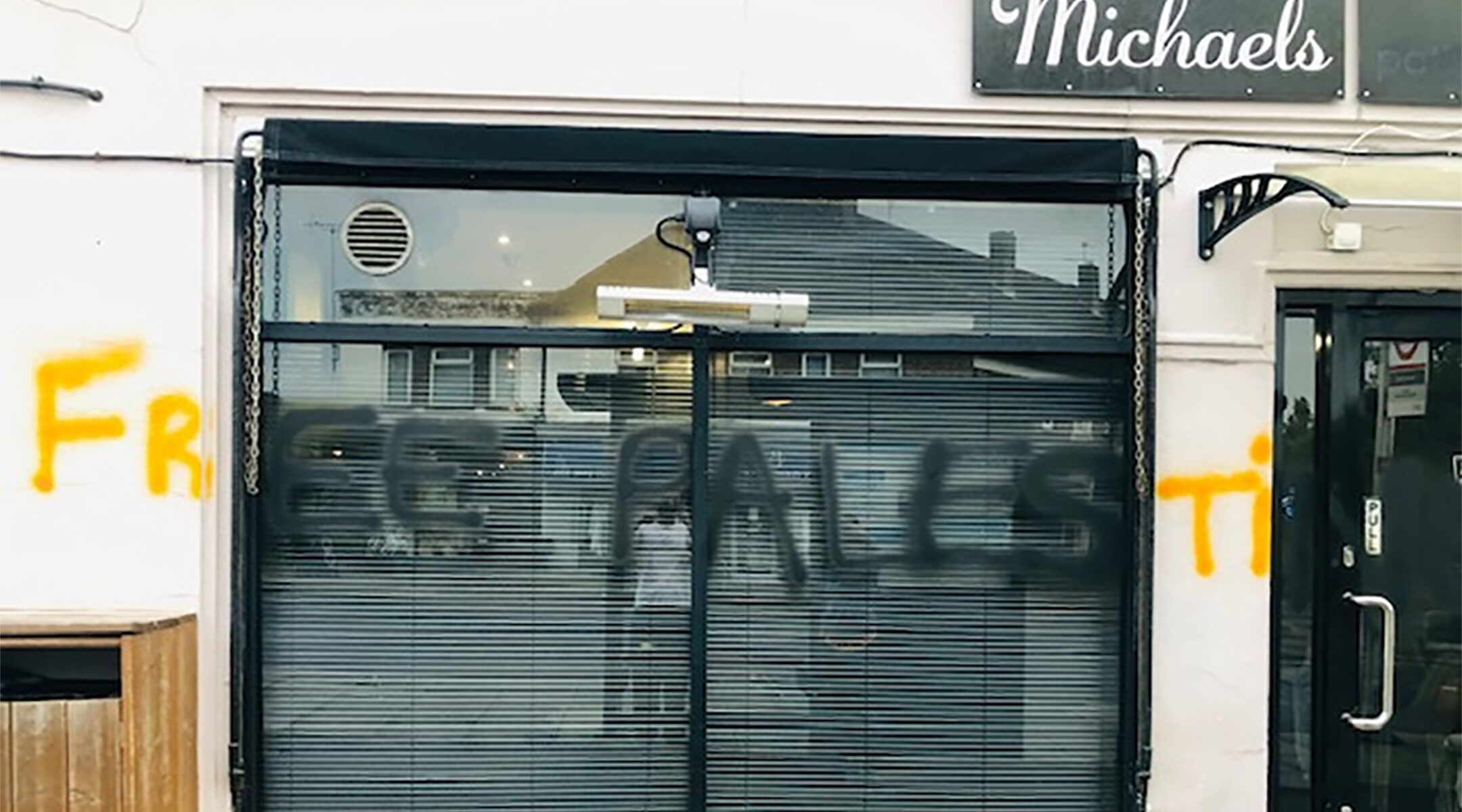 The words "free Palestine" were spray-painted on the facade of a cafe owned by an Israeli in London, May 14, 2022. (Michael Levi)
Advertisement

(JTA) — Unidentified individuals spray-painted the words “free Palestine” on the facade of an Israeli-owned cafe in London.

The incident, which the owner Michael Levi suspects was an antisemitic hate crime, occurred on May 14 at Michaels Brasserie, the Jewish News of London reported on Tuesday.

The graffiti was painted there late at night on a Saturday, the report said.

Police arrived at the café and documented the incident and are looking into it, Levi told the Jewish News. Levi said that there was nothing Jewish about the cafe’s facade when it was vandalized.

”I can’t really get angry with people who choose this path. I just feel ashamed and hurt, and upset. We are just try to live our lives doing the best we can .. and then this,” he told the newspaper.

The café serves Middle Eastern foods popular in Israel and in Arab countries, including shakshuka, shawarma and smoked eggplant.