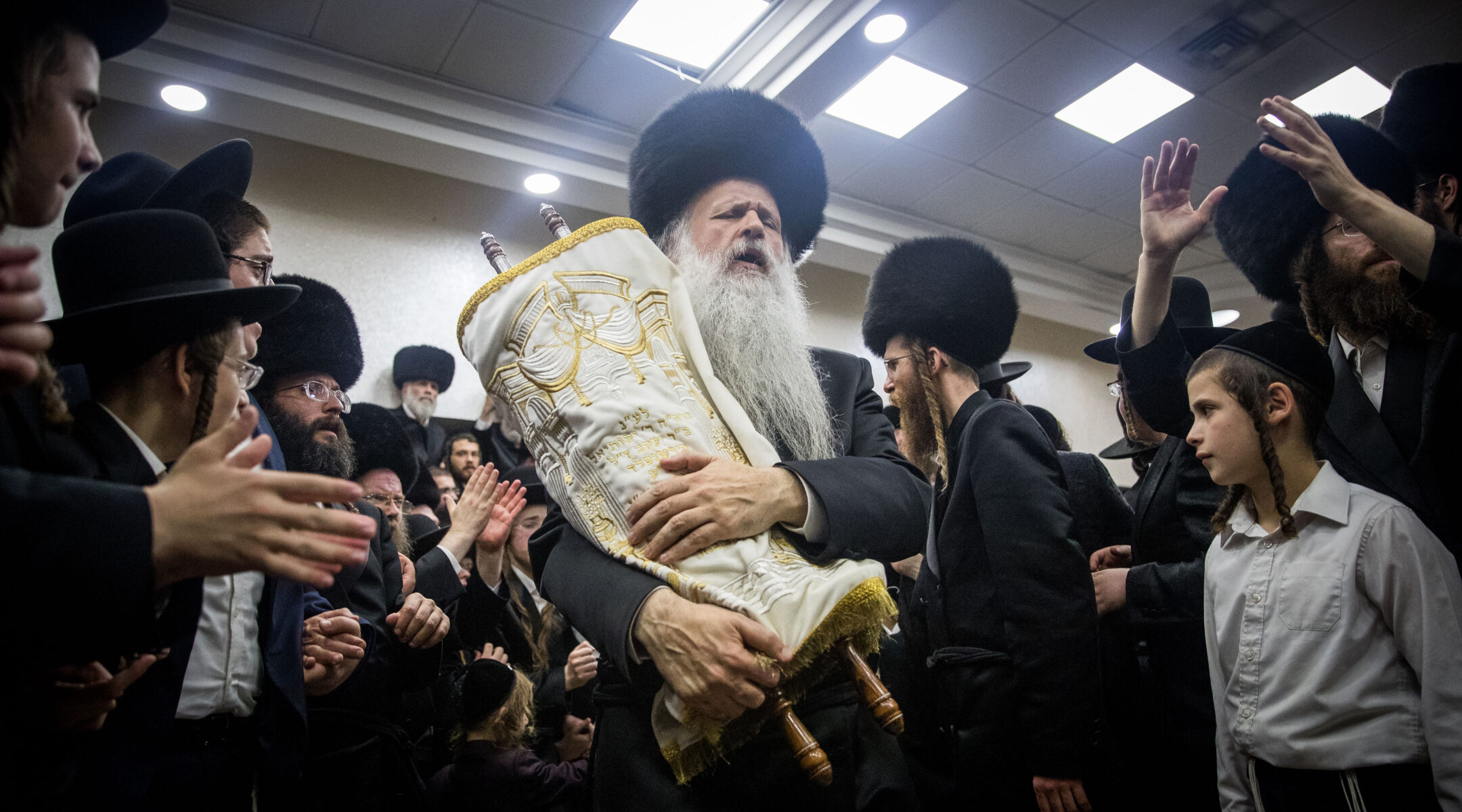 (JTA) — A simmering rivalry within one of the largest Hasidic movements in Israel escalated into violent street brawls that left several people wounded.

Clashes between competing currents within the Ger dynasty happened last weekend in Jerusalem, Bnei Brak and Ashdod, according to Srugim, a news site focused on religion.

Hundreds of people clashed on the street in Jerusalem, leading to several minor injuries. A police officer who tried to arrest rioters was also injured.

The incident erupted after members of one faction within the Orthodox movement, led by Rabbi Yaakov Aryeh Alter, smashed windows and harassed passersby near homes and businesses associated with followers of the rabbi’s cousin, Shaul Alter. Police officers escorted Shaul Alter out of a synagogue to his home to prevent anyone from assaulting him, Ynet reported.

The two cousins have drifted apart in recent years. The hostility rose in 2019 after recordings surfaced in which Shaul Alter argued to multiple listeners that his cousin was failing his rabbinical duties to his followers. Later that year, hundreds of Shaul Alter’s followers celebrated the Simchat Torah holiday separately from the rest of the movement, signaling a rift.

Recently, one man complained about not being able to see his children in the framework of a family dispute that was being handled internally within the insular community, according to Ynet. But that was taken as a sign of disrespect to the leadership of Yaakov Aryeh Alter and triggered a crackdown on Shaul Alter’s followers, according to reports.

The Ger dynasty was founded in Poland in the end of the 19th century. It has tens of thousands of followers in Israel and is a dominant force within the Orthodox political party United Torah Judaism.