‘Grassroots’ or ‘Greengrass’? Upper West Side appetizing shop is ensnared in Maloney-Nadler matchup 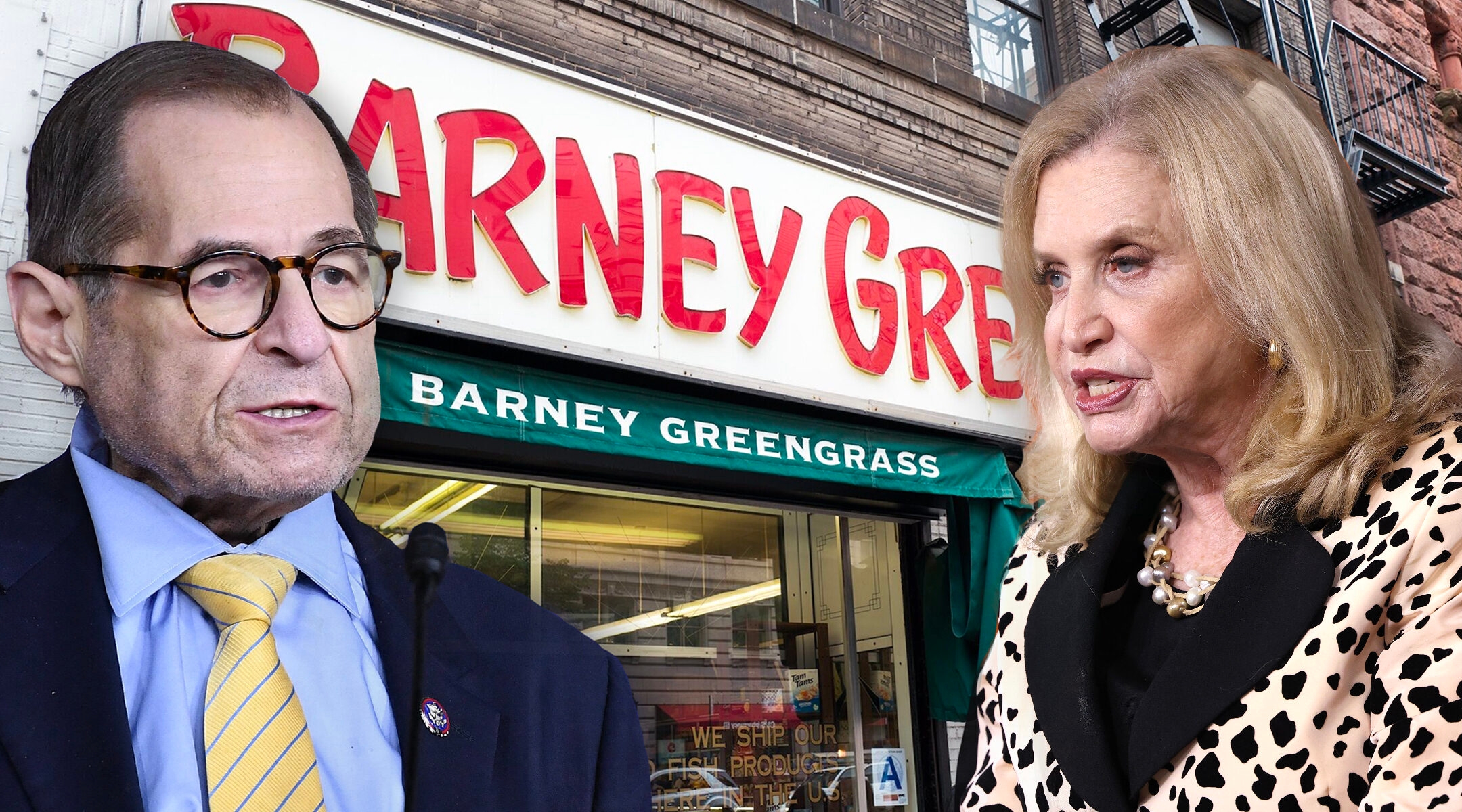 Now Rep. Carolyn Maloney is finding out the perils of flubbing a venerable city food tradition.

In an interview with The New York Times, the incumbent congresswoman from the East Side had trouble remembering the name of Barney Greengrass, the iconic appetizing store on the Upper West Side.

“There’s a deli over there; it’s called Grassroots,” Maloney said in response to a question about how well she knew what could become her new district.

The gaffe may only be significant thanks to New York’s new redistricting plan, which puts Maloney in a direct contest with Rep. Jerry Nadler, a fellow Democrat who has long represented the Upper West Side. The new district maps merged parts of both their districts, and both politicians vowed to run and win in the newly drawn District 12.

Nadler is the city’s only remaining Jewish congressman. His previous district, NY-10, stretching from the Upper West Side to Brooklyn’s Borough Park, encompassed the most Jews in New York.

Nadler told The Times that he had told Maloney, during a private conversation, he was going to win the seat and suggested she run for a different seat.

“She said basically the opposite, and so it was an impasse,” Nadler said, “and we left it at that.”

Maloney, for her part, is committed to maintaining her seat. “Too often qualified and accomplished women have been told to stand aside for the sake of men’s egos,” she wrote on Twitter. “But I have a lifetime of experience standing up to powerful men.”

Victory in the Aug. 23 primary will mean winning over the, um, grassroots. Reminding Maloney that the store is called Barney Greengrass, an aide said that she’d “been there a million times.”

Gary Greengrass, whose grandfather founded the deli in 1908, said that he didn’t remember Maloney in the shop, but that Nadler was a frequent diner. (Nadler also showed off his local cred in January 2021, when he was seen on C-SPAN carrying a bag from Zabar’s, the Upper West Side grocery and appetizing store, to a House Judiciary Committee meeting. Asked what was in the bag, a spokesperson replied, “A babka and the Constitution, what else?”)

The deli moved to its current location on Amsterdam Avenue and 86th Street in 1929. According to Barney Greengrass’s website, the restaurant has been a setting for numerous TV shows and movies, including “You’ve Got Mail,” “Sex and the City,” “Seinfeld” and “30 Rock.”

On a serious note, liberal Democrats are already lamenting that the redistricting will end the career of at least one congressional stalwart.