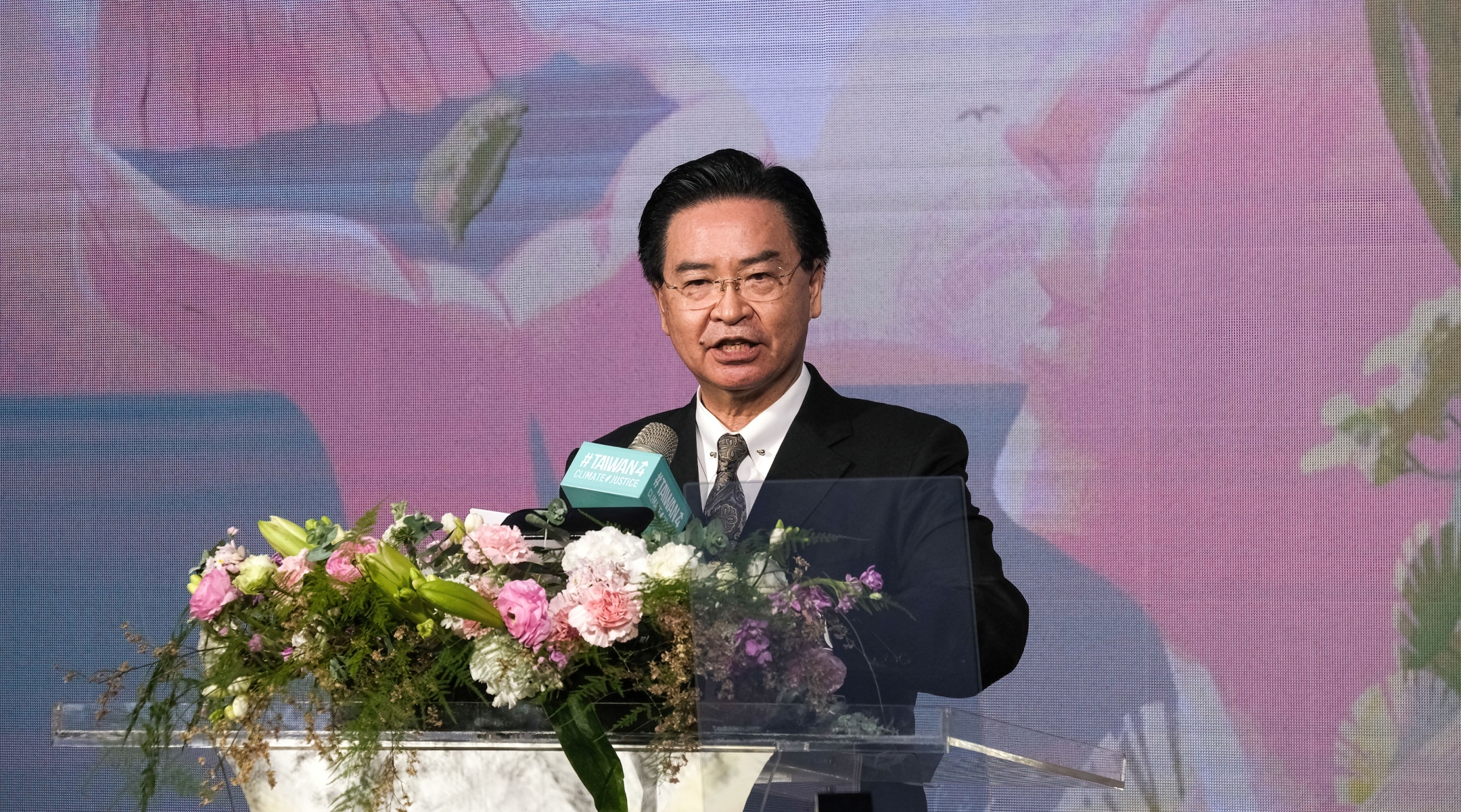 (JTA) — The editor of the Jerusalem Post said that after running an interview with Taiwan’s foreign minister, he received an angry call from China, which threatened to downgrade relations with Israel.

Yaakov Katz ran the interview with Joseph Wu — who warned Israel not to get too close to China, something that successive American administrations have also warned — on Wednesday. Katz soon got a call from a senior diplomat at the Chinese embassy in Tel Aviv, he told the Jewish Telegraphic Agency.

“He said that if I don’t withdraw the story they would sever ties with the Jerusalem Post and that the move would also hurt and undermine ties between the State of Israel and China,” Katz said, without naming the diplomat.

Katz described the exchange on Twitter, and the Chinese embassy made public its objections. In a statement sent Katz, and which Katz posted on Twitter, the embassy was not specific in its warnings. But it was clear that the embassy believed keeping the story up would have an effect on China-Israel relations.

“The Chinese Embassy in Israel expresses firm opposition and strong condemnation against The Jerusalem Post for publishing an ‘exclusive interview’ with Joseph Wu, a ‘Taiwan independence’ separatist, to spread separatist noises in total disregard of the Embassy’s objection,” the statement said. “We demand The Jerusalem Post to respect China’s core interests and the Chinese people’s national sentiments, refrain from being manipulated by ‘Taiwan Independence’ forces and foreign anti-China forces, and take real actions to eliminate the egregious impacts of the interview and contribute to China-Israel relations.”

“The Jerusalem Post is committed to telling stories that matter to its readers and the world,” Katz told JTA. “That includes interviewing senior government officials including from Taiwan. We remain committed to continuing to doing our job as a leading Israeli newspaper.”

In the interview, Wu said China’s leaders were taking the “wrong lesson” from Russia’s war against Ukraine and appeared to be intensifying their consideration of whether to attack Taiwan.

“It seems that China has been drawing the wrong lesson, and it seems to be trying to examine what went wrong in the Russian warfare against Ukraine to improve themselves,” Wu said. “And if they do that, I think their determination to go after Taiwan is going to be stronger.”

“Sometimes they use trade as a weapon, and we have seen them practicing their weaponized trade relations with many other countries,” he said.