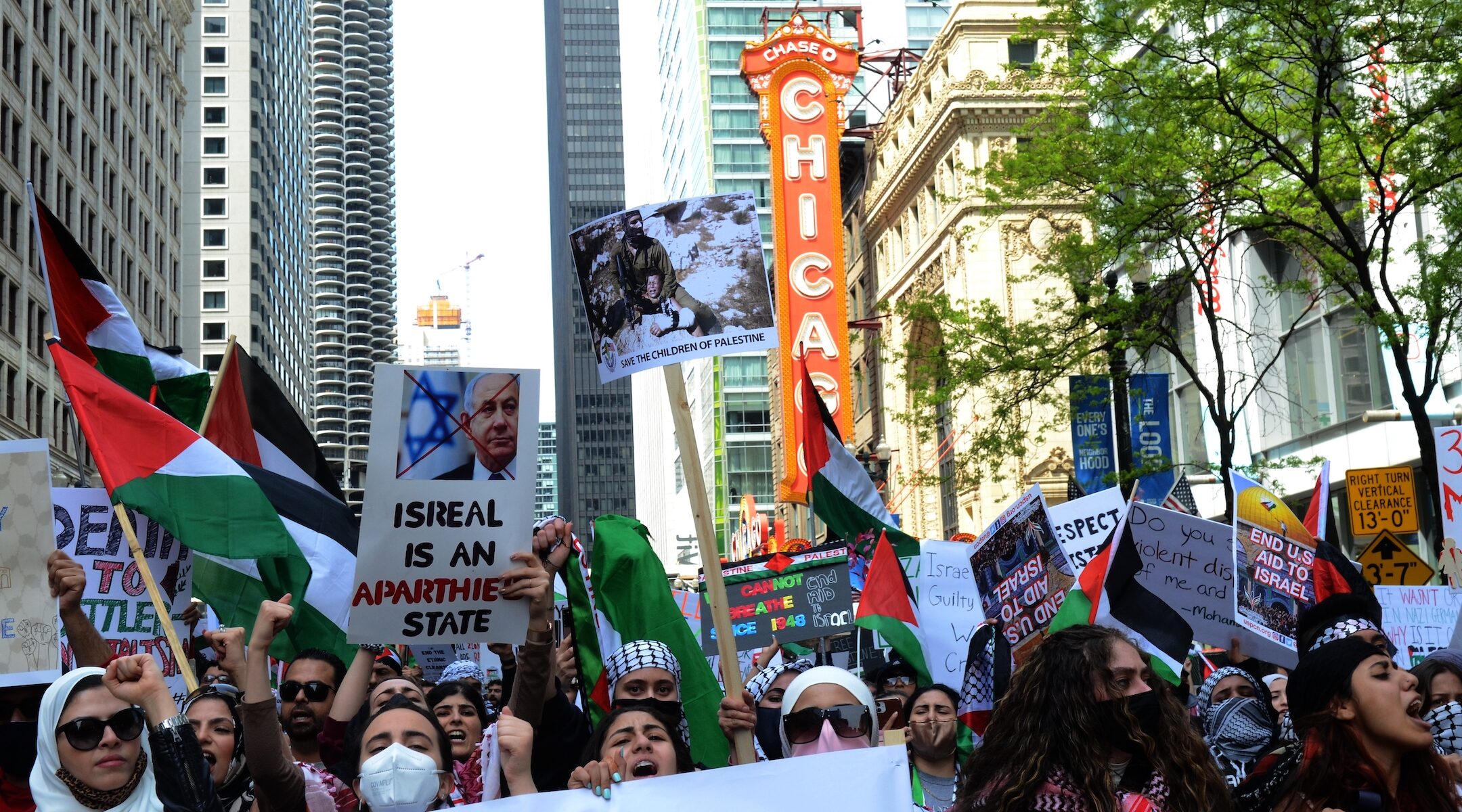 (JTA) – Pro-Israel activists are declaring a victory against the Israel boycott movement after a financial services company vowed to make changes to avoid inadvertently steering investors away from Israel.

The company, Morningstar, had endured a two-year campaign by Israel advocates who believed it was waging a “soft” boycott of Israel. The company denied the allegations but asked a law firm to conduct a review of its practices. The company released the resulting 117-page report on Thursday.

Morningstar said that while the investigation uncovered no evidence of systemic bias against Israel, it would change certain practices that could have had inadvertent impacts on its advice to clients looking to screen their investments based on environmental, social, and governance factors, known as ESG factors in the investing world.

Morningstar is one of the leading firms in the field of ESG investing, so the changes enacted under pressure from pro-Israel activists will be closely watched. Ideological groups opposed to the concept of ESG — buoyed by Elon Musk’s recent swipe against it — will look for leverage in their campaign on the issue. Meanwhile, advocacy groups focused on issues such as human rights or the environment will likely worry about whether the Morningstar announcement spells a setback for their efforts.

The company said it would decide on standard language to discuss Israeli and Palestinian affairs in its research in order to avoid “inflammatory” terminology. It also said it would provide more transparency to its sources of information. According to the report, Morningstar in 2019 added pro-Palestinian outlets Electronic Intifada and BDSMovement.net to its list of unreliable sources.

Meanwhile, the company said it has eliminated its Human Rights Radar service, which was used for tracking developments in regions affected by political violence. The service, offered to investors by Morningstar’s subsidiary Sustainalytics, was found to “exhibit bias” by overly focusing on the Israeli-Palestinian conflict.

Morningstar’s stance represents a departure from previous statements by the company when it rejected complaints by Jewish groups such as Jlens, and by the Illinois Investment Policy Board, a government body charged with enforcing certain state laws around the investment of public funds.

For example, Jlens — a Jewish investor network — had repeatedly accused the company of improperly inflating Israel’s risk and controversy ratings, arguing that such behavior amounts to an antisemitic boycott of the country. In March 2021, Morningstar said an internal investigation into the practices of its newly acquired subsidiary Sustainalytics found Jlens’ claims to be false.

“We stated then—and reaffirm today—that neither Morningstar nor Sustainalytics supports the anti-Israel BDS campaign,” Morningstar’s executive chairman Joe Mansueto and CEO Kunal Kapoor said in a public statement announcing the investigation results. “However, in retrospect, our initial review was overly dismissive of the serious bias concerns raised by the organization JLens, the Illinois Investment Policy Board, and other entities. We consider bias unacceptable in any form and concluded that the concerns warranted a thorough, independent review.”

Getting Morningstar to this point has been the years-long goal of Jlens. The group was among the first to highlight the potential for trouble for Israel from the Boycott, Divestment and Sanctions movement as investors have become increasingly interested in ethical guidance on financial decisions.

“This is a victory in the fight against the anti-Israel BDS campaign,” JLens CEO Julie Hammerman said in a statement. “Morningstar’s commitment to implement the many recommendations in their report will eliminate a key source of BDS support in the economic arena.”

A group of activists opposite Jlens on the BDS issue lamented the announcement from Morningstar, pointing to the finance world as an important lever for putting pressure on Israel.

“As organizations committed to justice for Palestinians, we are of course disappointed, not only because of the harm caused to Palestinians but also because of the overall potential weakening of human rights standards in investing, that under pressure from JLens and the Illinois Investment Policy Board, Morningstar has decided to discontinue its Human Rights Radar,” Lesley Williams, a member of Jewish Voice for Peace and co-coordinator of the Illinois Coalition For Justice Equality and Free Speech, said in a statement.

But Williams rejected Israel advocates’ declaration of victory, arguing that Morningstar has not made significant changes to its practices other than restricting the use of certain sources.

“Companies that violate the human rights of Palestinians or who benefit from the violation of those rights can be rated accordingly,” Williams said.