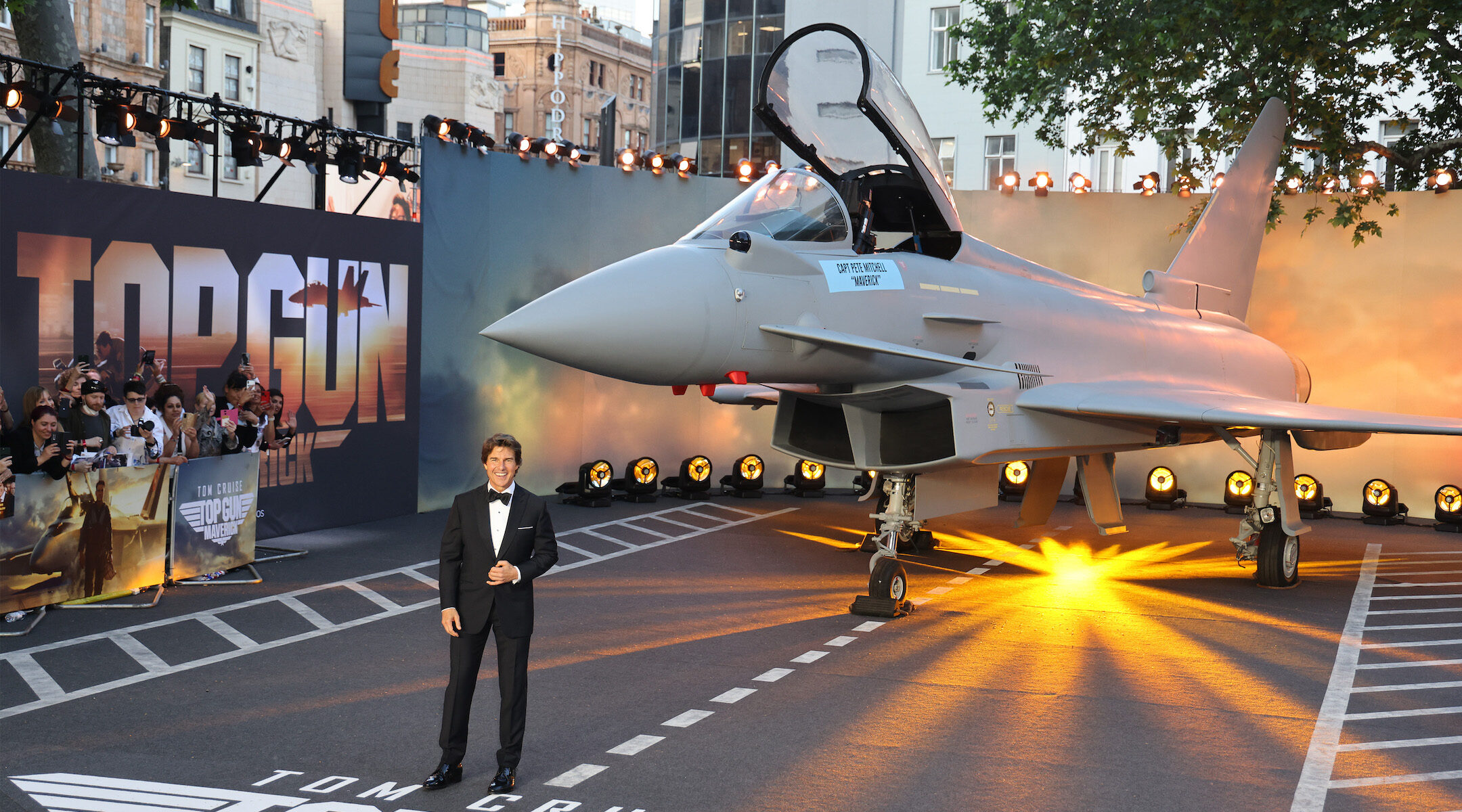 Tom Cruise at a "Top Gun: Maverick" premier at Leicester Square in London, May 19, 2022. (Neil Mockford/FilmMagic via Getty Images)
Advertisement

(JTA) — The widow and son of the Israeli author whose 1983 magazine article inspired the original “Top Gun” film are suing Paramount Pictures for copyright infringement over the newly released sequel, “Top Gun: Maverick.”

A complaint filed in a Los Angeles federal court on Monday and shared by Variety argues that Paramount failed to reacquire the rights to Ehud Yonay’s California magazine piece after the rights reverted to his heirs Shosh and Yuval Yonay in 2020.

The Yonays, who currently reside in Israel, claim that Paramount was notified of the copyright termination in 2018 and 2022. Paramount argues that the sequel was “sufficiently completed” by Jan. 24, 2020, the date the copyright reversal went into effect.

“These claims are without merit, and we will defend ourselves vigorously,” Paramount said in a statement.

“Top Gun: Maverick” has become one of the summer’s top blockbusters, grossing over $550 million globally since its U.S. debut on May 27. The Yonays are seeking unspecified damages, including profits from the film, as well as an injunction preventing its further distribution.

Ehud Yonay, who died last year, also wrote a book titled “No Margin For Error: The Making of the Israeli Air Force.”