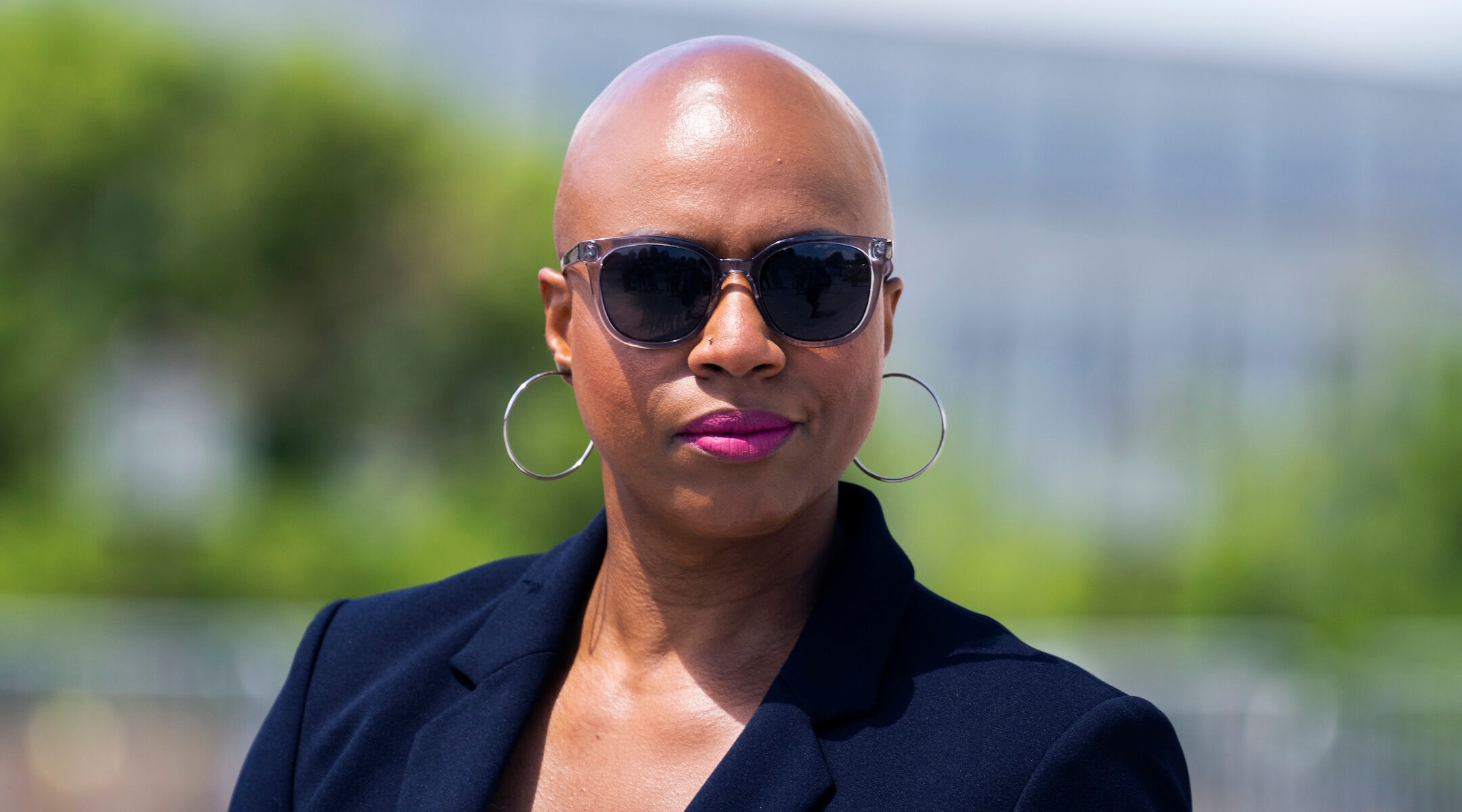 (JTA) – Massachusetts’ two Democratic Senators have joined at least four Democrats in Congress, including one vocal critic of Israel, in speaking out against a Boston pro-Palestinian activist group’s initiative mapping “local institutional support for the colonization of Palestine,” saying the map, which includes the names, addresses and staff members of many Jewish organizations, could incite violence against the Jewish community.

“At this moment of rising antisemitism, racist attacks, and political violence, this ‘mapping’ of the Jewish community is dangerous and irresponsible,” Sens. Elizabeth Warren and Ed Markey said in a joint statement over the weekend condemning the Mapping Project. “We strongly condemn antisemitism and will continue working for the safety of all vulnerable people at home and abroad.”

Warren and Markey are two of the politicians the project includes in its web of supposed Zionist influence.

Their statements followed a denunciation of the map by Boston’s largest communal Jewish organizations.

“There is no doubt that antisemitism and organized, violent white supremacy are at a boiling point in this nation and threaten our communities,” Pressley said in her statement. She added, “It is not acceptable to target or make vulnerable Jewish institutions or organizations, full stop.”

Pressley’s statement was notable because she is a member of the progressive “Squad” of representatives who include Israel’s strongest critics in Congress, Reps. Rashida Tlaib and Ilhan Omar. Pressley herself voted in 2019, shortly after being elected, to condemn the Boycott, Divestment, Sanctions movement targeting Israel. But since then, she has expressed increasing solidarity with the Palestinian cause.

Last year, during Israel’s deadly conflict with Hamas in Gaza, she delivered a speech on the House floor condemning U.S. aid to Israel and saying that the funds “create conditions for oppression and apartheid.” She also was one of nine members of Congress, along with Tlaib and Omar, to vote against sending funds to replenish Israel’s Iron Dome missile defense system.

Without referring to the mapping project directly, Pressley in her statement cited last year’s stabbing attack on a Boston-area rabbi as evidence for the need to be “vigilant when it comes to keeping each other safe.”

Auchincloss told Jewish Insider this week that the Mapping Project’s “actions have the potential to incite violence, especially in a moment of heightened antisemitism and gun violence.” Moulton tweeted that the project is “an anti-Semitic enemies list with a map attached.”

Torres, a progressive who has often defended Israel in public statements, said the project was an example of “scapegoating,” which “is a common symptom of antisemitism.” 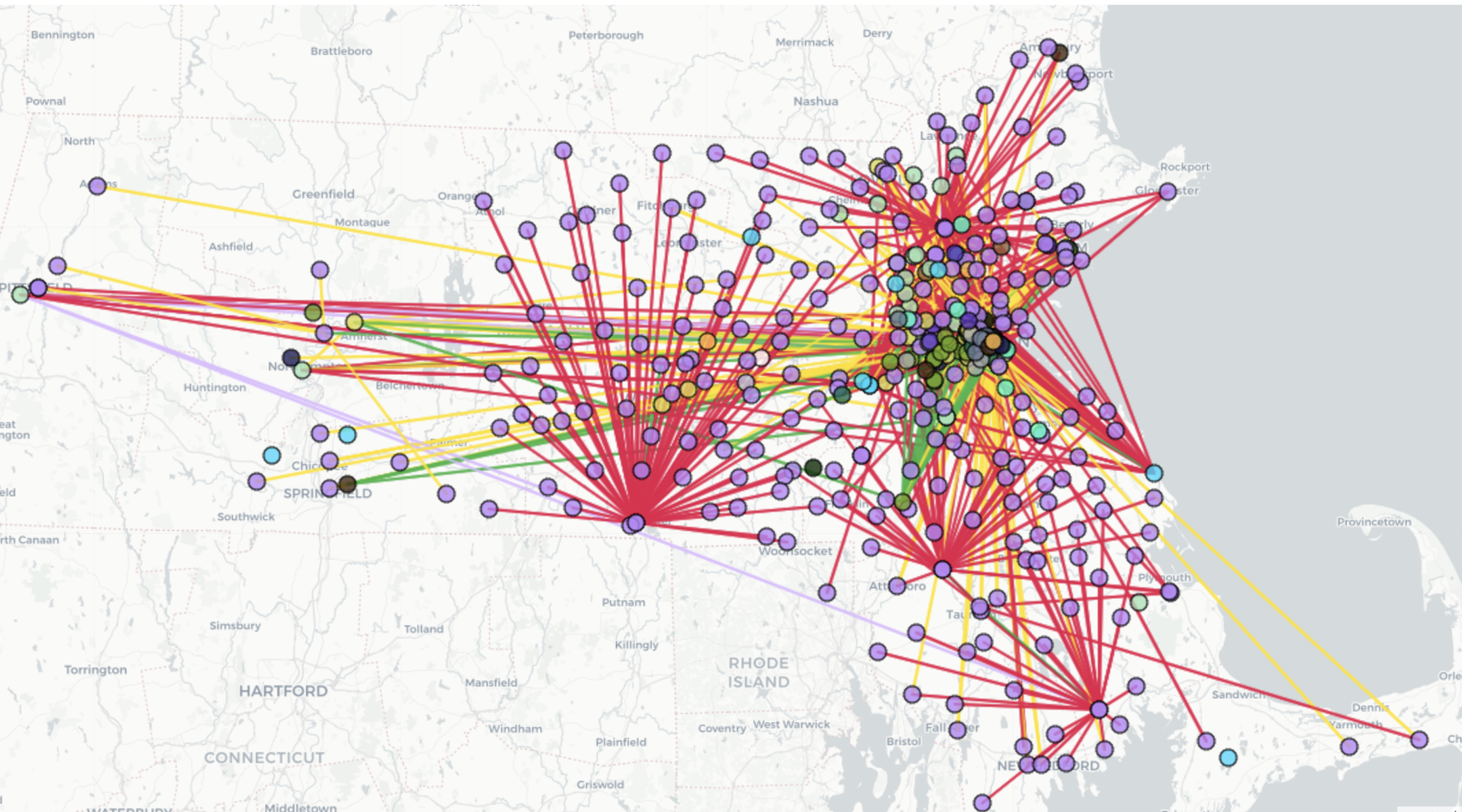 The Mapping Project draws what it says are lines of influence between “Zionist leaders,” running the gamut from Jewish political organizations and foundations to Jewish day schools and synagogue groups, and other “harms,” including local police departments and pharmaceutical companies. In a statement on its website, the anonymous group — which has connections to Boston BDS — says its goal is to “dismantle” these institutions.

BDS Boston continued to defend the project on social media, retweeting messages of support from figures including Black Jewish author and theoretical physicist Chanda Prescod-Weinstein. “The vast majority of organizations on the map are not Jewish,” Prescod-Weinstein said, adding that “JewishBoston dot com and Google Maps will literally tell you where all the Jewish orgs are, much more efficiently than this map does.”