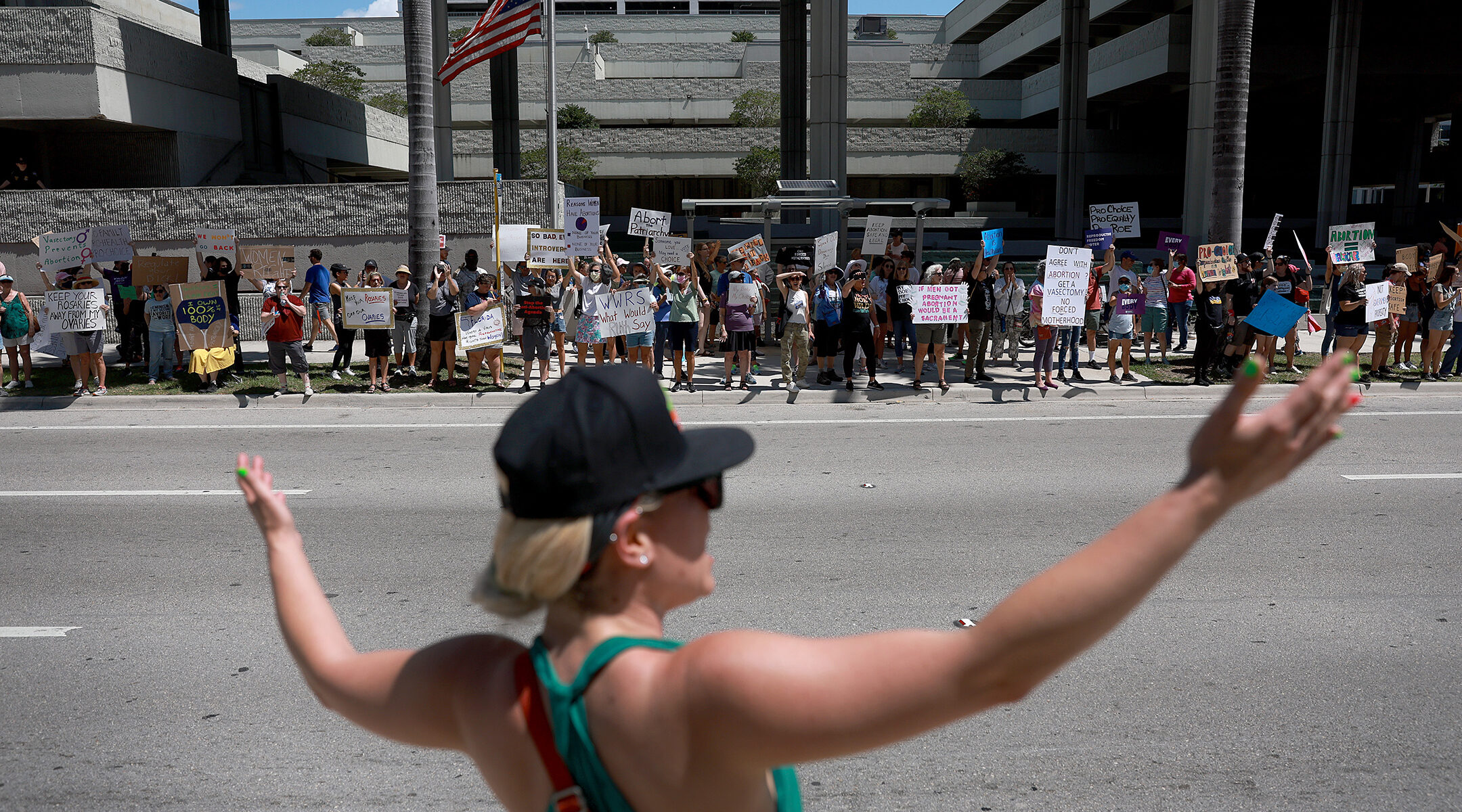 SARASOTA, Fla. (JTA) — A synagogue in Florida filed a lawsuit this week to challenge the state over a new law prohibiting abortion after 15 weeks. Under current law, Florida allows abortions up to 24 weeks.

Congregation L’Dor Va-Dor of Boynton Beach claims the new law, which has been signed by Republican Gov. Ron DeSantis and is set to take effect on July 1, violates the religious freedom rights of Jews.

The lawsuit, which was filed Friday in Leon County Circuit Court, claims that the act “prohibits Jewish women from practicing their faith free of government intrusion and this violates their privacy rights and religious freedom.”

The lawsuit also argues that religious minorities in Florida will be harmed and that the law will threaten Jews “by imposing the laws of other religions upon Jews.”

Congregation L’Dor Va-Dor, which doesn’t belong to any denomination, defines itself as “an all-inclusive, universal, and rational approach to Judaism” and “honors tradition, respects science, and celebrates spirituality.”

In an interview Tuesday, the congregation’s rabbi, Barry Silver, said when separation of religion and government crumbles, religious minorities such as Jews often suffer. “Every time that wall starts to crack, bad things start to happen,” he said.

Meanwhile, Florida Agriculture Commissioner Nikki Fried, who is Jewish and running to replace DeSantis, called the law “a despicable and disgusting assault on women.”

“It’s an insult to our dignity and our ability to make these deeply personal decisions about our own lives, and it will have a devastating impact on the physical and emotional health of women across Florida,” she said in a statement.

In remarks on signing the bill, DeSantis said, “Life is a sacred gift worthy of our protection, and I am proud to sign this great piece of legislation which represents the most significant protections for life in the state’s modern history.”

The lawsuit comes a month after a leaked Supreme Court draft opinion signaled a possible decision to overturn the precedent set in Roe v. Wade, the 1973 case that established the right to abortion.

According to public polling, American Jews favor abortion rights more than any other religious group. Traditional Jewish law not only permits, but sometimes requires, abortion when the life or health of the pregnant person is at stake. Orthodox groups have promoted  the regulation of abortion in order to limit its widespread use, but also seek to protect the right to abortion in exceptional cases.