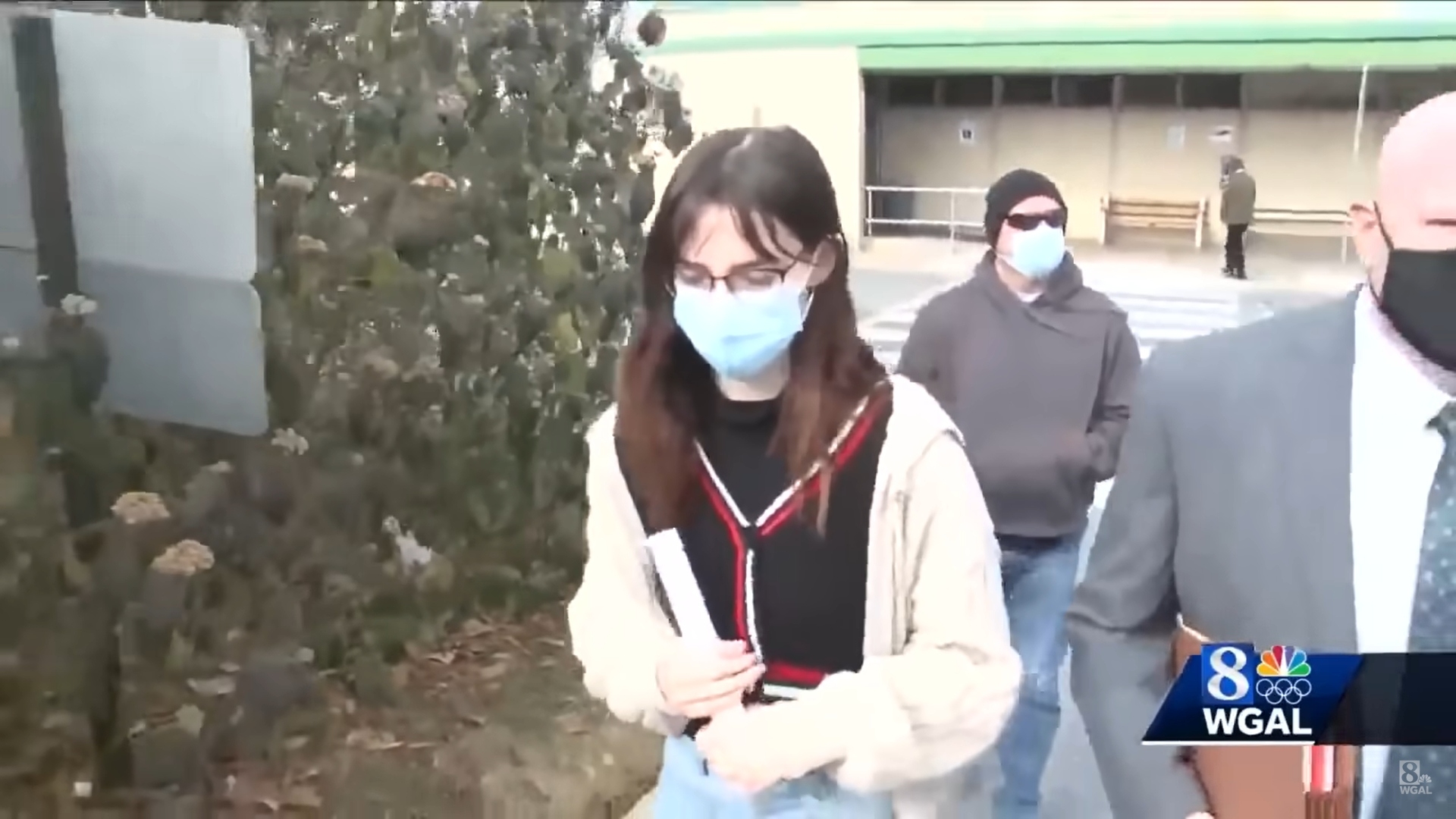 Riley Williams, one of the accused Jan. 6 insurrectionists, appears outside the federal courthouse in Harrisburg, Pennsylvania, Jan. 26, 2021. (WGAL/YouTube)
Advertisement

(JTA) — The defendant in a Jan. 6. 2021 insurrection case denied a claim by federal prosecutors that a boyfriend was jailed for plotting to shoot up a synagogue.

Riley Williams’ filing Thursday came in response to one last week by federal prosecutors objecting to her request to loosen restrictions pending her trial. She is wearing an ankle monitor and is under house arrest at her mother’s home in Harrisburg, Pennsylvania.

Prosecutors in that filing noted that Williams had lied last August about meeting a boyfriend; Williams was required to report all her meetings, and she had told people, including her probation officer, that she was meeting a cousin.

The June 10 filing by the U.S. Attorney said the boyfriend, an unnamed Marine, served 19 months in jail after he “stole his roommates’ truck and attempted to purchase a firearm with the intent of committing a mass shooting at a synagogue.” It did not say where or when this happened. He got a bad-conduct discharge, the U.S. Attorney said.

Williams’ defense lawyers acknowledged that she had lied about the meeting, which they said was “regrettable,” but said the claim that he once plotted a mass shooting at a synagogue was untrue.

“This statement is entirely misleading, and designed to be so,” their filing said. The Marine “was convicted in military court of unauthorized absence, false official statement, violation of a lawful general order, and larceny,” it said. “As a result, he was sentenced to 18months and given a bad-conduct discharge. There is nothing in the public record of [his] military case to indicate that he attempted to purchase a firearm with the intent of committing a mass shooting at a synagogue. For the government to make such an inflammatory and unsupported allegation in the briefing on this motion is entirely inappropriate.”

Williams is among the more prominent defendants because she allegedly stole U.S. House of Representatives Speaker Nancy Pelosi’s laptop.

Bellingcat, an investigative journalism website, was the first to identify Williams shortly after the insurrection. To do so, the group used a video that showed a woman with a hat emblazoned with occult Nazi symbology dancing until a narrator says “Heil Hitler,” at which point she gives the Nazi salute.

A congressional committee investigating the insurrection is holding public hearings. Its first meeting focused particularly on the role of far-right groups in its organization.