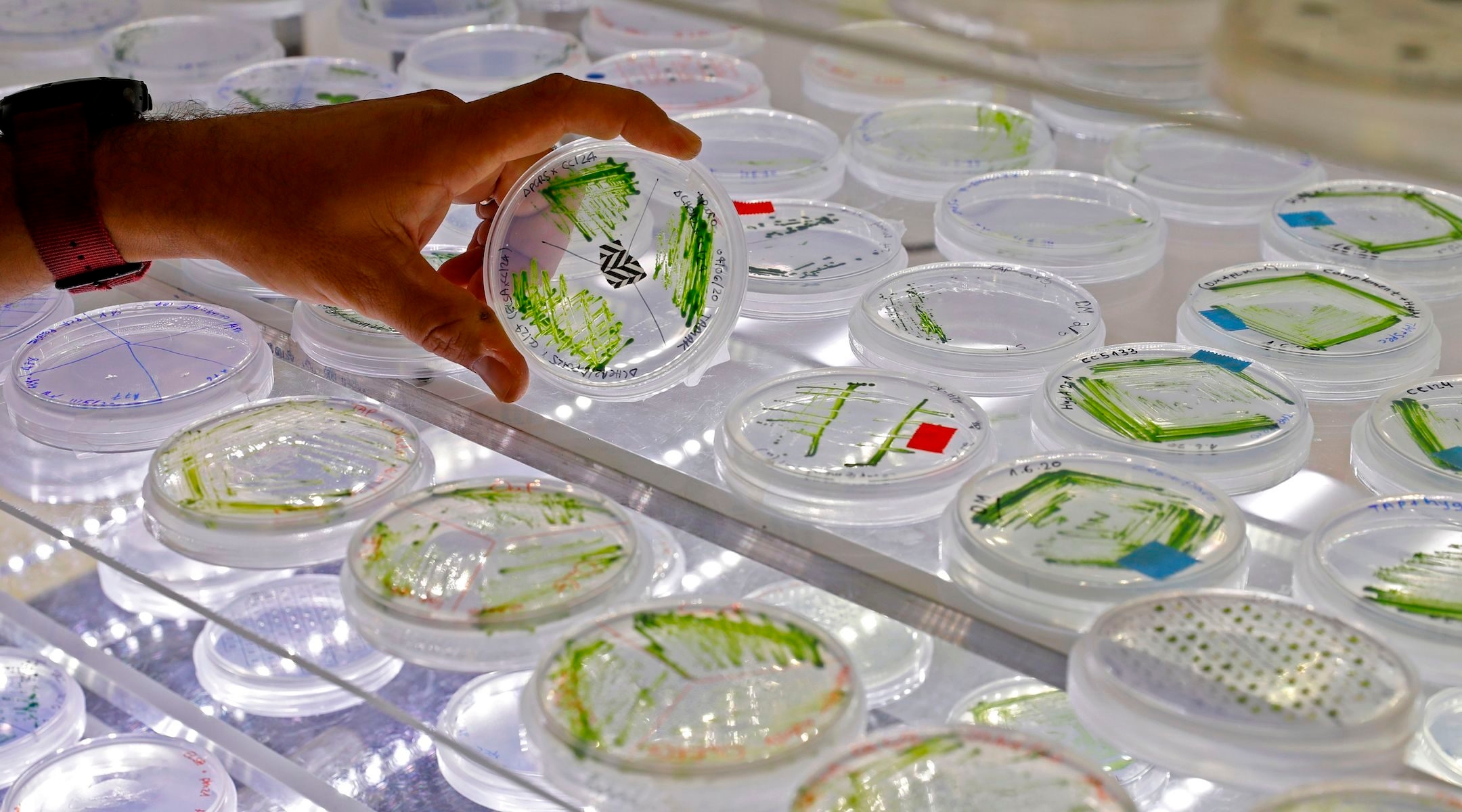 The Israel Academy of Sciences and Humanities supports a wide variety of researchers across many fields in Israel. (JACK GUEZ/AFP via Getty Images)
Advertisement

(JTA) — The Israel Academy of Sciences and Humanities is suing its American fundraising affiliate for refusing to hand over donations.

Two Jewish Nobel laureates, Mike Brown and Roger Kornberg, who were serving on the board of the U.S. fundraising arm, the American Foundation for Basic Research in Israel, have resigned in protest over its actions, according to the lawsuit.

Lawyers for the academy, one of Israel’s most distinguished research bodies, alleged that AFBRI, created by the academy in 1990, has refused to approve the distribution from the $17 million currently in its coffers.

The academy is a collective of scientists and scholars established by Israeli law in 1961 to encourage scholarship and maintain connections with the international scientific community. It grants awards and fellowships, in addition to generating reports for the government assessing the state of science in Israel.

The law firm representing the academy, Nutter McClennen & Fish LLP, maintains that, since AFBRI was created for the purpose of financing research in Israel, “any attempt to divert AFBRI’s funds away from [the academy] is a breach of the agreements with the donors.”

AFBRI did not respond to a request for comment in time for publication.

According to the claim, the Israel Academy of Sciences and Humanities was also denied access to AFBRI’s financial records.

AFBRI was established as a means to fund basic research in Israel by a committee that included Meir Zadok, an Israeli who specializes in the economics of education and science policy.

The lawsuit, which was filed in the U.S. District Court for the Southern District of New York on June 8, traces the existing dispute between both entities to Zadok’s failure to resign from the board of directors of AFBRI after his position as director general of the academy expired in 2016.

The academy is seeking the funds being held and is asking to establish control over the assets of the U.S. charity through a special trust. It is also seeking the removal of Zadok from AFBRI’s board of directors.

In a complication likely to come up in court, U.S. law requires that the fundraising arms of foreign charities — so-called “Friends of” organizations — maintain independence from the charities they support, an expert on nonprofit law told the Jewish Telegraphic Agency.

In this case, the original arrangement appears legal, according to Cliff Perlman, a lawyer with Perlman and Perlman. Even though AFBRI always handed donations over to the academy, it was not required to do so.

“It looks like they were set up correctly to not be a conduit organization,” he said. “One of the ways to avoid being the conduit is to be able to say no” to the foreign organization.

But by suing to assert control, the academy will be testing the rules on conduit organizations in what could become an important legal showcase, Perlman said.

Christopher J. Sullivan, a lawyer representing the academy, said it was too early to discuss the matter.

“I wouldn’t want to comment at this early stage of the case except to say that the lawsuit will deal with any aspect of the tax issues present in this case,” Sullivan said.