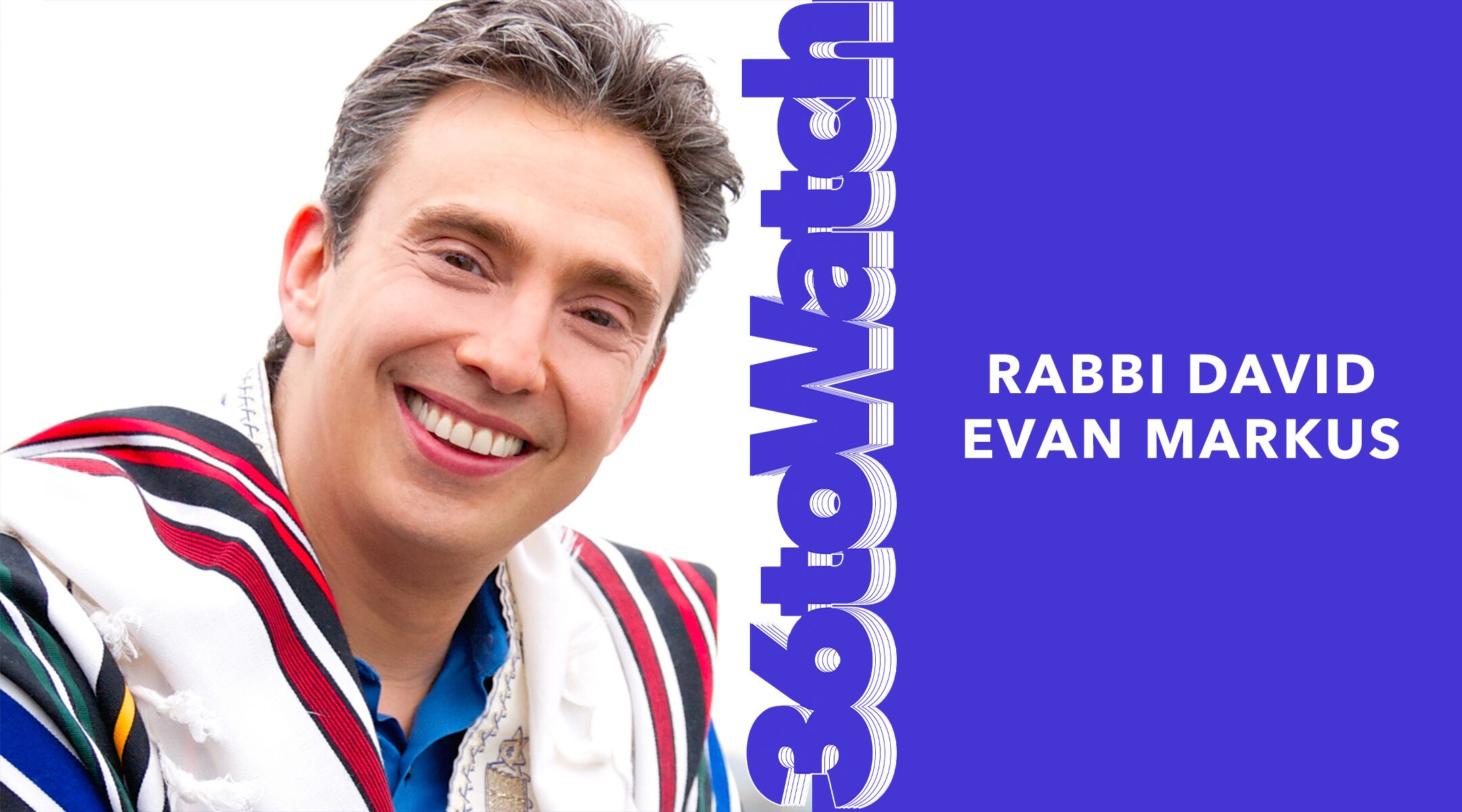 David Evan Markus, the country’s only pulpit rabbi who simultaneously serves full-time in government, was selected as one of the New York Jewish Week’s 36 to Watch (formerly 36 Under 36). This distinction honors leaders, entrepreneurs and changemakers who are making a difference in New York’s Jewish community. Rabbi Markus serves as judicial referee in New York Supreme Court and leads Temple Beth El of City Island. He lives in Westchester.

New York Jewish Week: Tell us about yourself and the work you do.

Markus: I am the rabbi and spiritual leader of the trans-denominational Temple Beth El of City Island (a.k.a. “Your Shul by the Sea”) in coastal New York City. Currently, I am the board chair of Bayit (a trans-denominational Jewish innovation platform) and senior faculty at the Academy for Jewish Religion (Judaism’s only seminary accredited by the Association of Theological Schools). In secular life, I preside as judicial referee in New York Supreme Court as part of a parallel public-service career spanning all branches and levels of government. A leader in the wellness movement for bar and bench, I am co-founder and education director for the national Lawyers Depression Project. I serve on the New York State Bar Association’s Committee on Lawyer Assistance, access to justice panels, and regional continuing legal education initiatives.

Maybe fittingly for the first U.S. pulpit rabbi simultaneously serving full-time in government, I joke that the “separation of shul and state” runs between my spleen and the “In God We Trust” emblazoned on the courtroom wall. While I strictly separate my roles (for many reasons), I draw inspiration from their common values of community, compassion and commitment to principle. Fidelity to heart and soul in Jewish life, and fidelity to the rule of law in our secular temples of democracy, both require that we resonate deeply with powers and causes greater than ourselves. At our best, we do so collectively — because we must, and because we thereby infuse life (both Jewish life and our ailing shared civic spaces) with meaning, resilience and capacity to heal.

What feels special to me are things far beyond myself — seeing a soul shine, an old wound heal, adults becoming b-mitzvah and leyning (chanting) Torah with joy, a shul band’s beachside Kabbalat Shabbat drawing crowds to a corner of NYC not especially known for Jewish community, seminary students thriving and new spiritual resources inspiring tired clergy around the world. What feels special is seeing cases resolve justly, elections run fairly, rights vindicated and justice done. If I work hard, I don’t consider it work because I love what I do. I’m truly blessed.

Who are your New York Jewish heroes?

My father was a wandering Aramean — almost literally. He was born in a Turkmen outpost to a Holocaust family, which made its way to the Port of Haifa. Dad grew up on the streets of a newly independent Israel, then immigrated to the U.S. in the 1960s in time to be drafted to combat duty in Vietnam. Mom was born to a New York family with recent immigration experience, making its way into the middle class. Mom’s Judaism took spiritual and social justice forms. Both experienced substantial antisemitism, as did I. I neatly fit the Jewish stereotype of a first-generation “American Dream” family, first to complete college, first to achieve “prestige” social markers of upward mobility and first to choose “all of the above” to some of the prevalent ways that Judaism shapes me (lawyer, rabbi, tikkun olam, etc.). In the end, I’m still the son of an Israeli immigrant combat-veteran dad and my spiritual social justice mom: I naturally trend away from formality and title, pretense makes me itch and I prefer flip flops to a suit and tie.

What is your favorite book about New York?

“The Power Broker,” by Robert Caro.

Having attended Jewish day school, I was a “natural” to be selected as religious director of my Jewish association at Williams College. Before long I became, in essence, the campus rabbi albeit without title or training — but with lots of politics. Quickly I discovered community disputes and rifts that seemed so political that I let my term expire and self-assuredly decided that religion wasn’t for me: if it was that political, I might as well go into politics. So I did — law and policy degrees, both Houses of the New York Legislature, local government, New York’s top court, national opportunities and more. But all along, I was the one who led Passover seder. I was the one whom friends called to solemnize their marriages. I was the one who cried with joy at Hanukkah. I guess was the last to get the “rabbi” memo. Only because of my Jewish experience in college did I shift gears to politics and public service.

Hudson River waterfront, then down to Ellis Island.