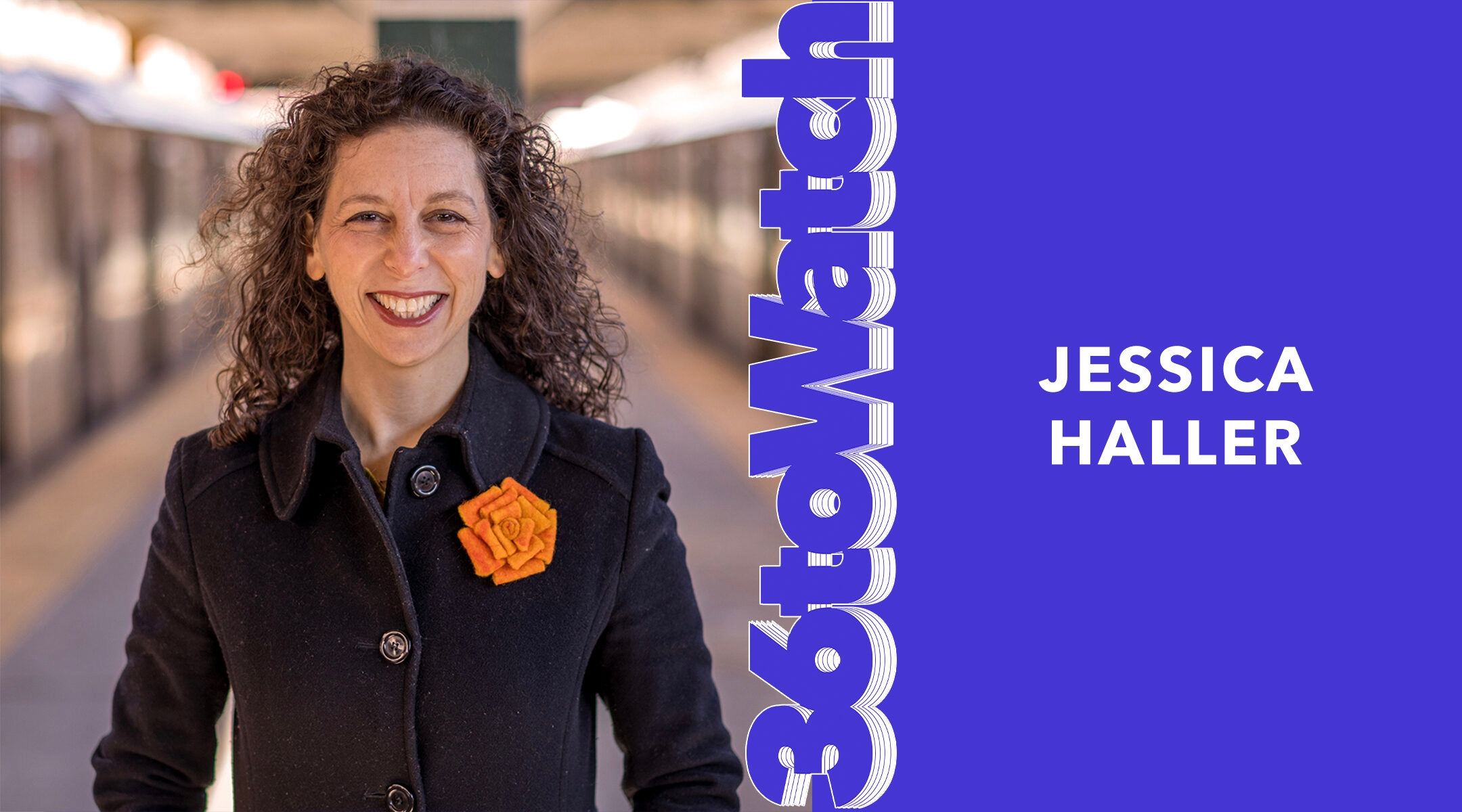 Jessica Haller, executive director of 21 in ’21, an organization that supports women running for the New York City Council, was selected as one of the New York Jewish Week’s 36 to Watch (formerly 36 Under 36). This distinction honors leaders, entrepreneurs and changemakers who are making a difference in New York’s Jewish community. Haller’s organization is part of national movement of groups seeking to boost women’s representation in politics, boards, sports and entertainment; during the past city election campaign, for example, the first to use ranked-choice voting, 21 in ’21 worked with women candidates to make sure they knew how to use the system to their advantage. Haller, who also serves on the board of Hazon and JCRC-NY, lives in the Bronx.

New York Jewish Week: In a few sentences, tell us about the work you do and any outstanding accomplishments.

Haller: I run 21 in ’21, an organization that is building political power for women in NYC. In 2021, 21 in ’21 surpassed its goal of gender parity in the NYC Council with the historic election of 31 women and Adrienne Adams as Speaker.

Every day I get to meet and support women who are putting themselves out there for our city, first as candidates, and now elected officials. Our secret is in mentorship, leadership development and networking, and the results are the best, most qualified women elected to represent the diverse communities of NYC. 2021 was the year that we achieved the first-ever majority women Council — and we will know we have achieved success when New York City maintains gender parity in elected offices for 20 years and beyond.

“Lo alecha hamlacha ligmor, v’lo atah ben chorin l’hivatel mimena,” “It is not for you to complete the work, yet nor are you free to desist from it.” — Rabbi Tarfon, Ethics of the Fathers 2:21.

I work on big issues like the climate crisis, like achieving and sustaining equal representation for women in government and within Jewish Orthodoxy. On the one hand, I know that I will never wake up one day and know that we’ve solved any one of those issues, that it’s over and that I can move on. On the other hand, when the work gets really difficult, I remind myself of this quote — it is not up to me, alone, to permanently solve these giant intractable issues, but also, I will not stop trying.