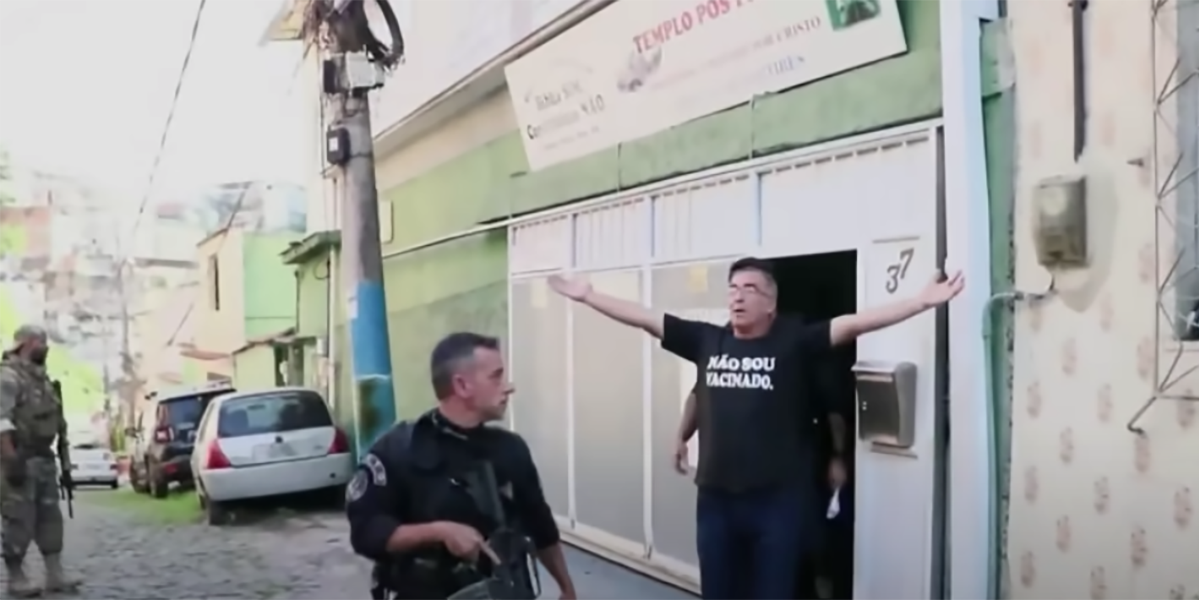 RIO DE JANEIRO (JTA) — A pastor who was filmed two years ago praying for another Holocaust was sentenced to 18 years and six months in prison, a historic penalty that made headlines across Brazil.

“A historic sentence in the fight against anti-Semitism. It is the largest penalty applied in Brazil for this type of crime, which will help to inhibit this odious practice,” said Ricardo Sidi, legal director at the Brazilian Israelite Confederation, the country’s umbrella Jewish organization, who acted as assistant to the prosecution.

“Massacre the Jews, God, hit them with your sword, for they have left God, they have left the nations,” da Hora Lores prays in a sermon captured. His congregants are heard repeating his words passionately.

“They contrived, went with prostitutes, and when they were told to repent they said they’d do it but they lied,” the pastor added, possibly in reference to the forced conversions to Christianity during the Spanish Inquisition. “God, what you have done in World War II, you must do again, this is what we ask for in our prayers to you: Justice, justice, justice!”

Last year, federal police raided his church and confiscated literature from it as part of an operation titled “Shalom.”

Judge Valeria Caldi Magalhães said that, “The defendant used his condition as pastor of a religious community” to commit a crime, “which increases the potential to induce followers to act similarly.”

She added: “With regard to social conduct, the records showed that the defendant maintains an ostensible behavior that confronts public institutions.”

“This sentence demonstrates the hardening of justice with cases of hate speech, which has grown exponentially, especially in the face of the Jewish community. The case is very serious and the reprimand received by the defendant is proportional to his dangerousness,” said Andrea Vainer, another member of the Jewish confederation’s legal team.