Brazilian pastor and congregants pray for another Holocaust 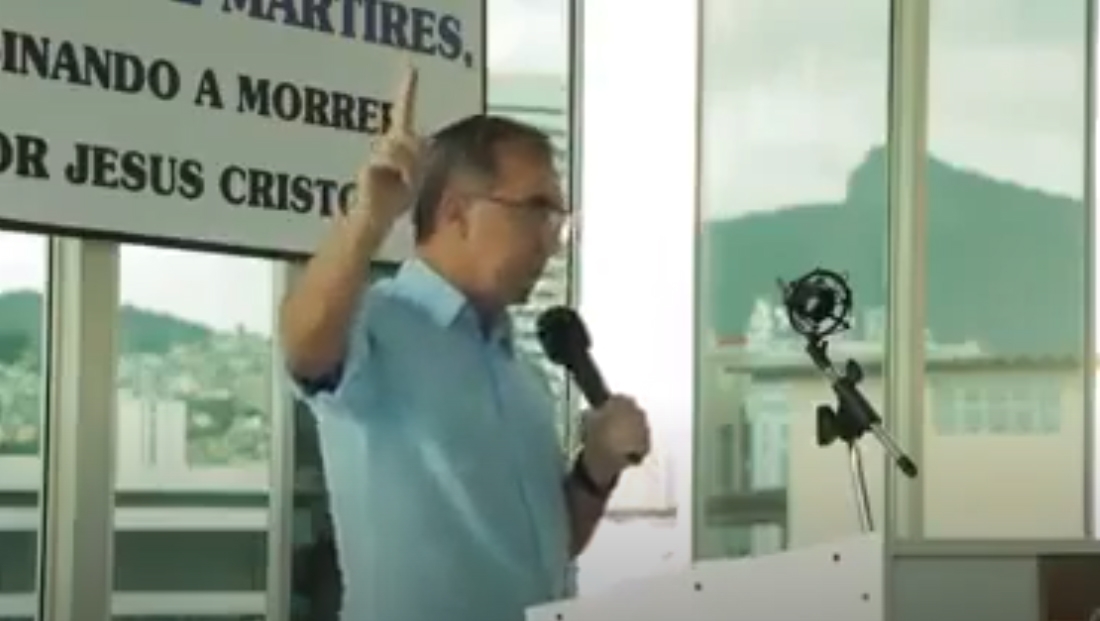 (JTA) — A Brazilian pastor prayed to God to “destroy the Jews like vermin” and bring about a second Holocaust during a sermon in Rio de Janeiro.

“Massacre the Jews, God, hit them with your sword, for they have left God, they have left the nations,” Pastor Tupirani da Hora Lores shouted at dozens of congregants earlier this month at his Geracao Jesus Cristo church, a recording of the event shows. His congregants are heard repeating his words passionately.

“They contrived, went with prostitutes, and when they were told to repent they said they’d do it but they lied,” the pastor said, possibly in reference to the forced conversions to Christianity during the Inquisition.

“God, what you have done in World War II, you must do again, this is what we ask for in our prayers to you: Justice, justice, justice!” da Hora Lores shouted at his church, a small and radical evangelical congregation.

Sinagoga Sem Fronteiras, a network of Jewish communities in Brazil, filed a complaint for incitement against da Hora Lores with federal police, which said they were looking into the case.

“With each complaint and lawsuit, in each state, we aim to publicize the offenses and actions taken against offenders so that people will start thinking twice before taking such actions,” Rabbi Gilberto Ventura, the Sao Pauolo-based founder of Sinagoga Sem Fronteiras, told the Jewish Telegraphic Agency.