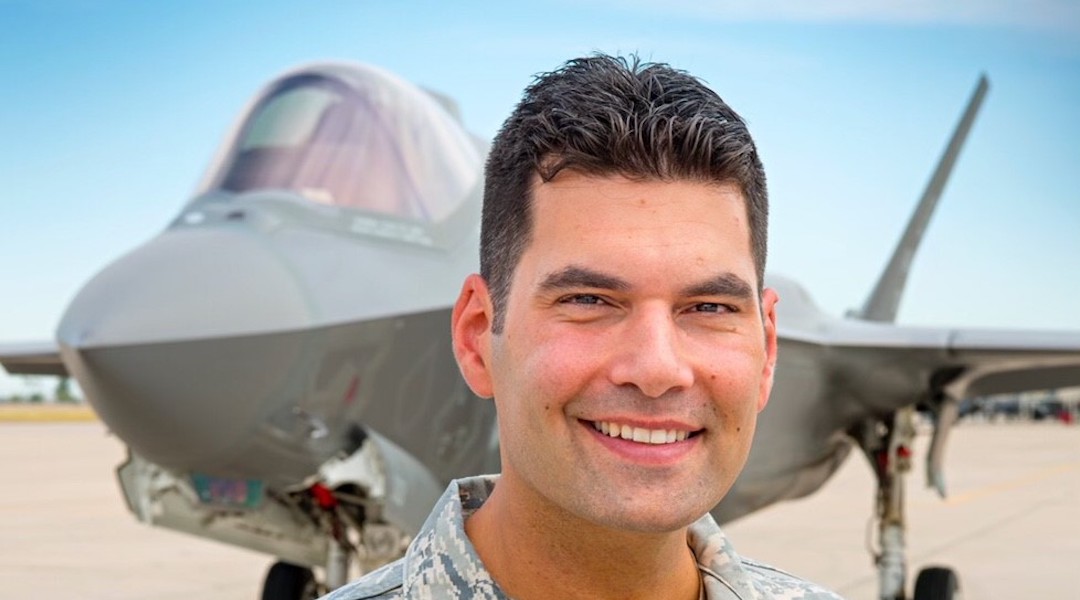 (Jewish News of Greater Phoenix via JTA) – Two weeks before Paul Gosar appeared via video at a conference by white nationalists, he held a different kind of fundraiser: with a Jewish candidate.

Rodney Glassman, who is running in the Aug. 2 Republican primary for Arizona’s attorney general, is a member of Congregation Beth Israel in Scottsdale and a regional board member of the Jewish National Fund. He also touts his endorsement from Gosar, a Republican member of Congress who has associations with white nationalist groups.

Gosar appeared at a fundraiser with Glassman on Feb. 19, shortly before he appeared in a pre-recorded video message at the America First Political Action Conference, a right-wing organization founded by Nick Fuentes. The Anti-Defamation League and Southern Poverty Law Center both designate Fuentes as an extremist and Holocaust denier. He has routinely spread antisemitic conspiracy theories, including recently claiming that “Jews stood in the way” of Roe v. Wade being overturned by the Supreme Court, and that “Jewish people can be here, but they can’t make our laws.”

Gosar has held other fundraisers with Fuentes, appeared in person at his 2021 conference and has repeatedly declined to condemn Fuentes’ movement’s ideology when asked, despite condemnations from top Republicans including Senate Minority Leader Mitch McConnell.

Glassman’s association with Gosar troubles many members of Arizona’s Jewish community. But Glassman himself shrugs off the criticism.

“He’s supporting my candidacy. He’s never asked me to go and comment on his Twitter feed,” Glassman said, calling Gosar “one of the staunchest fighters for the Jewish state of Israel in our country.”

Glassman himself has an unusual background as a candidate. Formerly a Democrat, he served on Tucson’s city council from 2007 to 2010 and was the 2010 Democratic nominee for U.S. Senate against John McCain (a campaign during which his staffers said he made homophobic comments and acted erratically). He switched parties in 2015, saying he did so “the day President Trump announced his candidacy,” although Glassman had reportedly been a registered Republican prior to his political career.

The Air Force veteran explained his switch by saying, “I became more conservative and the Democrats moved way left.” Glassman then ran unsuccessfully for a spot on Arizona’s corporation commission and Maricopa County assessor before his current AG run.

Glassman claimed that his involvement with Gosar only became an issue after thousands of emails were sent out by Kris Mayes, a Democratic candidate running for attorney general.

“It was because the presumptive Democratic nominee was sending out emails about how the Jewish candidate is endorsed by Congressman Gosar, who’s endorsed me in every race I’ve ever run,” said Glassman.

Glassman has been quick to embrace current Republican ideology. He said he is running for attorney general to “protect you from the government” at the federal level, and he emphasized enforcing immigration laws and fighting illegal immigration “because illegal immigration impacts our schools, health care and public safety.”

He added that children need protecting “from school districts pushing critical race theory and human sexuality instead of focusing on reading, writing and math.”

He also has embraced the lie that the 2020 election was stolen, telling the Arizona Republic that former President Donald Trump “was cheated out of Arizona’s electoral votes.” Arizona was one of the states targeted by Trump and his supporters in the aftermath of the election when the state’s electoral votes went to President Joe Biden, and the state was the subject of a Republican-led “voter audit” amid widespread unproven claims of election fraud.

As attorney general, Glassman would have a certain degree of authority in enforcing voter ID laws in the next election. A new Arizona state law requiring proof of citizenship to vote in federal elections was challenged in court this week by the Justice Department.

One endorsement Glassman doesn’t have, though, is Trump’s. Instead, Trump has endorsed Abraham Hamadeh, a U.S. Army Reserve intelligence officer.

A version of this story was originally published in the Jewish News of Greater Phoenix and is reprinted with permission.