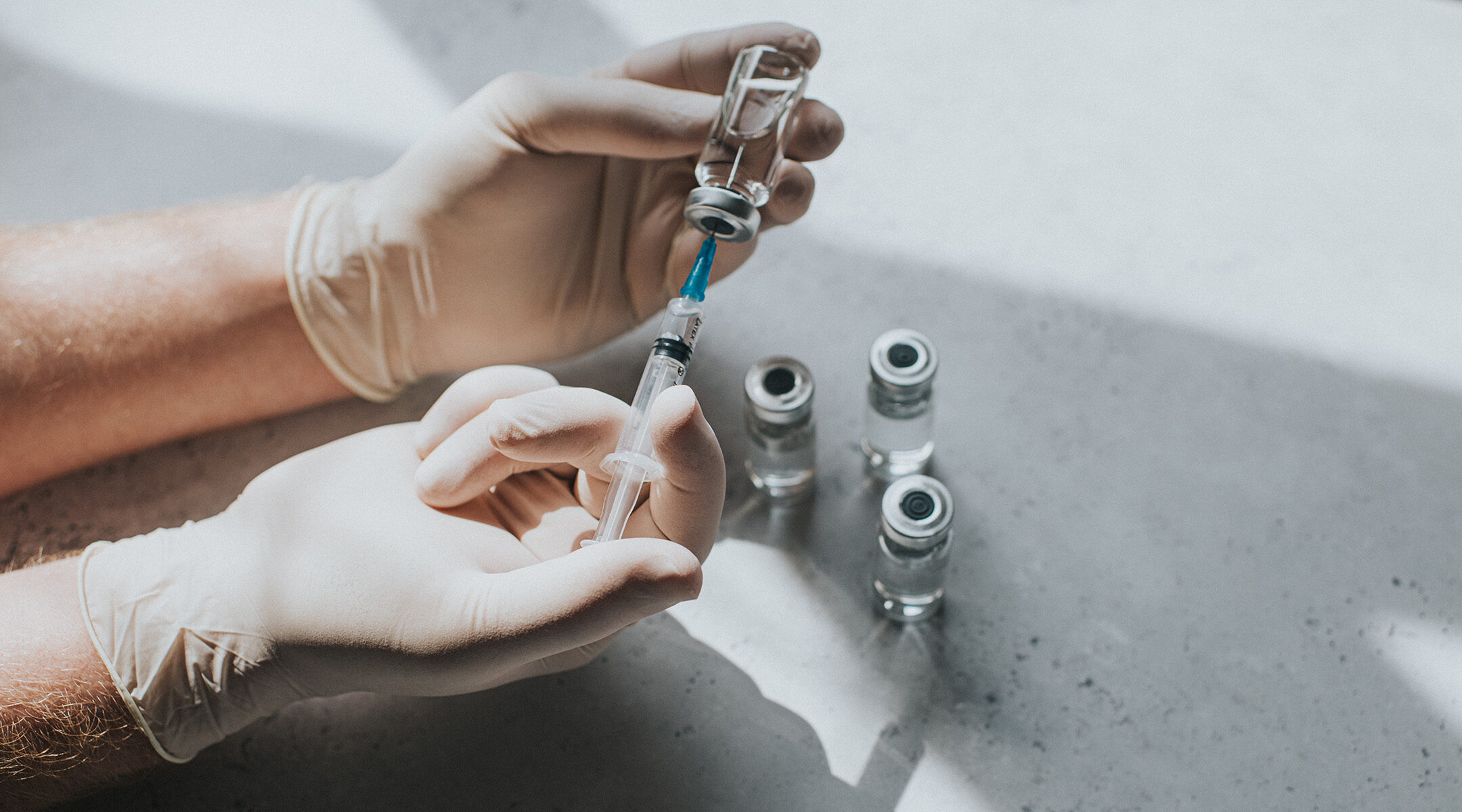 The first person in the United States to be diagnosed with Polio is an Orthodox Jewish man in Rockland County, New York. (Getty/Catherine Falls Commercial)
Advertisement

(New York Jewish Week) — The first case of polio in the United States in a decade has been diagnosed in an Orthodox Jewish man in Rockland County, just north of New York City.

Local health officials announced the case Thursday and said they would begin a drive to increase vaccination against the potentially deadly virus. They said the victim was experiencing paralysis, a hallmark of the disease, and that he had not been vaccinated against it.

Multiple sources told the New York Jewish Week that the man is part of Rockland County’s substantial Jewish community. A local elected official said the same thing in a now-deleted statement condemning those who do not vaccinate, which drew fierce criticism on Twitter from many in the local Jewish community.

“He was released from the hospital,” one source told the Jewish Week on condition of anonymity. “He’s a young adult, in a wheelchair. He got married recently.”

Polio is a highly contagious disease that can cause paralysis and even death. Before an effective vaccine was developed in the early 1950s, tens of thousands of Americans were infected annually; some wound up with permanent disabilities and a handful were consigned to iron lungs, machines that would help them breathe mechanically after their own bodies were too weakened to do so on their own. A 1952 outbreak killed more than 3,000 people, mostly children.

The new polio case comes amid fierce backlash against vaccination in some Orthodox communities fueled by the COVID-19 pandemic and following a measles outbreak in Rockland County in 2018 and 2019 that was centered in the area’s haredi Orthodox population. The county barred unvaccinated children from entering public places during the outbreak.

According to state data, 60% of Rockland County children have received all three doses of the polio vaccine by age 2, the recommended timeline for vaccination. Nationally, more than 92% of children are fully vaccinated by that age. Last year, Rockland County’s rate of completion of the childhood vaccination schedule, which protects against a range of diseases, was 42%, the lowest in the state.

While the county has many residents who are not Orthodox Jews, its multiple Orthodox enclaves are the fastest-growing areas, in part because of their large number of young children.

On Thursday, Rockland County Executive Ed Day said the county is not “immune to vaccine hesitancy.”

“It’s exactly what led to the measles crisis we dealt with, and why we are constantly doing what we can to be proactive about getting people vaccinated,” Day said.

State Sen. James Skoufis, a Democrat whose district includes part of Rockland County, released a statement on Twitter in a now-deleted tweet asking to “bring the full force of the law down on those who have skirted these requirements.”

1/3 Today’s news that polio, a previously eradicated virus in our country, has resurfaced in Rockland County was and is jarring. Keeping our community safe is always paramount, particularly involving matters of public health. https://t.co/ePnCcySqDc

He singled out Ramapo Yeshivas as having “a history of non-compliance with the state’s vaccine laws.” Ramapo is one of the Five Towns of Rockland County, in which the source said there are over 120 Yeshivas.

“Additional enforcement is required in light of today’s news,” Skoufis said in his statement.

Skoufis’ statement drew criticism from within the Jewish community. Yossi Gestetner, a Rockland County resident whose Orthodox Jewish Public Affairs Council worked to combat negative publicity stemming from the measles outbreak in 2019, tweeted that Skoufis’ statement was “hateful and inflammatory.”

“I missed your tweet calling out LGBTQ+ by name and as a community for Monkeypox,” Gestetner wrote, referring to the outbreak of a different virus that is underway. “So why treat visibly Jewish people this way? Every elected Dem should condemn you.”

“People have real concerns about vaccines,” he said. “Even if they’re wrong, the government should go out there and show them the benefit of these vaccines rather than just yelling at people.”

Gestetner said he worried that directing attention to the Orthodox community could fuel antisemitism in the area, adding that comments like the one Skoufis made do not help.

After the 2019 measles outbreak, public health campaigns resulted in more children being vaccinated against the virus, including within the Rockland County and Brooklyn Jewish communities that were hardest hit. But since then, the advent of COVID-19 vaccines have heightened tensions around vaccination in those communities and beyond, with inaccurate information circulating widely. Zev Zelenko, an Orthodox doctor who became a hero in some circles for promoting untested treatments and opposing vaccination, was based just outside of Rockland County.

Meanwhile, the COVID-19 pandemic has also caused childhood vaccinations to slow across the United States, as families have delayed or deprioritized routine health care.

“Childhood vaccine hesitancy is huge, and I think a lot of it may have worsened with the whole pandemic of misinformation,” Blimi Marcus, an Orthodox nurse who led a COVID-19 vaccine campaign in her community, told the New York Jewish Week in December.

The Rockland County polio vaccination site will be open Friday morning and Monday for a longer period at the Pomona Health Complex at 50 Sanitarium Road. Officials are urging anyone who is unvaccinated, including people who are pregnant, or who are concerned they might have been exposed to be vaccinated or boosted during the clinics.