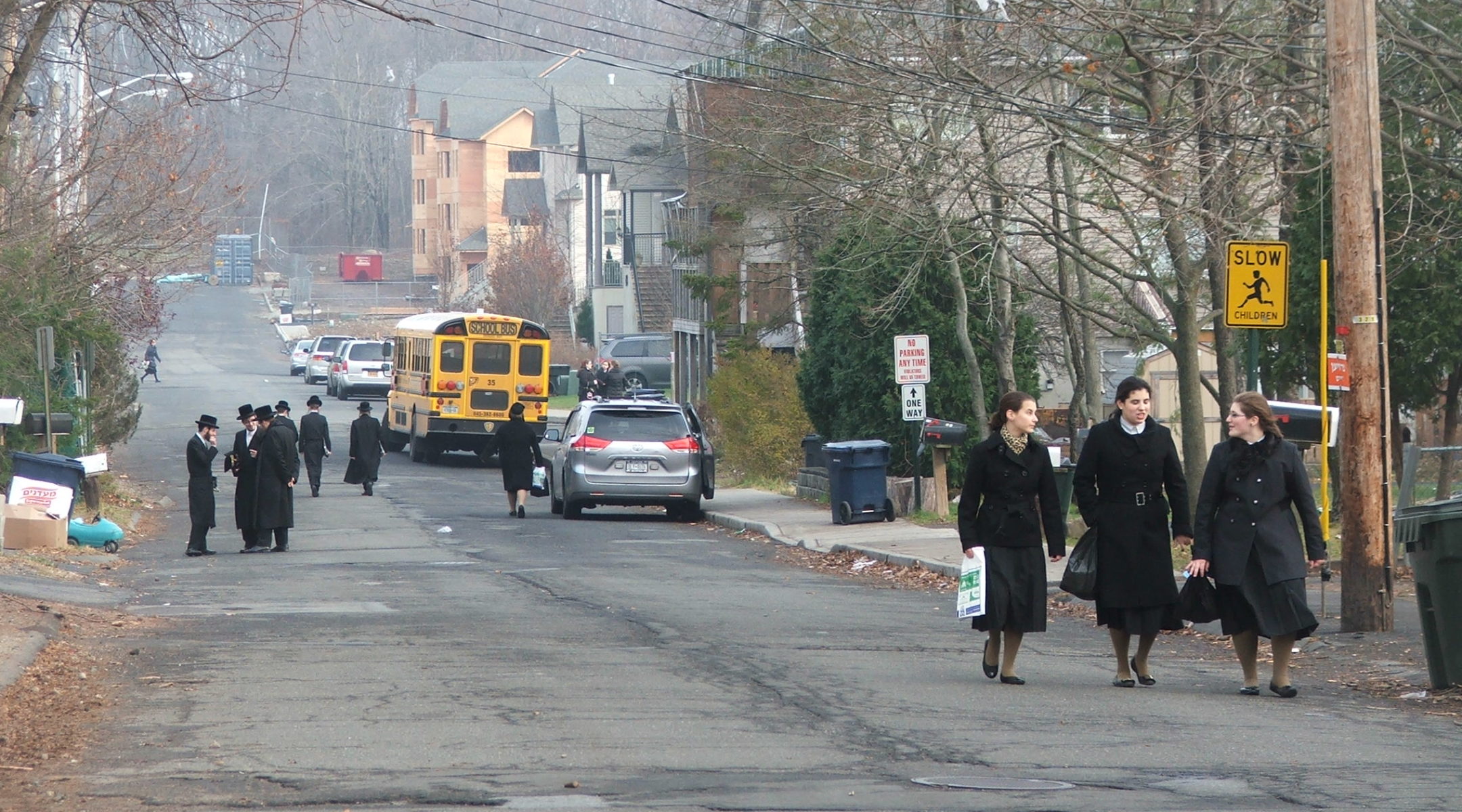 Measles cases have been clustered in parts of Rockland County, N.Y., that include New Square, an all-Hasidic village. (Uriel Heilman)
Advertisement

(JTA) — A New York suburb with a large haredi Orthodox population has declared a state of emergency over a serious measles outbreak.

Rockland County will prohibit unvaccinated minors under the age of 18 from going to public places, including school, shopping centers, business and synagogues.

The prohibition, which takes effect on Tuesday night and lasts for 30 days, will be enforced retroactively, with parents being penalized if they are found to have allowed their unvaccinated children into such places, according to The New York Times.

Rockland County, which has a population of more than 300,000 people, has had 153 confirmed cases of measles since October, with 48 of the cases since the beginning of 2019, county spokesman John Lyon told the newspaper.

The outbreak was centered in an Orthodox Jewish community where many residents had not been vaccinated, CBS News New York reported. Most of the cases now are clustered in eastern Ramapo, home to a high percentage of haredi Orthodox Jews.

County Executive Ed Day said in a news conference on Tuesday that many Orthodox rabbis have been working with health officials to encourage vaccination in their community.

The Health Department is offering free vaccines to boost the county’s immunization rate.

In addition to New York, there have been measles outbreaks in Washington State, Texas, Illinois and California, according to the Centers for Disease Control. The Detroit area has declared an outbreak associated with a suspected carrier from Israel.

Rockland’s measles outbreak and cases in New York City, and Bergen County and Lakewood, New Jersey, have also been linked to travelers from Israel, according to the Rockland/Westchester Journal News.