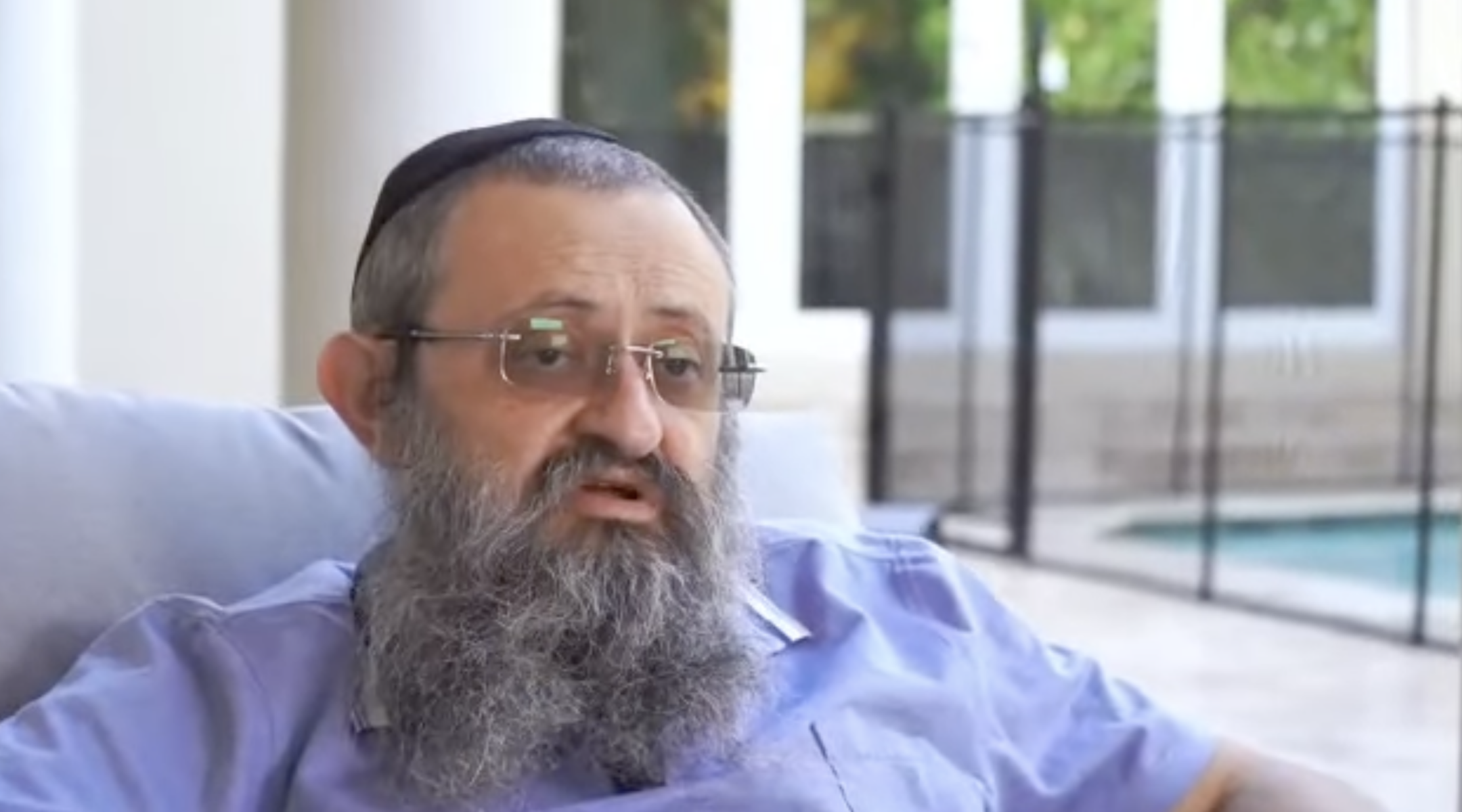 (JTA) — Vladimir Zelenko, the doctor from an Orthodox enclave near New York City who rose to fame early in the COVID-19 pandemic for promoting an untested drug cocktail, has died of cancer at 48.

The foundation that Zelenko launched to advance his theories after he left his family medical practice amid controversy in May 2020 announced his death on Thursday, saying that it would accept donations to continue his work, which included opposition to COVID-19 vaccines.

Zelenko, who went by Zev, was born in Kyiv, Ukraine, in 1973 and moved to the United States with his family four years later, according to an obituary released by his medical company. He graduated from Hofstra University and then earned a medical degree at the University at Buffalo before opening a practice in Monroe, New York, home to a large Hasidic community in Kiryas Joel.

Zelenko’s death comes two years after his rapid rise to prominence at the start of the coronavirus pandemic, when his community was hit hard early on and he began promoting a drug cocktail that he said cured the deadly disease.

The cocktail of hydrochloroquine, zinc and azithromycin caught the attention of many who hoped for a speedy resolution to the pandemic, including then-President Donald Trump, who said he would take it. The so-called “Zelenko protocol,” previously used to treat malaria, made Zelenko him famous far beyond his community, despite questions about the drugs’ safety that quickly hardened into concern when studies showed that not only did the cocktail not help COVID patients but may harm them.

Even as Zelenko’s ideas took hold within Orthodox communities, leaders of the Kiryas Joel community spoke out publicly against him, urging locals to follow proven medical advice to stop the spread of the disease. Zelenko also came under scrutiny from federal authorities for claiming that a study of the drugs he promoted had won approval from the Food and Drug Administration.

Zelenko announced in May 2020 that he would be leaving the community where he rose to fame, saying, “Things have happened. I’ve decided that it’s time for me to move on. I’m not sure yet what I’m going to do.”

Zelenko subsequently devoted himself to a company, Zelenko Labs, that sells vitamins and other supplements online and to the Z Freedom Foundation, which he launched to advance criticism of the medical establishment. Zelenko said in a video created by the foundation that his cancer diagnosis, made in 2018, spurred him to act; both entities said they would continue after his death.

Barred intermittently from major social media platforms for promoting misinformation, Zelenko remained an icon for the anti-vaccination movement and many of its supporters on the far-right. He joining some of them in anti-vaxx messaging and self-publishing pseudo-scientific studies claiming that millions of people had died from COVID vaccines. Many of them posted tributes to him as news of his death spread Thursday.

Zelenko also demonstrated support for the president who helped catapult him into the public eye, attending the Trump rally preceding the Jan. 6 Capitol insurrection, according to video taken there.

The Association of American Physicians and Surgeons, a conservative group that promotes medical misinformation, said Zelenko would be remembered as a “hero for all patients and physicians” because of the way he stood up to “authorities who improperly interfered with use of his brilliant treatment protocol.”

Zelenko is survived by a wife and two children, as well as six children from a first marriage and his parents.