Holocaust memorials in Buchenwald and Berlin vandalized in same week 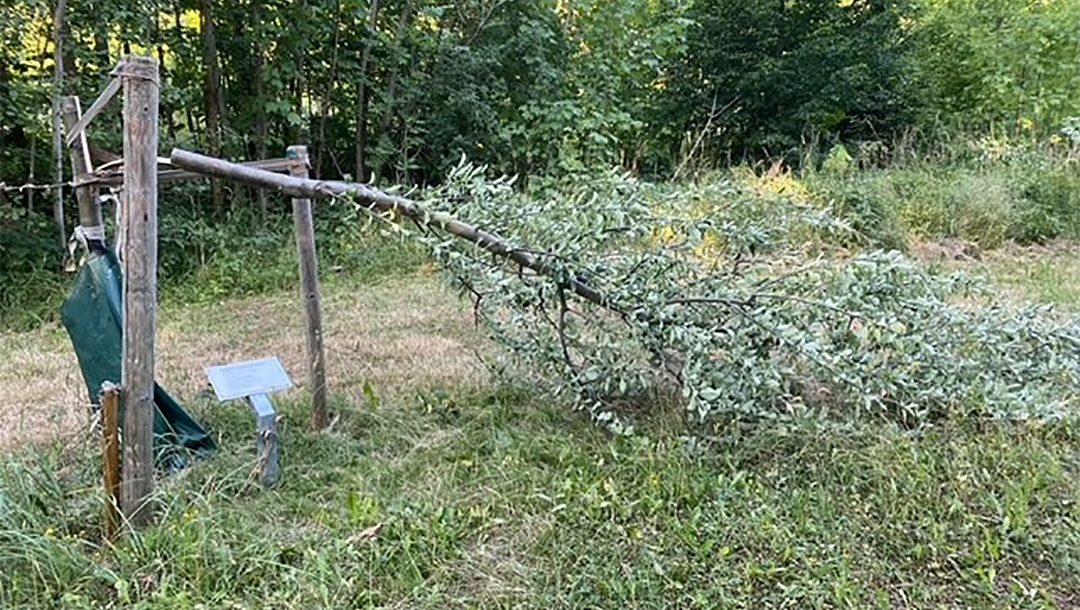 (JTA) — In the same week, sets of unidentified individuals cut down trees planted to commemorate Holocaust victims near the former Nazi camp of Buchenwald in Germany and drew swastikas were onto one of the concrete slabs of Berlin’s Holocaust memorial.

Near Buchenwald, the perpetrators on Tuesday sawed off the tops of seven trees planted along a road that used to lead to the camp, the DPA news agency reported.

The trees were planted earlier this year as part of a commemorative project titled “1,000 beeches for Buchenwald,” through which relatives of some of the victims murdered there planted dozens of trees commemorating their families across the campground.

The perpetrators did not take any branches, leaving the tree tops lying near the trunks.

The International Auschwitz Committee, an association of survivors of that former camp in Nazi-occupied Poland, called the incident a “hateful and calculated demonstration of power by neo-Nazis.” Police told DPA that they do not have concrete information on the perpetrators.

Buchenwald was one of the first concentration camps built by the Nazis, who from its construction in 1937 to its liberation in 1945 imprisoned about 238,000 people there. Of those, over 40,000 died.

In a separate incident in Berlin a few days earlier, two swastikas were found etched onto the surface of one of the slabs of the city’s famed Memorial to the Murdered Jews of Europe. The vandals also wrote “Heil Hitler” on the monument. Police are looking for the culprits but currently have no suspects in custody.