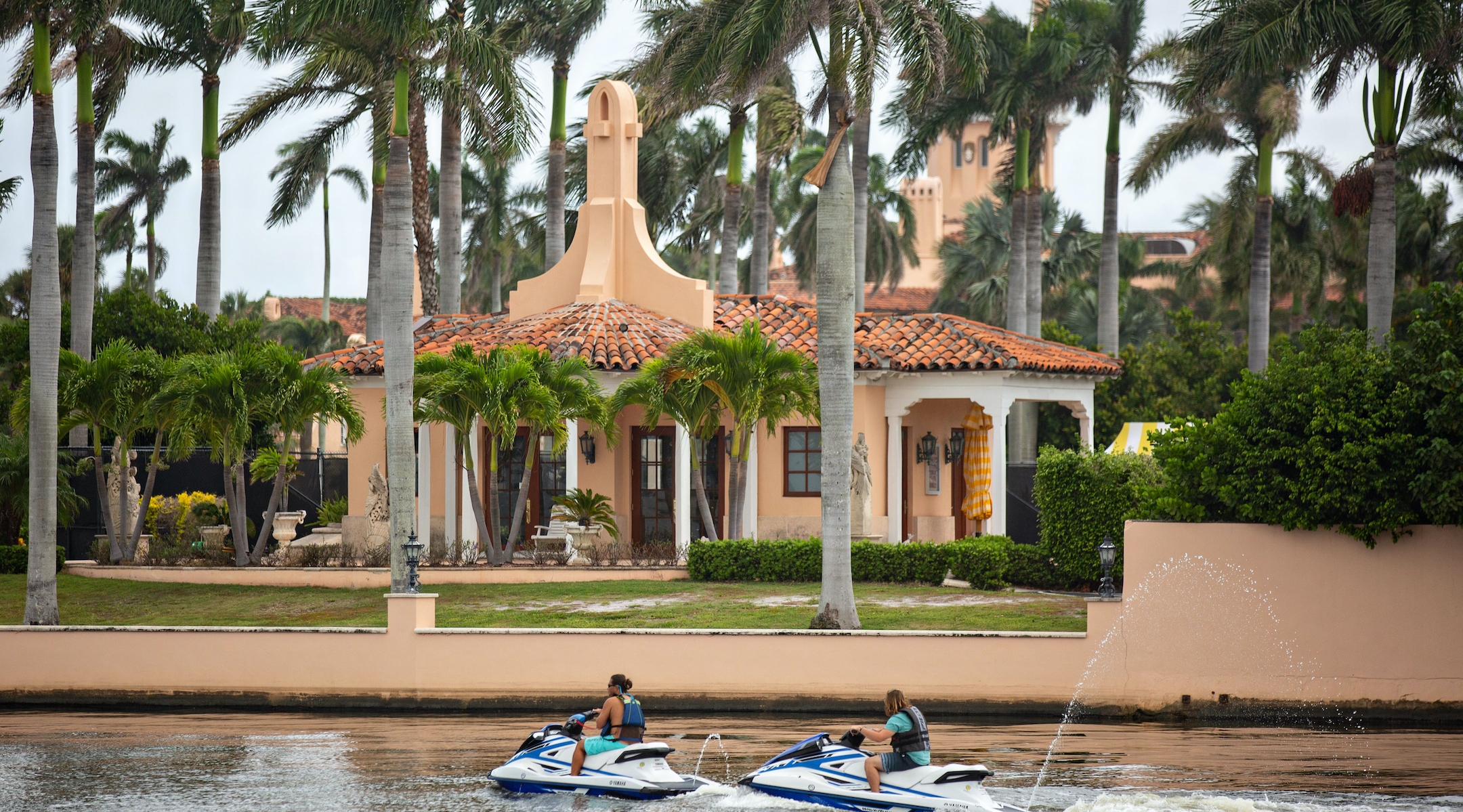 A view of former President Donald Trump's Mar-a-Lago property, which was raided by the FBI on Aug. 8, 2022. (Jason Armond/Los Angeles Times via Getty Images)
Advertisement

(JTA) — Bruce Reinhart, the federal judge in Florida who signed the warrant allowing the FBI to raid former President Donald Trump’s Mar-a-Lago property on Tuesday, has been hit with a wave of antisemitic threats online.

The outburst has appeared on right-wing social media platforms and message boards, where users have published the judge’s name, address and personal information. Threats have been directed at his children and supposed family members as well.

Reinhart, who appears to be a member of the board of Temple Beth David in Palm Beach Gardens, has been a magistrate judge for the Southern District of Florida since 2018.

Calls for violence have accompanied antisemitic slurs and conspiracy theories, many referencing how Reinhart represented former employees of Jeffrey Epstein during a case involving the late convicted sex trafficker in 2008. Prior to the Epstein case, Reinhart worked as a federal prosecutor and then in a private practice until 2018.

One user on 4chan, an online message board known for racist activity, wrote: “About that Judge that signed the search Warrant…Bruce Reinhart once quit his job as a U.S. Attorney to work for Jeffrey Epstein.” Another responded writing, “That is a k***. And a pedophile …  He should be tried for treason and executed.”

“I see a rope around his neck,” wrote a user on the separate pro-Trump message board formerly called TheDonald, according to Vice News.

The Mar-a-Lago raid concerned confidential documents that Trump allegedly removed from the White House when he left in 2021. Subsequent right-wing outrage from many of his supporters has included calls for civil war and abolishment of the FBI and IRS.