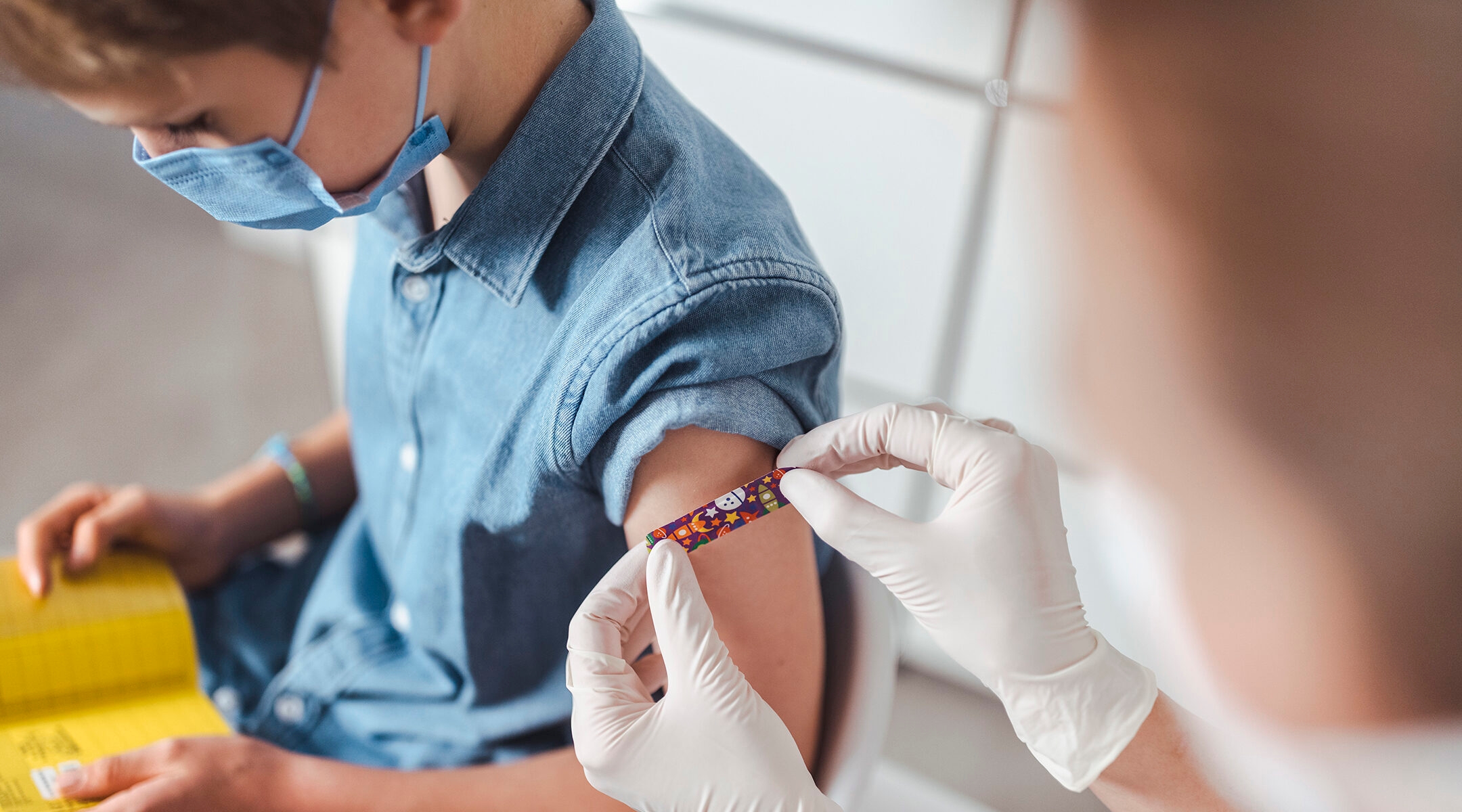 A nurse puts an adhesive bandage on a child's arm at vaccination center. (Getty Images)
Advertisement

(New York Jewish Week) — Polio has been detected in New York City wastewater, three weeks after a Jewish man in Rockland County was diagnosed with the first polio case in the U.S. in 10 years.

The announcement suggests that the potentially deadly virus is circulating in the city, officials say.

New York City and State health officials made the joint announcement on Friday. Traces of polio had previously been found in wastewater samples from Rockland and Orange Counties, north of the city.

“The risk to New Yorkers is real but the defense is so simple — get vaccinated against polio,” New York City Health Commissioner Ashwin Vasan said in a statement. “Polio is entirely preventable and its reappearance should be a call to action for all of us.”

After the Rockland man was identified as an Orthodox Jew, attention turned to the Orthodox Jewish communities in suburban New York and Brooklyn, where there are pockets of people resistant to getting vaccines. Williamsburg, Brooklyn — home to one of the largest Orthodox Jewish populations in the state — has the city’s lowest rate of polio vaccination, with a 56.3% of children between the ages of 6 months and 5 years having had three doses of the vaccine, according to the New York Citywide Immunization Registry.

The press release said that “of particular concern are neighborhoods where coverage of children aged six-months to five-years-old with three doses of polio vaccine is less than 70%, putting these children at risk of contracting polio.”

Citywide, 86.2% of children have been vaccinated against polio.

The New York State Department of Health said that Rockland County, which also has a sizable Orthodox population, currently has a polio vaccination rate of 60.5% among 2-year-olds, compared to the statewide average of 79.1%.

Shortly after the Rockland polio patient was announced July 21, New York City health officials held a conference call with leaders of Brooklyn’s haredi Orthodox community. During the call, officials from the New York City Department of Health and Mental Hygiene urged the leaders to encourage members of the city’s large haredi and Hasidic communities to get the polio vaccine.

The United Jewish Organization of Williamsburg, which represents the Satmar Hasidic community in Brooklyn, urged the community to get vaccinated in a press release sent out almost two weeks ago.

“Polio is something that when people hear about it, they shiver,” Niederman said. “Everybody is concerned.”

In a press release, State Health Commissioner Mary T. Basset said that the detection of polio in the city is “alarming, but not surprising.”

“For every one case of paralytic polio identified, hundreds more may be undetected,” Basset said.

As of press time, the Rockland county man — described by a source wishing to remain anonymous as a “young adult, in a wheelchair” who “got married recently” — is the only known case of polio. According to the source, he is home from the hospital and reportedly living at his parents’ home with his wife.

Officials are urging anyone who is unvaccinated to get vaccinated to protect themselves. For more information on polio vaccinations, visit health.ny.gov/polio.