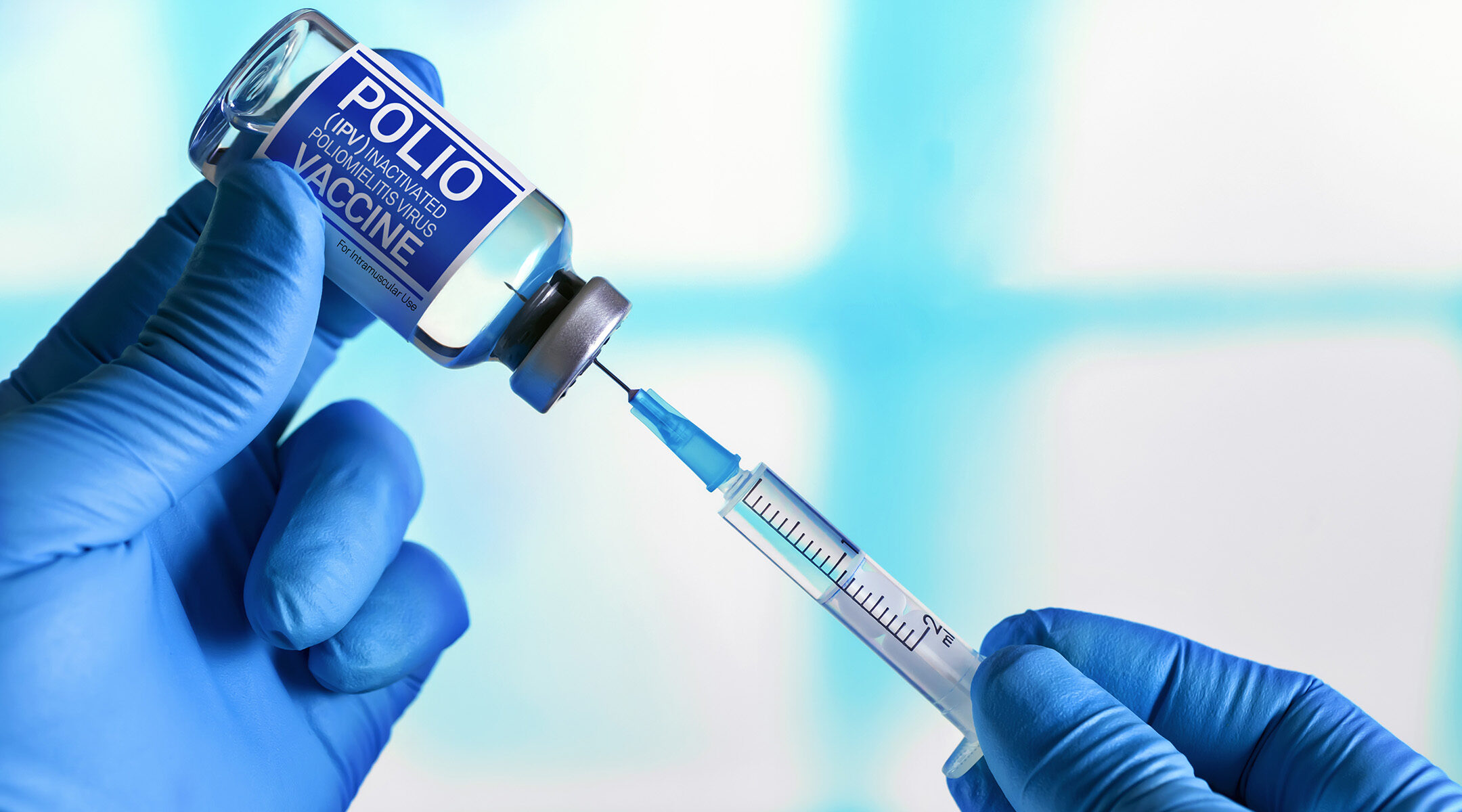 During the call, held two weeks ago and scheduled before the man’s case was reported on July 21, officials from the New York City Department of Health and Mental Hygiene urged the leaders to encourage members of the city’s large haredi and Hasidic communities to get the polio vaccine.

A measles outbreak in 2019 centered in Rockland, as well as lower-than-average COVID-19 vaccination rates in heavily Jewish zip codes, have focused concern on pockets of vaccine resistance among haredi Orthodox Jews.

“The fact that there is already such a severe case [of polio] is an indication that there are likely many more undiagnosed infections,” said a press release about the meeting from the United Jewish Organization of Williamsburg, which represents the Satmar Hasidic community in Brooklyn.

Representing the Orthodox communities was Rabbi David Niederman, executive director of the UJO, and other community leaders.

“They wanted to alert us that come the new school year, everybody should be vaccinated,” Niederman told the New York Jewish Week. “It was very important and helpful outreach to make sure that, God forbid, we don’t have any cases over here.”

Polio is a highly contagious viral infection. The most important way to prevent polio is to get vaccinated. If your children are not yet vaccinated against polio, talk to your health care provider or call 311: https://t.co/HVfYyj35LN pic.twitter.com/okEeAU0767

A New York City health department spokesperson also confirmed the meeting in an email to the New York Jewish Week, saying it was “a previously scheduled meeting” that provided basic information on the importance of  vaccinating against polio.

Local health officials, who launched a drive to increase vaccination against the potentially deadly virus, said the victim was experiencing paralysis, a hallmark of the disease, and that he had not been vaccinated against it.

The New York State Department of Health said that Rockland County currently has a polio vaccination rate of 60.5% among 2-year-olds, compared to the statewide average of 79.1%. Multiple sources told the New York Jewish Week that the 20-year-old man diagnosed with polio is part of Rockland County’s substantial Jewish community.

Although the UJO press release spoke of the possibility of more undiagnosed cases, Niederman asserted that “people are vaccinated here” in Williamsburg and said that the meeting was more about alerting parents before the school year starts. “The fact that there hasn’t even been one case over here shows you that people are vaccinated,” he said.

Another individual on the call who wished to remain anonymous was worried that people were singling out the Orthodox community. “We don’t want to be out there saying this is a Jewish issue,” the source said. “You have to understand the sensitivity.”

Polio is a highly contagious disease that can cause paralysis and even death. Before an effective vaccine was developed in the early 1950s, tens of thousands of Americans were infected annually; some wound up with permanent disabilities and a handful were consigned to iron lungs, machines that would help them breathe mechanically after their own bodies were too weakened to do so on their own. A 1952 outbreak killed more than 3,000 people, mostly children.

“Polio is something that when people hear about it, they shiver,” Niederman said. “Everybody is concerned.”

The polio victim is reportedly living at his parents’ home with his wife. “He was released from the hospital,” one source told the New York Jewish Week on condition of anonymity. “He’s a young adult, in a wheelchair. He got married recently.”

Meanwhile, the New York State Department of Health said in a separate press release that they launched a wastewater surveillance investigation with the Centers for Disease Control and Prevention in the region, which lead to the discovery of polio virus samples from June in Rockland County. The investigation showed that the samples are linked to other samples from Jerusalem and London.

Officials are urging anyone who is unvaccinated to get vaccinated to protect themselves. For more information on polio vaccinations, visit health.ny.gov/polio.