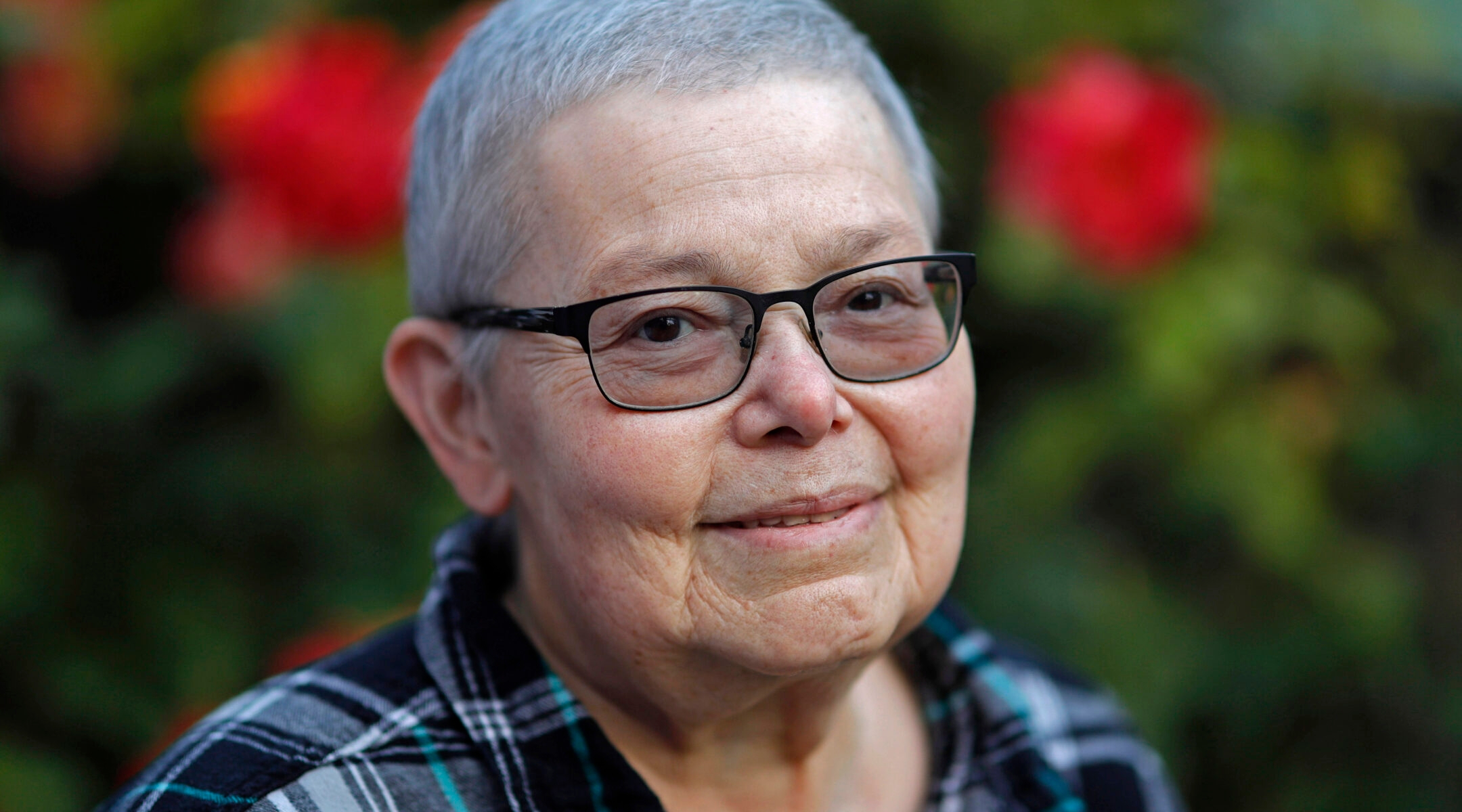 (JTA/J. The Jewish News of Northern California) — “Beyond the Pale,” Elana Dykewomon’s award-winning 1997 novel, traced the intertwined stories of Jewish lesbians from Kishinev, Moldova, to the Lower East Side, in a saga that included both Russian pogroms and the deadly Triangle Shirtwaist Factory fire.

“It can’t be that we are the first generation of Jewish lesbian activists on the planet,” Dykewoman said at the time. “So part of what the novel is about is searching for our ancestors and ancestral community as Jewish lesbians.”

The book won the 1998 Lambda Literary Award for lesbian fiction and was reissued in 2013. It remains a classic in the genre, where Dykewomon, who died this week at 72, was a pioneer.

Dykewomon’s death Sunday in Oakland, California, where she had lived for many years, was caused by esophageal cancer, according to her family. It came just minutes before her first play, inspired by the 2016 death of her wife, was to be performed in an elite festival.

“We mourn the loss of Elana Dykewomon, a queer activist, author, and teacher with a fiercely dedicated readership,” the Jewish Women’s Archive said in a tweet, in one of many tributes to come after Dykewomon’s death. “May her memory be a blessing.”

Born Elana Nachman in New York City in 1949, Dykewomon changed her name after the publication of her first novel, “Riverfinger Women,” in 1974. She wanted to distance herself from the Nachman line of rabbis from whom she descended, she told J. The Jewish News of Northern California, in 1997. She adopted Dykewoman, then Dykewomon, to demonstrate her allegiance to the lesbian community — but later regretted not using her name to assert her Jewish identity, too.

“If I had to do it all over again, I might have chosen Dykestein or Dykeberg,” she said at the time.

Dykewomon was raised in a fiercely Zionist household; her father fought in Israel’s War of Independence, and her mother worked with a Zionist smuggling ring. Dykewomon spent part of her childhood in Puerto Rico, studied fine art at Reed College in Portland, Oregon, and settled in Oakland, California, in the early 1980s. She was drawn to the area because of its Jewish lesbian activist community, she told J.

Though she rejected religion after becoming a radical feminist, she said, she studied Yiddish, Torah and Talmud while writing “Beyond the Pale”; often wrote on Jewish themes; and frequently included Jewish characters in her work. The 2009 novel “Risk,” for example, featured a Jewish lesbian who lives in Oakland and makes a living tutoring high school students.

In addition to writing, she edited Sinister Wisdom, a lesbian literary and art journal, from 1987 to 1994. In “The Tribe of Dina,” a two-part special issue in 1986 dedicated to Jewish women’s perspectives, she penned a story from the point of view of a woman wandering in the desert with the Israelites after leaving Egypt. In 2021 she co-edited a special issue titled “To Be a Jewish Dyke in the 21st Century.”

Dykewomon was one of five playwrights to have works selected for this year’s Bay Area Playwrights Festival, out of 240 who submitted plays. This summer, she worked with the actors who would perform two staged readings of “How to Let Your Lover Die” — first on July 30, then on Aug. 7. Her death was announced and mourned in the chat of the second event’s livestream.

“I would like to see it at least have a reading before I die, which I expect to do,” she told J. matter-of-factly in an interview in July. “But it’s not so tragic to die.”