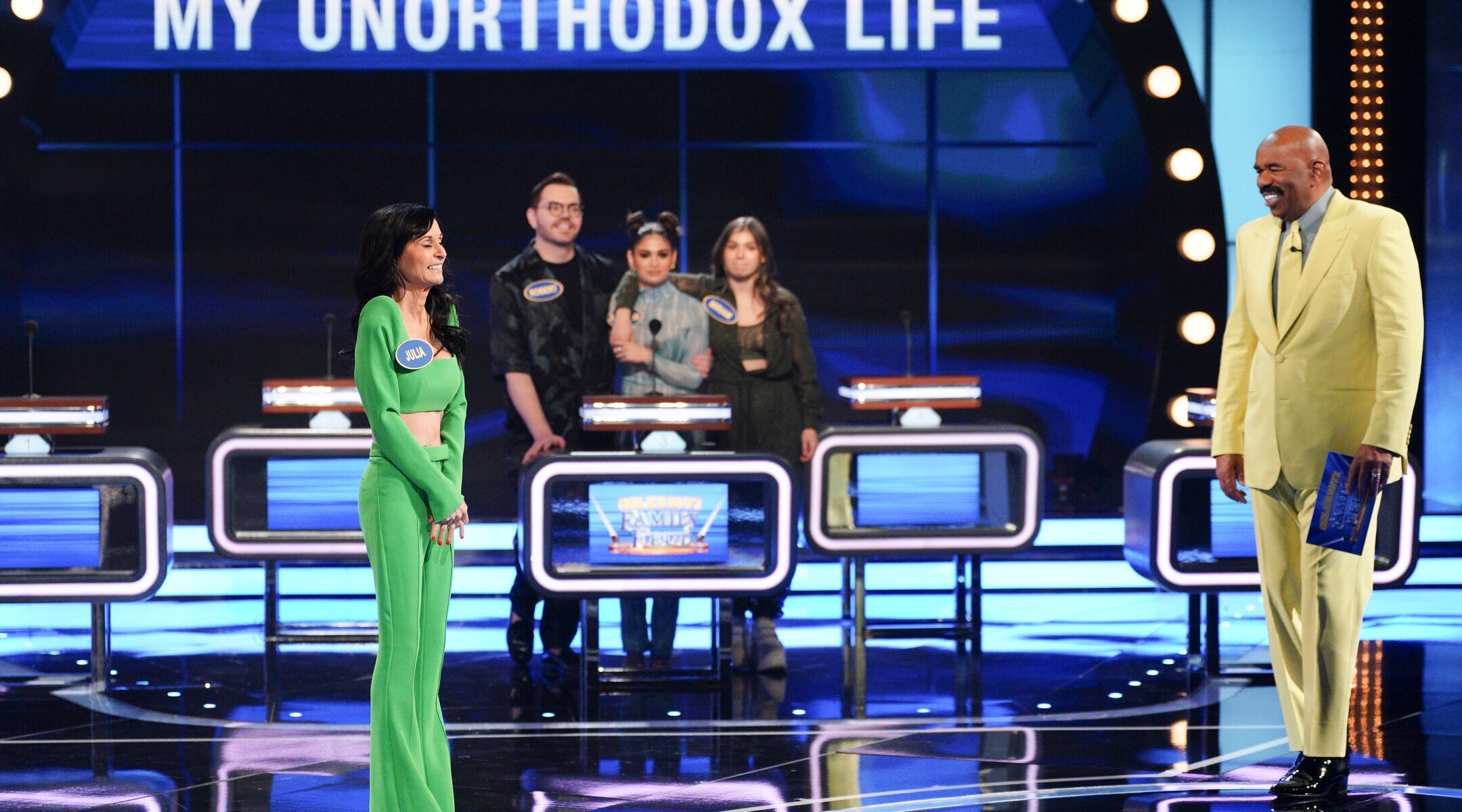 (JTA) — On Netflix’s “My Unorthodox Life,” both Julia Haart and her older daughter Batsheva said they regretted getting married as teenagers, the norm in their Orthodox Jewish community.

So when the family landed a spot on “Celebrity Family Feud,” the star-studded version of the classic TV game show, they said anything they won would go to a group dedicated to opposing child marriage.

On the episode that aired Sunday night, the Haarts prevailed over a set of personalities from the Bravo reality-TV show “Summer House” and sent $25,000 to VOW for Girls, a nonprofit that aims to eliminate the 12 million marriages a year that take place globally involving girls younger than 18.

“My daughter Batsheva and I were married off as teenagers,” Julia Haart wrote in an Instagram post promoting the family’s appearance. “That is not something that any teenager should have to do.” (Both women were married at 19.)

Three of Julia Haart’s four children — Batsheva, Shlomo and recent Birthright Israel traveler Miriam — joined her in competing on the show, along with Robert Brotherton, her assistant-turned-business-partner whose own family drama was a prominent storyline in the first season of “My Unorthodox Life.” They volunteered answers to questions about what makes a kiss bad — “No passion,” Shlomo Haart suggested — and what parents do after their kids leave home, among others, ultimately eking out a victory over the “Summer House” crew.

The apparently close-knit family has undergone some major life changes since the Netflix show focused on Julia Haart’s departure from Orthodoxy and subsequent career in fashion in a first season that aired last summer. Both Julia and Batsheva went through divorces, with Batsheva and Ben Weinstein citing their marriage at a young age as a reason for strain.

Julia Haart’s acrimonious divorce from Silvio Scaglia cost her her role at Elite World Group, the fashion company where they were co-CEOs. Her firing reportedly took place as cameras rolled for taping a second season of “My Unorthodox Life.” But while Julia Haart announced the second season on “The Ellen Degeneres Show” last year, Netflix has not yet set a release date.