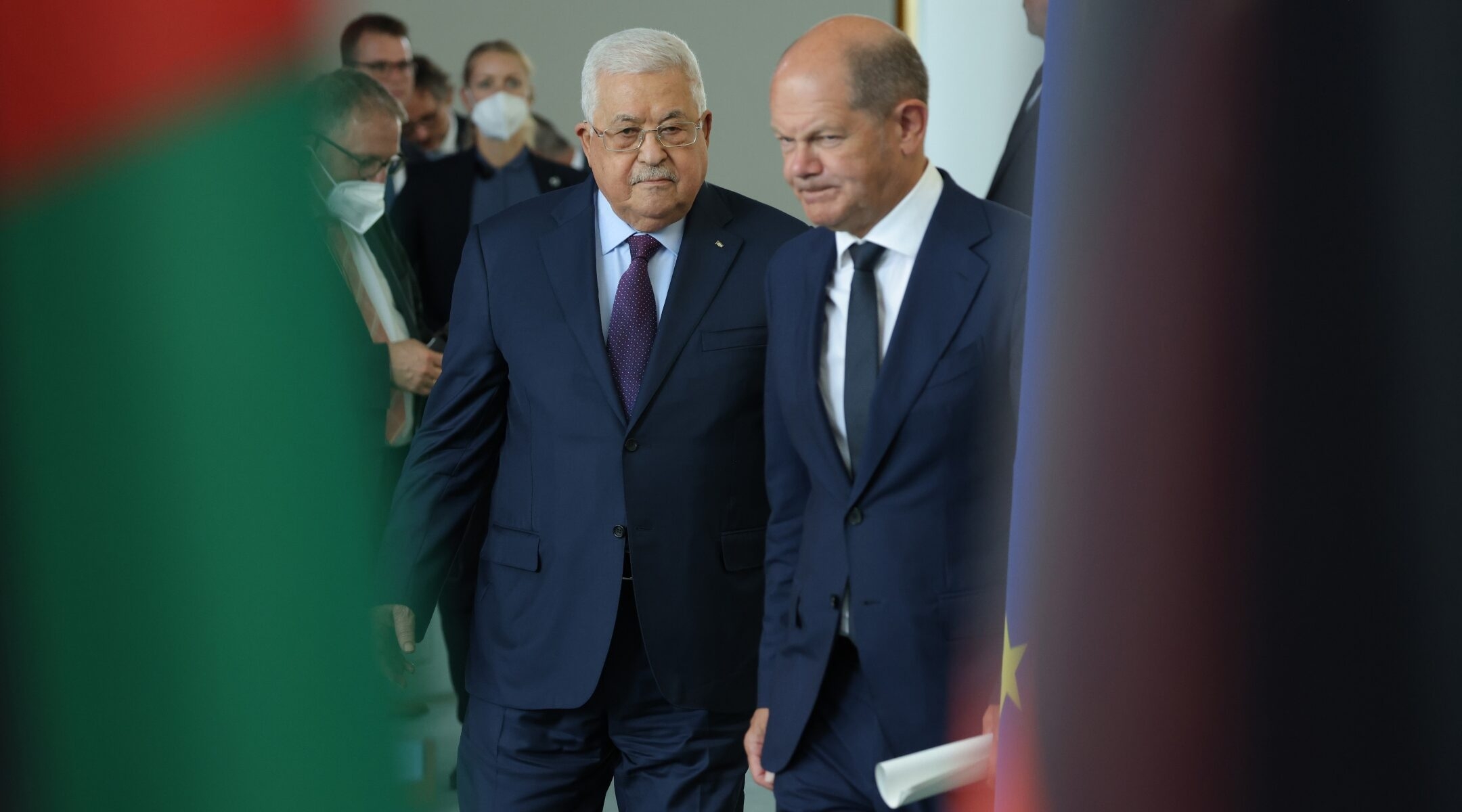 Abbas used the term in response on Tuesday to a reporter who asked if the Palestinian leader would apologize for the murder 50 years ago of 11 Israeli athletes during the 1972 Munich Olympics. An arm of the Palestine Liberation Organization carried out the attack, and the PLO and the Palestinian Authority are intertwined.

“If we want to go over the past, go ahead,” Abbas said in Arabic, standing alongside Scholz, The Times of Israel reported. “I have 50 slaughters that Israel committed … 50 massacres, 50 slaughters,” before switching to English to say “50 Holocausts.”

Scholz winced at hearing the term, which carries extra weight in Germany, but did not speak up.

According to the Times of Israel, the popular German daily BILD headlined a story “Antisemitism scandal: Abbas relativizes the Holocaust … and Scholz is silent.”

BILD reported that Scholz, who had already objected to Abbas’ use of the term “Apartheid” to describe Israeli practices in the West Bank, felt constrained to object a second time because the press conference was wrapping up.

“Before the Chancellor could contradict this outrageous sentence, the government spokesman had already moderated the press conference — as usual after the last question/answer block — which visibly annoyed Scholz,” a Scholz spokesman told BILD. “The government spokesman then told the journalists who were still present, who could not help noticing the chancellor’s annoyance, how outraged the chancellor was about the statement and also that he had not had the opportunity to openly contradict one more time.”

Scholz was quoted as saying in a statement: “Especially for us Germans, any relativization of the Holocaust is unbearable and unacceptable.”

The German government is planning a ceremony in Munich next month to mark 50 years since the Olympics murders.