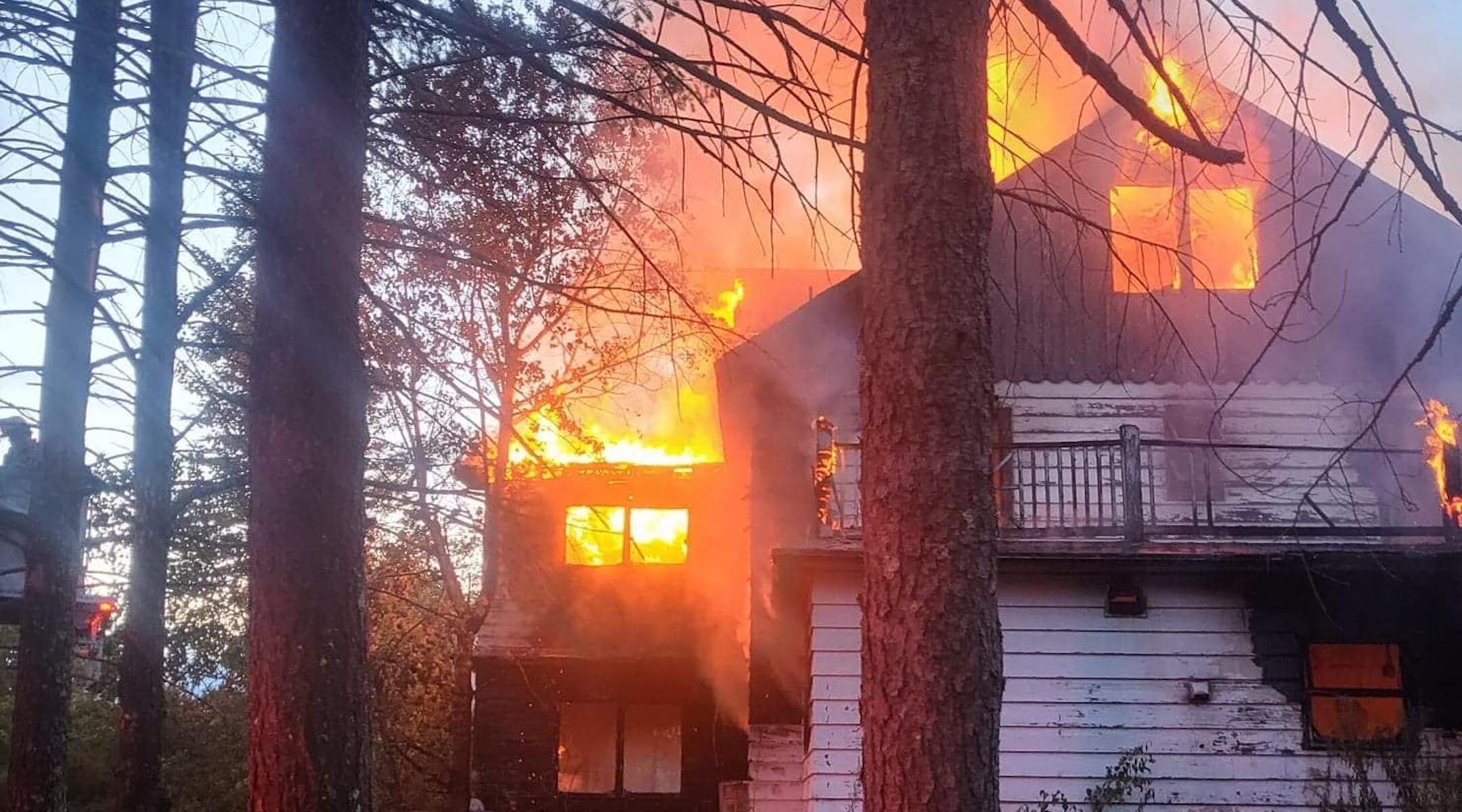 A fire at the location of the Grossinger's Catskill Resort Hotel, which was demolished in 2018, destroyed a building on Tuesday night. (Liberty Fire Department Facebook)
Advertisement

(New York Jewish Week) — An abandoned building on the site of the late Grossinger’s Catskill Resort Hotel was consumed by a fire, the Liberty, N.Y. Fire Department reported on Facebook.

The resort, which closed in 1986 after 70 years of operation, was demolished in 2018. It was one of the largest and best-known destinations in the “Borscht Belt,” the Catskill Mountains region that was a popular Jewish vacation destination well into the 1960s.

It was not immediately clear what the three-and-a-half story building was used for, the Associated Press reported, although comments on the Facebook post suggested it was the former house of Elaine Grossinger-Etess, who was the daughter of the resort’s celebrated hostess and executive Jennie Grossinger. The main building of the resort had already been demolished.

Under the leadership of Jennie Grossinger, the resort operated 36 buildings, a ski slope, golf course and swimming pool, along with two kosher kitchens. It could accommodate nearly 1,500 guests. Located near Liberty and abut a two-hour drive north of New York City, Grossinger’s also had a small post office and airfield, which is no longer operating.

The resort is often cited as the inspiration for Kellerman’s Mountain House resort in “Dirty Dancing,” the 1987 period rom-com starring Jennifer Grey. Screenwriter Eleanor Bergstein vacationed at Grossinger’s as a child.

The cause of the fire, which occurred Tuesday night, is under investigation, though police received reports of a teenager running into nearby woods, the Mid Hudson News reported.