Barre Seid, donor to pro-Israel causes, is behind $1.6 billion donation to conservative nonprofit 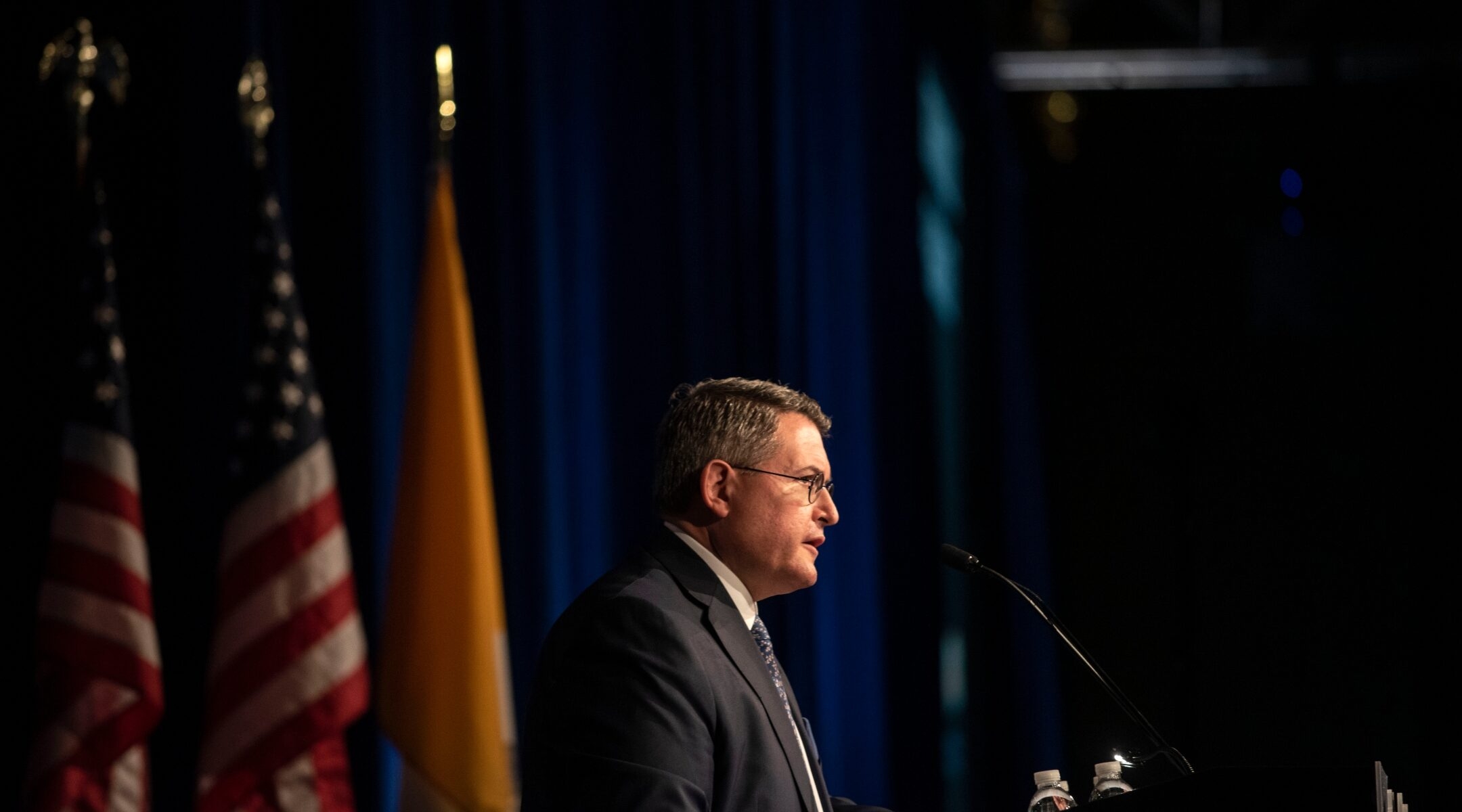 (JTA) — Barre Seid, a low-profile donor to conservative and pro-Israel causes, made a historic $1.6 billion donation last year to a conservative group that seeks to influence policy in the United States.

The New York Times reported on Monday that the massive infusion went to the Marble Freedom Trust. The group is run by veteran political operative Leonard Leo, who for years led the Federalist Society group of conservative activists and is credited with helping produce the current conservative majority on the Supreme Court.

Seid helmed Tripp Lite, a company that manufactures electronic goods, for decades and has donated to a number of conservative outfits, as well as to Jewish and pro-Israel causes. In 2010, Bar-Ilan University gave him an honorary degree for “supporting those organizations which will fortify Israel’s position in the world.” He has also donated to the Jewish Camp Foundation.

The Times reports that the donation is “among the largest — if not the largest — single contributions ever made to a politically focused nonprofit.” Seid used a complex mechanism, donating shares of Tripp Lite to the Marble Trust prior to its sale to an overseas group, likely as a means of avoiding taxes on the proceeds of the sale.

The Chicago-based electronics magnate is rarely photographed — an exception was a cupcake celebration in 2015, marking 56 years of running his company.

Salon published an article in 2010 suggesting Seid funded the Clarion Fund’s controversial distribution of a DVD titled “Obsession Radical Islam’s War With the West” to voters ahead of the 2008 presidential elections. Salon’s article spotlighted a previously unreported document submitted to the IRS by Clarion listing Seid as donating nearly $17 million to the organization in 2008. Seid’s assistant denied he had ever donated to Clarion and a Clarion spokesman sent an email to Salon stating that “the sources of anonymous donations to the Clarion Fund in 2008 have been incorrectly identified.” The Salon article concluded by noting that a similarly sized contribution was made by a donor advised fund, which declined to identify the source of the funding for the donation.