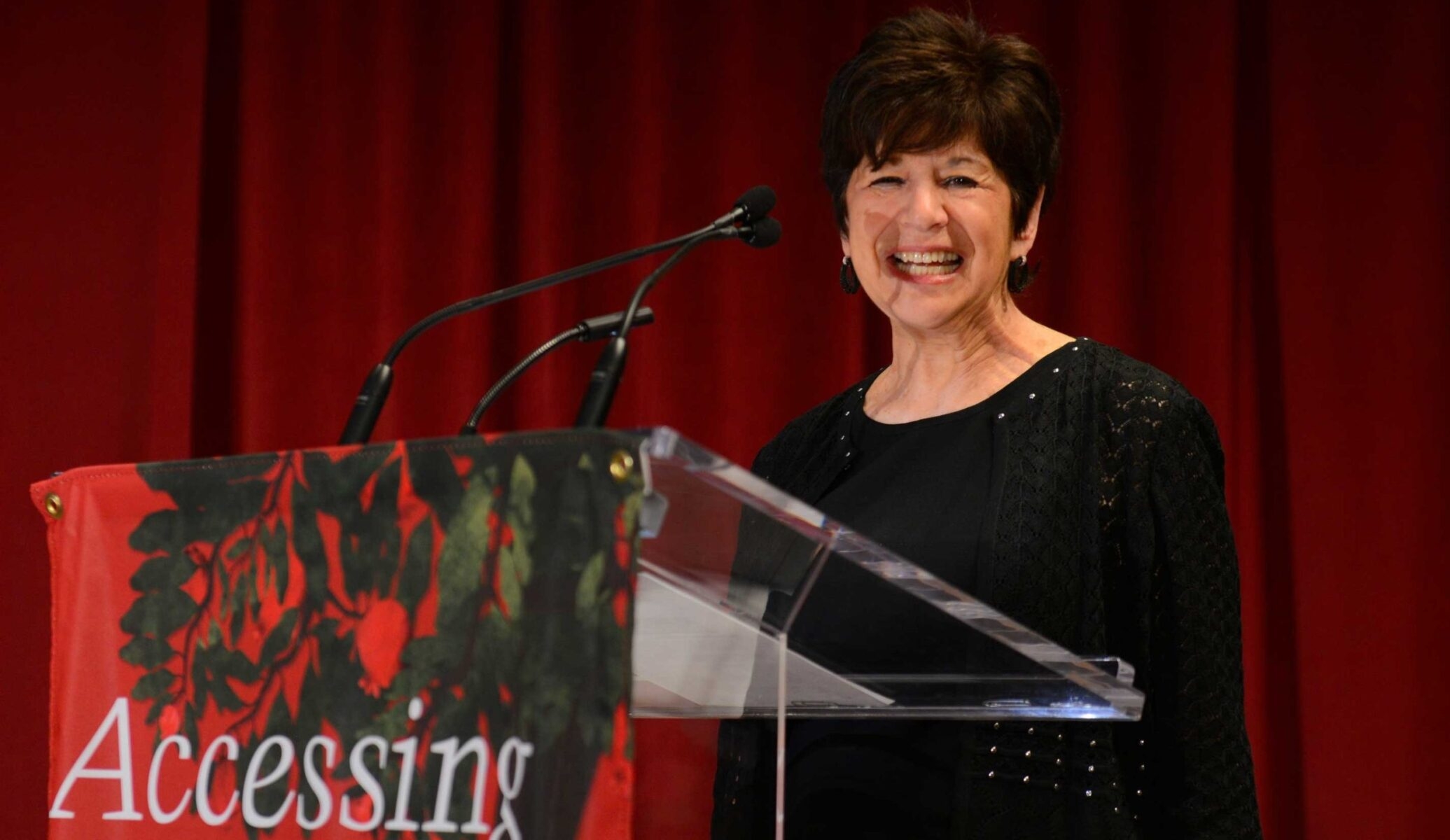 Harlene Winnick Appelman in an undated photo provided by the Covenant Foundation.
Advertisement

(JTA) — Rabbi Rachel Isaacs hit brick wall after brick wall while looking for funding for the group she runs, the Center for Small Town Jewish Life in Maine, several years ago. The outlier was the Covenant Foundation, which supports Jewish education, and whose executive director, Harlene Winnick Appelman, had grown up in a small town.

“Rachel, I want to tell you something. I grew up in Elmira, NY. I know exactly what you are talking about. I know what those small shuls produce — the leadership, the commitment, the dedication,” Isaacs recalled Appelman telling her during a Zoom interview that would lead to an infusion of funding. “I am a small town Jew. I see what you are doing — it matters. It matters!”

Isaacs offered the recollection in a Facebook post marking Appelman’s death Aug. 18 at her home in Ann Arbor, Michigan. She was 75 and had been suffering from cancer.

“She was an incredible gift,” Isaacs said in one of many posts from Jewish educators who said Appelman had mentored and inspired them.

“I am one of an entire congregation of Jewish educational leaders who Harlene mentored, supported, prodded and constructively critiqued, promoted, and made feel special,” Rabbi Shira Koch Epstein, a protege of Appelman who now is the executive director of the Center for Rabbinic Innovation, said in a Facebook post. “I think of her every day in my work. I only wish that I had another day to send her a text to say so.”

Appelman led the Covenant Foundation, which funds and promotes Jewish education, from 2005 until last year, when she retired. She was on its board of directors from 1994 until her death.

Born in upstate New York, Appelman’s career in Jewish education took off in 1982 when she became the director of family life education at Congregation Shaarey Zedek in Southfield, a Detroit suburb. There, she pioneered interactive Jewish learning, bringing children out of dry frontal settings into a more tactile experience of Judaism.

She established a hands-on Jewish museum, Shalom Street, and developed programs such as “Shabbat in a Box” and “So You Want to Be a Jewish Parent” that educated not only children but their families, quickly winning a national award from the Conservative movement for her innovations.

“Do involve children in the preparations,” she wrote in the foreword to “A Seder for Tu B’Shvat,” a book she co-wrote for the winter day marking the Jewish new year for trees. “They may make wall hangings, place cards, set the table, help peel and cut up the fruit.”

The seder itself made brought to life the newness of the year by likening it to the everyday objects that children might delight in. “When you think of a new year what do you picture?” it said. “The beginning of a school year with a new notebook, book bag or lunch box?”

She brought the same everyday sensibility in her writings for adults. Writing in 2017 in the Los Angeles Jewish Journal about the month of Elul, she said prayer should be as comfortable as putting on shoes.

“Everyone has a shoe story: new shoes for that first day of school, new shoes for the High holidays, new shoes for a job or a new fitness program or a birthday, ball or wedding,” she wrote. “And, in fact, those shoes and the stories that go with them shape the steps by which we approach each day, each task or each event. Putting on shoes each day is an act of faith. It shows purpose, determination, and a willingness to encounter the future.”

At the Covenant Foundation, Appelman she initiated a grant program for innovation in Jewish schools, launched the Pomegranate Prize recognizing emerging leaders in Jewish education and launched Sight Line, a journal for Jewish educators. The initiatives and educators she supported are influencing Jewish life around the country and world.

“Her fierce commitment to this work made an indelible mark on the field, as she raised the bar for what outstanding Jewish education looks like,” the Covenant Foundation said in a remembrance.

Appelman is survived by her husband Henry, five children and seven grandchildren. She was buried in Ann Arbor on Tuesday.