‘Quiet quitting,’ the sudden trend in work, sounds sort of … Jewish? (Hear me out.) 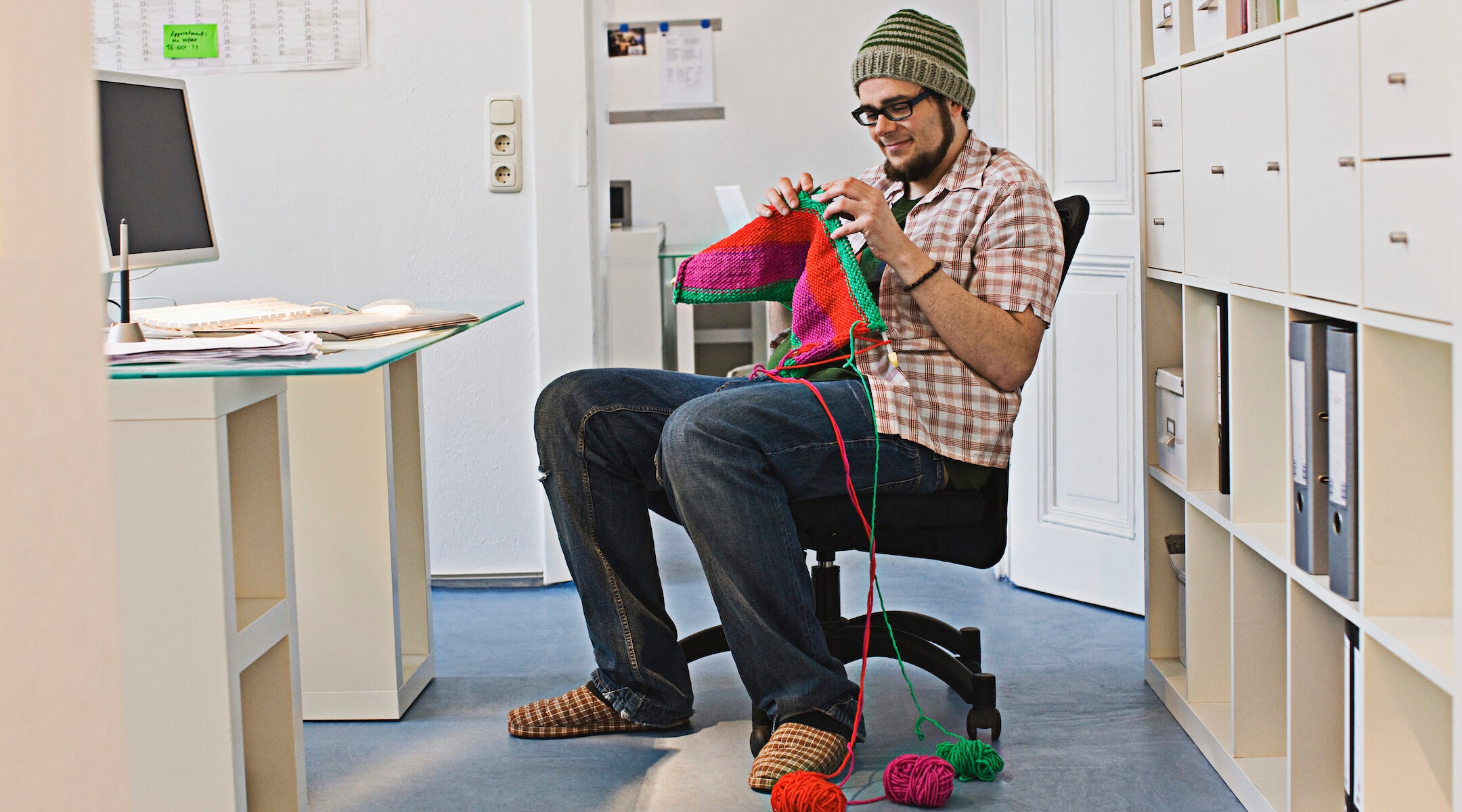 (JTA) — I hadn’t heard of “quiet quitting” until about 10 minutes ago. Since then every major news outlet has done a story on this purported trend, defined as a movement among office workers to draw firmer work-life boundaries by doing less work. It means closing your laptop at 5 p.m. when your cubicle-mate is staying late to finish a project. It means turning off notifications on your phone so you can’t check your work emails after hours. It can mean doing the bare minimum and still hanging onto your job.

On a grander scale, it means cooling your hottest ambitions in favor of a saner work-life balance.

Of course, to a certain kind of devotee of the attention economy, this sounds like nothing less than slacking off. “Quiet quitting isn’t just about quitting on a job, it’s a step toward quitting on life,” huffed Arianna Huffington, in a LinkedIn post. The Fox News host Tomi Lahren said it’s just a euphemism for being “LAZY” (she added an expletive).

I don’t have a dog in this fight, since I am not a “quiet quitter.” (I am more a “person without any hobbies or little kids, who if he closes his laptop at 5 p.m. doesn’t know what to do with himself.”) But I understand the impulse. Technology and corporate culture conspire to blur the lines between work and office. The demise of unions has shifted the workplace power balance to employers. For those who could work at home, the pandemic obliterated the boundaries between on and off hours.

“Quitting” is a terrible way to describe what is really doing your job, no more and no less. It only feels like “quitting” to a culture that demands that you sacrifice private time to your employer or career. This peculiarly American “ethic” shows up, for instance, in vacations: Americans get on average 10 fewer vacation days a year than Europeans because, unlike the European Union, the United States does not federally mandate paid vacation or holidays.

Just reading a New York Times article about how eight of the 10 largest private U.S. employers are using tracking software to monitor their employees made me feel guilty and anxious — even though I was reading the article as part of my job.

If quiet quitting were actually slacking, it would run afoul of Jewish law. “Jewish employees are obligated to work at full capacity during their work hours and not to ‘steal time’ from their employers,” writes Rabbi Jill Jacobs in a responsa — legal opinion — called “Work, Workers and the Jewish Owner,” written for the Conservative movement in 2008. And yet this warning aside, Jewish law is much more concerned with employers who take advantage of employees rather than the other way around.

Jacobs — now the executive director of T’ruah, the rabbinic human rights group — describes nine principles of workplace justice in the Torah, and nearly all are addressed to the employer. These include treating workers with “dignity and respect” and paying them a living wage and on time.

“The ideal worker-employer relationship should be one of trusted partnership,” she writes, “in which each party looks out for the well-being of the other, and in which the two parties consider themselves to be working together for the perfection of the divine world.”

This is not exactly what we now know as the “Protestant work ethic.” The rabbis of the Talmud did not tie hard work and economic success to divine salvation. No doubt, they understand that people need to and should work for a living. “In traditional sources, work is often regarded as necessary, and certainly better than idleness (which can lead to sin),” according to a helpful article from My Jewish Learning.

And yet, because the study of Torah is considered the ideal use of one’s time (assuming you are a man, anyway) the rabbis were clearly wary of occupations and ambitions that demanded too much of a worker. In Pirkei Avot, the collection of ethical sayings from the Mishnah, Rabbi Meir says, “Minimize business and engage in Torah.” The rabbis, My Jewish Learning explains, “were clearly worried that excessive pursuit of material well-being would distract from higher pursuits.”

The artist Jenny Odell’s 2019 manifesto about quitting the “attention economy,” “How to Do Nothing,” similarly rejects “a frame of reference in which value is determined by productivity, the strength of one’s career, and individual entrepreneurship.”

Easier said than done, however. Her antidote — to “stand apart,” to embrace “solitude, observation, and simple conviviality” — is perhaps more feasible if you are an artist rather than an office-worker, let alone a factory worker, home health aide or Amazon warehouse runner. (She spends a lot of time birdwatching and retreating to mountain cabins.)

To her credit, Odell  quotes Samuel Gompers, the Jewish-British immigrant and labor leader who championed the eight-hour workday as far back as 1886. In an address asking “What Does Labor Want?”, Gompers answered by quoting Psalms: “It wants the earth and the fullness thereof.”

What most people want, I suspect, is simply more control over their time and mind-space, and to keep work from leaking into their private lives — and maybe vice-versa. They want to do work that matters, and the private time to decompress, reconnect and take care of stuff.

It’s telling that there is no commandment in Torah to work, but there are plenty to rest. Shabbat is a literal day of rest, but it is also a mindset. It strictly defines profane productivity, in order to carve out space and time for the sacred. This Jewish attitude toward work and rest is not about quitting, but it is about occasional quiet.